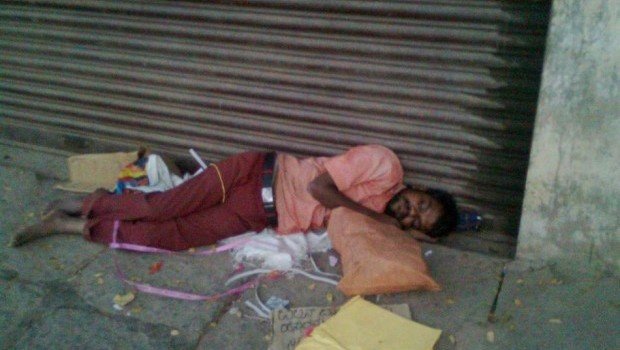 THE NIGHT OF THE DAMNED 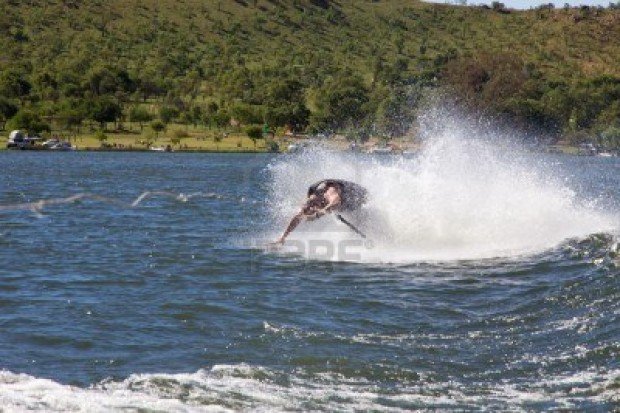 This is not me. My wipe-out was far more horrendous

It does a man good to sleep under the stars.

Especially if there is a campfire involved. Reflected orange flames dancing off the bike; the smoky tang of burning gum tree and vaguely rancid sleeping bag in your nostrils; the sour afterbite of bad whisky on your tongue – all basking under the awesome indifference of the night sky.

Even when it all goes to shit, and the night becomes a shrieking, gelatinous circle of Hell into which you have been cast, and from which there is no escape and no end, it still does you good.

These days, I am fortunate enough to pick and choose when I wish to repose ’neath the vault of Heaven, but there was a time when circumstances did not permit such choice.

Like the night I lay whimpering near a footpath in Coonamble hoping one of the endless semi-trailers, hissing and grinding through their brakes and gearboxes three metres from where I lay, would run me over and end my misery.

At least I think it was Coonamble. It could have been Narromine. But there was a river involved, I’m certain of that. Anyway, how I came to be quivering in abject despair on its footpath is a cautionary tale for the youth, lest they too find themselves on a swag, beside a busy highway, swathed in wretchedness. Young motorcyclists must know that the ability to ride a motorcycle does in no way automatically confer upon one the ability to also water-ski.

Yes, it certainly came as a revelation to me, too. And I pondered it at length that evening in bastard Coonamblimine, as mosquitoes feasted upon my pain-riddled blood and my body hummed in existential agony. I was too disabled to even roll myself a few metres to the right and under the front axle of the next truck.

What led to this was an altogether harmless plan to go ride around the western arse-end of NSW with a bunch of mates. We’d stopped in Coonamblimine cos we needed petrol, then my mate remembered he had an old mate who lived two doors up from the servo who had a widow-making ski boat, three teenage daughters and fridge full of beer. One thing led to another and I found myself many beers later, tethered to the back of this bastard’s V8-powered ski-boat while his 18-year-old daughter held me from behind and giggled waterskiing instructions in my ear. In those happy few seconds before I was torn from the water like a dugong lassoed by a fighter jet, I could appreciate the similarities between motorcycle riding and water-skiing. Handlebars? Check! A few mates cheering me on? Check! Girl in bikini clutching my back? Check!

I didn’t get any further with the checklist. Old mate hit the ionic plasma-thrusters on his floating space ship and I came up out of that water like shit flung off a shovel. Champagne corks have less velocity departing their bottles.

Luckily, the bar was wrenched from my grip after the first bounce, so only two ribs and a small section of chest cartilage was destroyed. And my life jacket ensured I floated back to the surface after first wrenching free something important and horrible in my groin when I hit the river for the last time. A whale crashing into the ocean from orbit couldn’t have displaced more water.

Some hours later, I had been transported to old mate’s house where a party was being thrown to celebrate the fact that I wasn’t dead and that no-one could be charged with my murder. I demanded and was given alcohol, all kinds of pain-killers (some traditional, some not so traditional) and some military-grade muscle relaxants.

About an hour later, I desperately needed to become horizontal, so after a vain attempt at sleep in a house trembling to the bass-rifts of AC/DC turned to 12 on the stereo and awash with crazy yelling drunks, I dragged my swag into the tiny bike-packed front yard (the backyard was also full of drunks) which fronted the highway and collapsed.

Could I sleep? Nope. Some of the pain-killers I took were full of ephedrine. Could I move? Nope. I had miscalculated the dosage levels of the pain-killers and was encased in chemical cement – a lifeless, but fully awake and aware, corpse. I was also dangerously drunk and still in quite a robust deal of pain – so I could only lay on my back among all the bikes and breathe in shallow puffs, like a dog with a broken spine. Pissing without overly befouling myself was only possible if someone cared enough to roll me gently onto my side and hand me a container.

But no-one remembered to care. Not even my waterskiing instructor.

All that long and dreadful night, as my body whimpered to itself, my bladder cried and my mind raced madly, mosquitoes I couldn’t swat drank my essence and semi-trailers shook the ground I lay on.

It was an appalling night under the stars.

But it did me good, cos I never went water-skiing again.