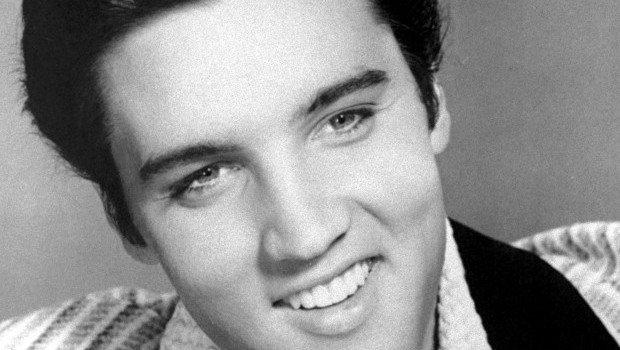 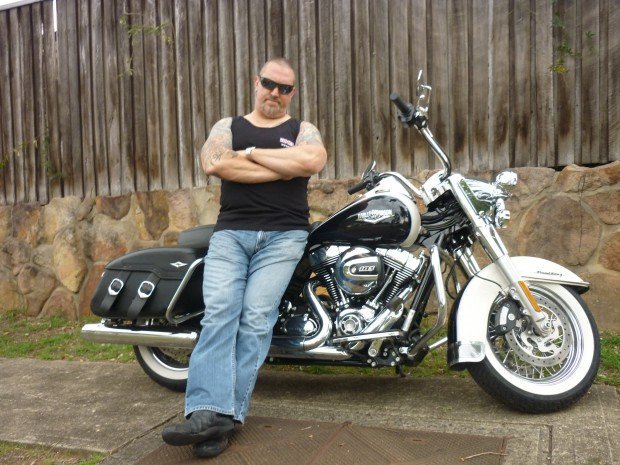 There’s a pretty little King, waiting for the Thing, down in the Jungle Room.

Still, a shiny new Harley-Davidson Road King was indeed waiting for me down in the office garage – which is my version of Elvis’s Jungle Room.

What did it want?

Clearly it was concerned to see if I would be interested in throwing a few Christmas holiday miles under its tyres.

How could any man say no to an offer like that?

I certainly could not.

Especially given my child-like predilections for Road Kings.

And what’s not to have predilections about?

Easily one of the prettiest Harleys around, the Road King is also one of the best tourers on the highway.

Visually, it’s all nostalgia – wire wheels, two-tone paint, hard leather panniers and a screen (which I took off because it is so wretchedly effective, I was somewhat broiled by the time I got home in Peak Hour) – it literally sings rock’n’roll to me. But that screen just had to go.

Happily, the removal was easier than rear-ending a truck. Straddle the bike’s front wheel, lift up the wire tangs either side of the nacelle, lift screen upwards. Job done. Putting it back on may be somewhat more problematical, since I threw away the instructions for that operation, but it’s not something Google and swearing cannot solve.

The wife has already been in the garage to look it over. She loves Harleys, and has since the first day we were both arrested on one back when I was courting her. She has prodded the pillion seat and murmured stuff about the Hunter Valley and lunch, so I could get lucky.

From a riding viewpoint, it’s always instructive for me to essay the latest Harley. I enjoy seeing where the company’s evolutionary process takes its models every year.

Finish is second-to-none. And rolling along, the Road King is all smoothness and grace. It has become a very refined and civilised motorcycle. And it has had to. The competition is fierce in that market segment. But this is certainly a bike to tour on. The gears are tall and around town I’m rarely outta third and fourth. It jumps off the lights right smartish, though, and will surprise quite a few people in that regard.

It’s funny, but it also doesn’t feel as ‘big’ as it once did, and when compared to Yamaha’s XV1900 Roadliner or Triumph’s Rocket III, it’s not.

I’m also somewhat unsold on the riding position. I wanna slouch my shit a bit more, but the Road King insists that you sit upright – tall and proud like someone with a fused spine. I would also turf the narrow baby-apes. Lower and wider, or higher and wider is the way forward there for me. But that is the beauty of Harley – any modification you might imagine, is possible and readily available.

Harley-Davidson has very generously allowed me to spend the Christmas break astride the Road King.

And I will certainly let you know how we get along.