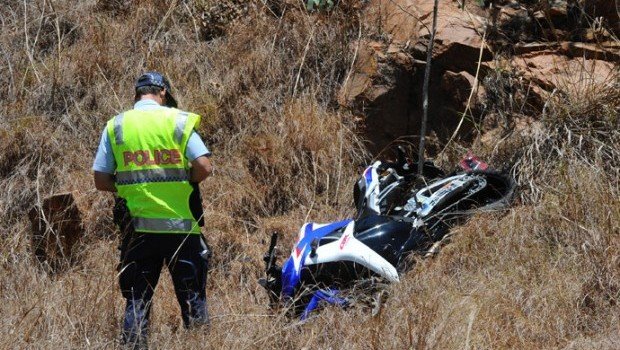 As we welcome the New Year and consider what it holds for us, let us pause briefly to ponder the seemingly imponderable.

The holiday season is gearing down, summer is in full swing and our miserable media (in concert with our megalomaniacal police forces) is once again screaming about “carnage” on our roads.

Of course, there is no such thing occurring, but the media and the cops have never let the truth get in the way of a sensational headline or more draconian legislation.

Certainly, people die on the roads. It is an inevitable by-product of road-use – and it is an undeniable (though always ignored fact) that what actually kills them is not speed per se, but incompetence and inattention.

But there is another killer at work – and this killer is especially fond of motorcyclists – though it is a killer that dares not speak its name. However, I dare and I shall speak it, because it has remained unspoken and unaddressed for too long.

You and your mates are out for a blat. You’re carving corners, you’re jockeying for position, and you’re enjoying yourself as the Road Gods intended you to.

Suddenly, the bike in front of you lurches out of control, high-sides the rider into the Armco and proceeds to skid and tumble, destroying itself in the process.

The cops arrive along with the ambulance, which is not required as the rider is dead on the road. The police take statements, examine the scene, tick the box marked “speed” as the cause of the accident, and everybody goes home in a daze of incomprehension.

If your dead mate was one of the 17 per cent of riders whose fatality was actually investigated by Accident Investigations, all they would see was a badly smashed bike. They’d kick some busted parts around, take some measurements, paint some lines on the bitumen, confirm the cause was “excessive speed” (cos that’s what their fellow cops reckon), and go to the pub for lunch.

What? You expected something more, Chuckles? Why? It’s not like a 747 fell out of the sky. It’s just another dead bloody motorcyclist. No really big deal at all.

But what truly caused your mate to die? Was he actually going too fast?

All of you were doing the same speed and all of you had about the same level of expertise, had ridden the road before, knew it well and weren’t really going all that hard at all. But he’s dead and you’re not and the cops have stated the cause was excessive speed. Case closed and the funeral is next week.

Consider for a moment that the true cause of his death was catastrophic parts failure.

Imagine what would happen if you were setting up for a corner and your crankshaft suddenly broke. No, you wouldn’t have time to pull in the clutch – stop kidding yourself about your mythical rattlesnake reflexes and years of experience. Your engine would simply seize and you’d be kissing bitumen faster than thought itself.

How do you know? Who even bothers to consider that it may occur now and again? After all, today’s bikes are better, stronger and made with such exacting precision that catastrophic parts failures are consigned to the dustbins of history, right?

Parts fail because parts fail. Shit happens – even in a world proscribed by computerised precision.

Mankind is incapable of perfection. And while our motorcycles are indeed made to stringent parameters by skilled artisans and agile robots, they are in no way immune to shit happening.

Accident investigators often have nothing to go on but a bike smashed beyond recognition and a baseless police opinion as to the cause of the accident. How are they able to point to the trashed motor and state that the crankshaft broke and caused the fatality, when the motor is in five bits and the timing cover has been ground away by the slide? Of course the crank is broken. They can see that. But did the accident cause the breakage or did the breakage cause the accident?

They have no idea, no incentive and certainly no ability to subject the wreck to the kind of intense scrutiny a downed Jumbo gets.

Besides, thanks to the screeching media, everyone already knows that motorcyclists are irresponsible scumbags dedicated to the thrills of high velocity, right? If your mate died, then it’s obvious it’s his fault cos the cops said he was going too fast. No great loss. Society is better for being purged of such hooligan elements.

It is far easier to tick the box marked “speeding” as the cause, close the case book, and give a nice little sound-bite to the news crew about criminal motorcyclists and escalating road carnage.

Not in this beautifully regulated, engineered and orderly world.

It just doesn’t happen, does it?