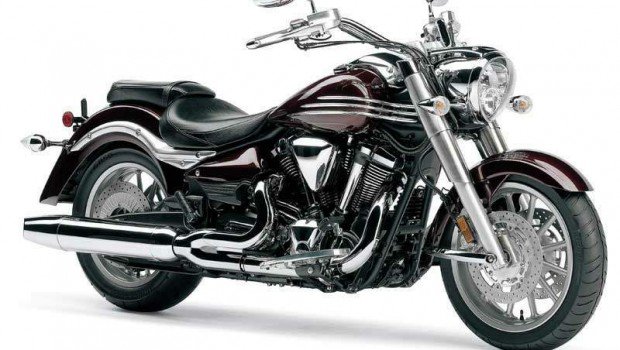 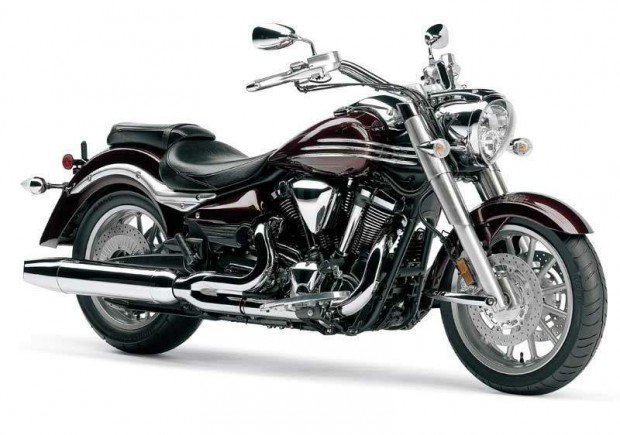 Not too long ago, I embarked on a another project bike in conjunction with Yamaha Australia and AMCN.

The bike was an XV1900 – arguably the best cruiser available in Australia today.

But seriously in need of some kinda masculinity to take away from its somewhat too arty…um, artiness.

So, while I shall eventually get to things like pipes and bling and suspenders and engine, I really had to do soemthing about it’s look.

Thus. the first port of call was with Brian Bollard at Rip Graphics in Alexandria, for a vinyl wrap. We chose to go with a matte grey and carbon fibre theme to to toughen up the whole look, which would contrast nicely with the bike unique art deco lines.

Vinyl wrap is a great thing. It looks awesome lasts for years and leaves the original paint pristine underneath.

RIP Graphics are masters at this process, which is not as expensive as you might think, and the colour options are vast. 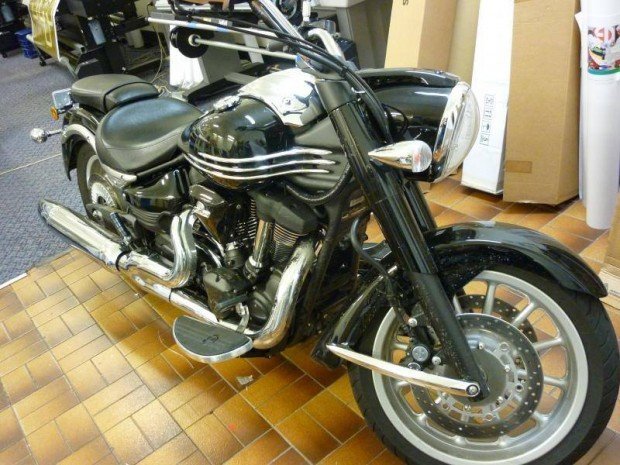 This is what the beast looked like after we wheeled it into RIP Graphics, as junkies laughed at our efforts 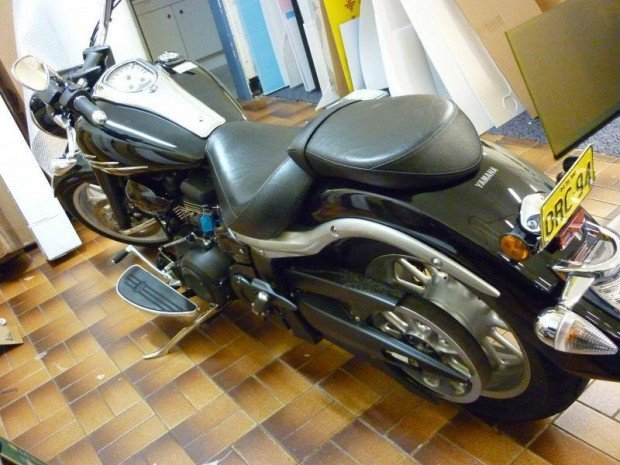 No, I didn’t wash it. No, do not ask questions about that. 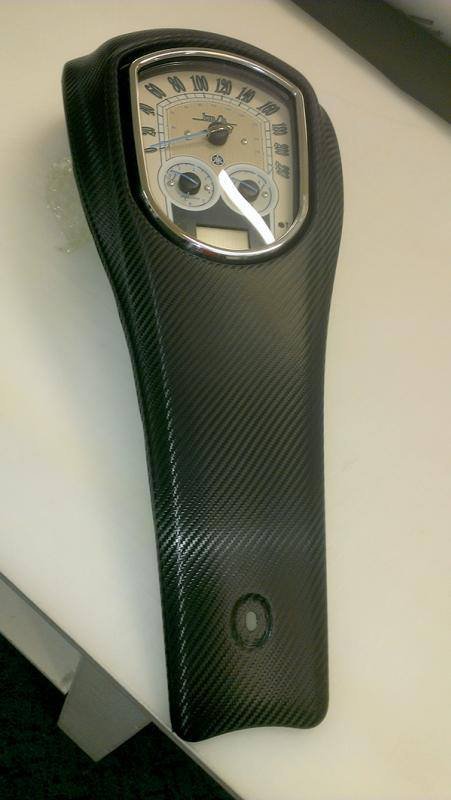 The first thing to get wrapped was the chrome dash. It is much more manly now. 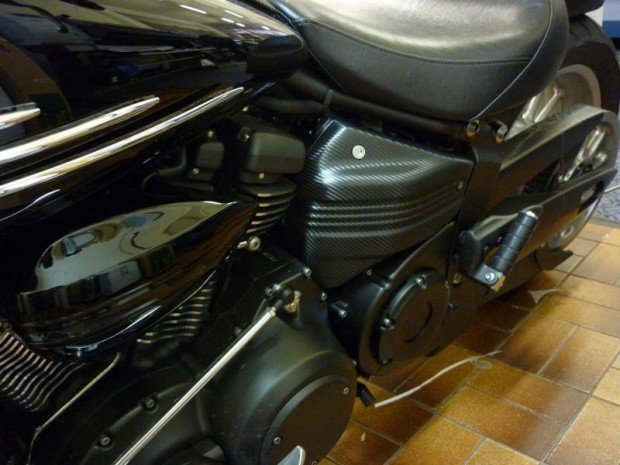 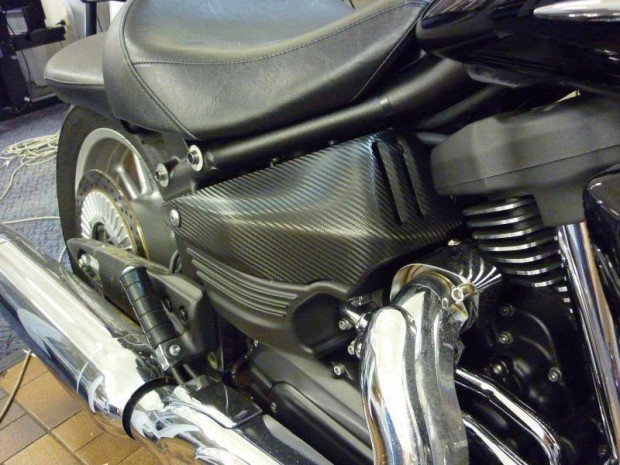 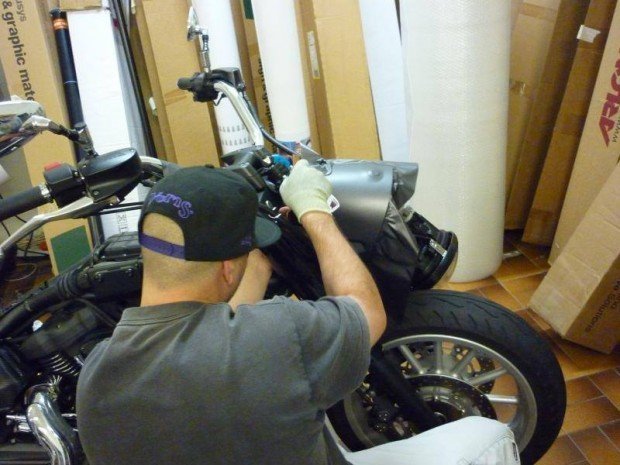 Next came the headlight nacelle and much swearing, though I am told there was much more swearing during the wrapping of the tank 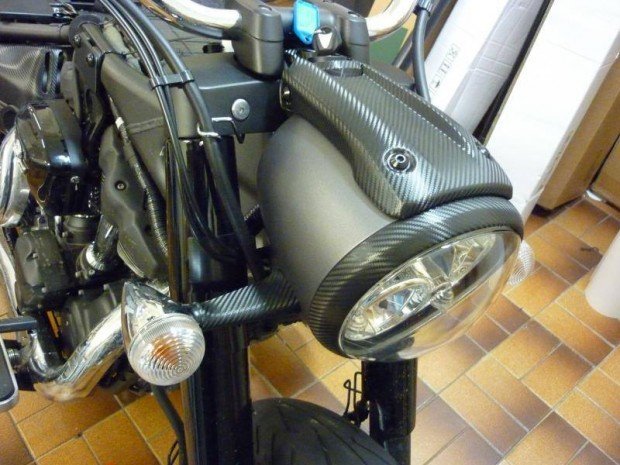 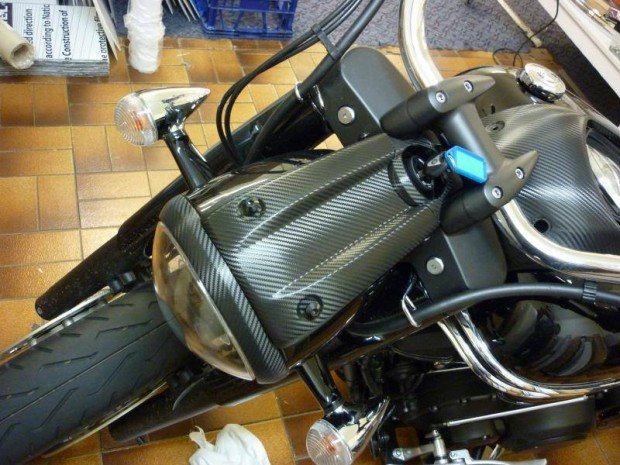 Sexy as a sexy thing 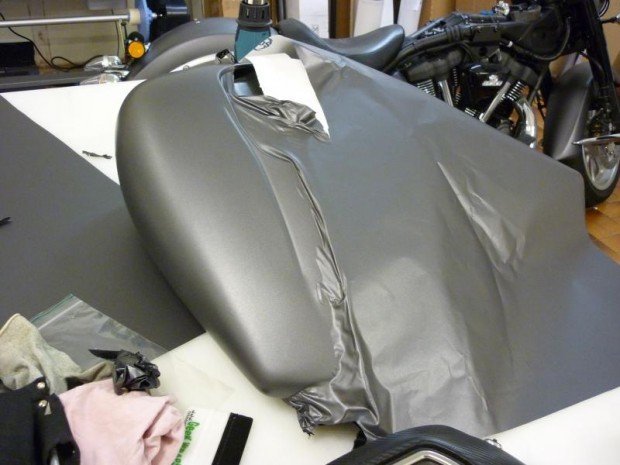 And now the tank. The swearing could be heard in Lebanon. 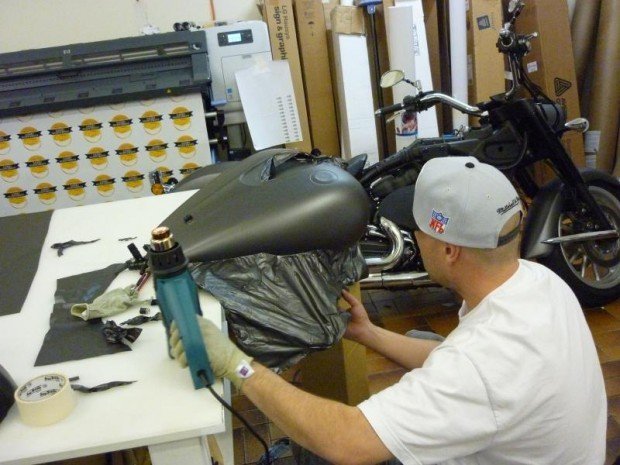 Nick speaks to it in a language it can understand. 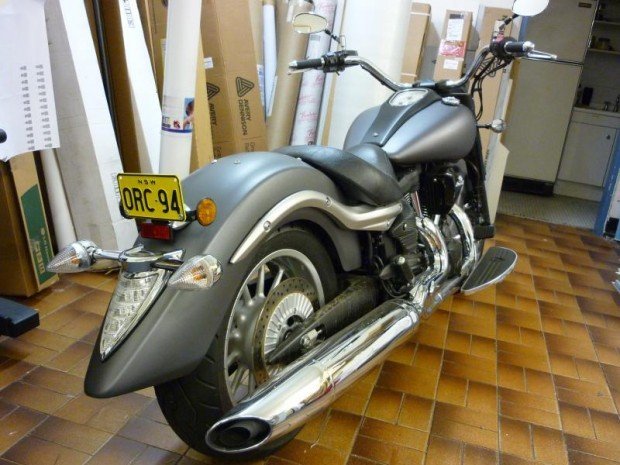 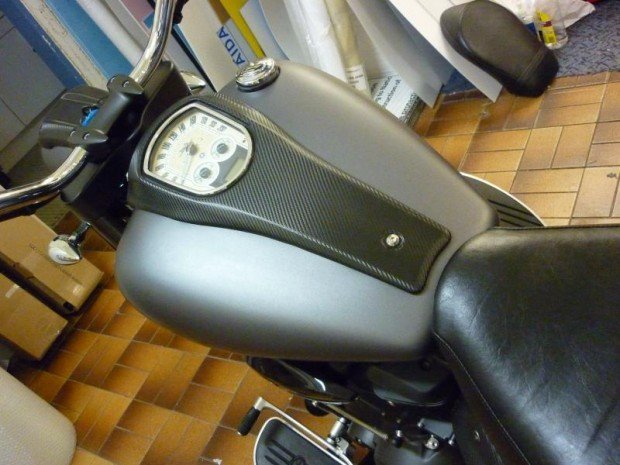 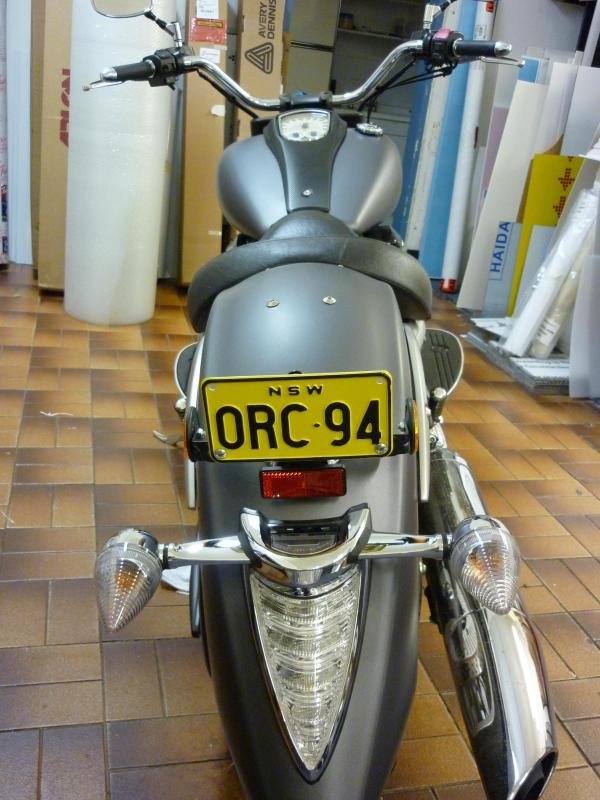