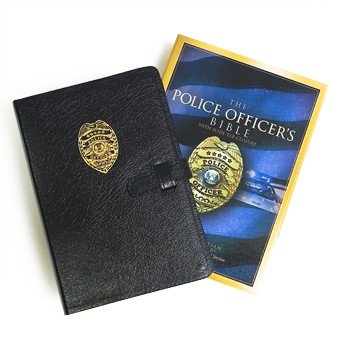 How would you feel if I told you there is a bloke in NSW who commands 20,000 armed men, and who believes adulterous women need to be stoned, those who break the Sabbath (along with homosexuals and blasphemers) need to be killed, and that it’s perfectly alright to keep slaves, make daily animal sacrifices, and condone the slaughter of thousands of innocent children.

Meet NSW Police Commissioner, Andrew Scipione – a fundamentalist Baptist who holds that The Bible is the inerrant word of God, thinks computer games contribute to bad driving, and who seems to imagine his insane medieval superstitions are something to be proud of.

Of course, Scipione has never publicly stated he thinks it’s a good thing his imaginary friend enjoys slaughtering children (Exodus 10:2, 11:4-6, 12:12 and 12:29) and exhorting his followers to murder gay people (Leviticus 20:13), straying wives (all through Leviticus and Deuteronomy) and bastard non-believers (several places in Deuteronomy), but there can be no doubt he agrees with such insanity if he believes in a literal reading of the Bible. Every fundamentalist Christian does. It’s how they roll. And while I have my own views on how deep a pit these idiots need to be thrown into for polluting our society with their childish nonsense, I have a special problem with our Police Commissioner heading up this parade of Bible-thumping fruit bats.

We all like to joke about living in a “police state” each time we get nailed for exceeding the speed limit by some overzealous Highway Patrol officer whose hat is on too tight – but the reality is no laughing matter.

This is certainly the case in NSW – where the horror of a real teetotalling clero-fascist holding the post of Police Commissioner could one day become an appalling reality.

It is bad enough when the myrmidons who serve Andrew Scipione spend their time sitting in judgement on our society and setting political agendas in the media. Why add Christian fundamentalism to this abominable stew? Are we not guaranteed a separation of church and state in our constitution?

I realise that people who live outside NSW might think I am making this up, or over-reacting. I can assure you I am not. As recently as Australia Day 2010, one of Scipione’s creatures, a Chief Inspector called Guy Haberley, busied himself by faxing a heap of bottle shops on the east coast of NSW to demand they not sell full-strength beer to people before 2pm on Australia Day. Apparently he feared his armed stormtroopers would be unable to deal with the booze-fuelled Armageddon that naturally ensues each January 26th, immediately after the backyard cricket and barbecue.

Interestingly, while Scipione is an avowed teetotaller, he does head up a profession peopled by some of the biggest pissheads, drunks and boozers on earth.

Is the irony of Chief Inspector Guy’s demands somehow lost on our society?

Clearly it is, since the nannies who run our state feel it’s perfectly acceptable to have unelected state employees like this Chief Inspector make such Hitlerian demands on law-abiding citizens and honest businessmen. And this is while his own police students at Goulburn Academy are 10 times more likely to test positive for alcohol than qualified officers, who are themselves mired in a drinking culture so all-encompassing, I’m totally perplexed as to why every cop isn’t automatically breathalysed before commencing his shift.

It was thus quite right and proper for the Australian Hotel Association (AHA) to laugh in Chief Inspector Guy’s face and advise its members that they are not legally required to comply with such nonsense.

But that was just one of the most recent acts of overt fascism to emerge from the NSW Police Force, which has been making ever more strident public demands on the government for tougher laws and harsher penalties on everything from freedom of association to bastards who play computer games and therefore drive like maniacs.

It’s bad enough when senior cops start making public demands for more coercive powers. But how far away are we from a time when each police officer starting his shift is blessed by a priest, given his own personal Bible and sent forth to do the Lord’s work – which consists of killing homosexuals (Leviticus 20:13), children who hit their parents (Exodus 21:15,17), or people who do any work on the Sabbath (Exodus 35:2-3)?

Not that far at all, apparently.

Scipione is chuffed that he has called into being a special Police Bible, which he fervently hopes will find its way into the pocket (it is a suitable size) of every NSW police officer. “I believe the Police Bible will impact on generations of police officers to come,” Scipione said. “I would like to think an officer who receives one of these special Police Bibles will one day sit in my seat (as Commissioner).”

Because that is somehow preferable to having a Police Commissioner governed by logic, moved by critical thought and ruled by reason, yes?

How wonderful for us all.