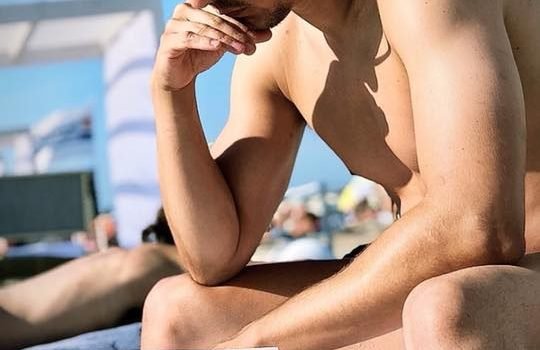 “The criminal Redding is busily ruining the Keke Challenge. He is so stupid he can’t even Internet Meme…”

Was that really necessary? I know we don’t have all that much time left together but sending everyone this picture of you being nude on holidays is very disturbing.

I know you understand conjoint measurement, circular cumulative causation, and Hubbert peak theory in exactly the same way as you understand why I cannot fit anymore lanished octopus into the Mambodromic telemetries.

You cannot be looking at the pictures. I’m pretty sure Mr Tusquet did not provide any.

You’re on a nude beach surrounded by naked men baking their fetid he-vegetables in the sun, and you’d like everyone to think you’re boning up on macro-economics?

Is it because of what happened at World Ducati Week? It looked bad because it was bad. People are in therapy as a result, you know.

Michele Pirro beat you. He’s a gypsy with two fathers and lives in a hedge outside the Ducati factory gates.

Tito beat you. Just think about that for a second. Tito. Beat. You. By a lot. Tito is the only red-headed Spaniard somehow not put down at birth. Carmelo only lets him race in MotoGP because he thinks it will bring him luck at the gambling tables of Monaco.

Xavi Fores is 68 and he beat you. He can’t ride a Superbike out of third gear and his eyesight is so poor he thinks Johnny Rea is Valentino Rossi.

The one who drinks from his boot? You know, the rude one who smells of beer and tells everyone the Ducati is made from the bones of Jewish cats? He beat you too. His people, who live on a big desert island south of China, have made him their king as a result.

Fucking Melandri beat you, George. We had to send Melandri to psychologists a few years ago. They implanted things in his empty brain which stopped him speaking for months at a time. Then the Germans beat him with chains until he rode faster and complained less.

Michael Rinaldi also beat you. He normally models underwear for Calvin Klein. He was only asked to come to World Ducati Week to attract girls. Otherwise it always looks like a giant sausage fest stinking of toxic masculinity and you know how uncomfortable that makes the lesbians who run the European Union.

Dovi beat you too. By seven seconds. He cried the whole way. Every lap he was sobbing so hard the front of his helmet kept smashing into the top triple tree. Thank the Mother of Holy God the race was only five laps long or he would have concussed himself into a coma.

And then Xavier Simeon beat you as well. I struggled with this. Simeon normally gets off and pushes his bike the last few laps of any race he enters because he is too scared to ride it any more. He has come last the entire season in MotoGP. He’s only racing because I think he has some pictures of Carmelo at a party which involved circus prostitutes and livestock.

Petrucci was behind him and ahead of you. We understand that. He was drunk. Danilo starts drinking the moment he gets back to the pits after the German round and doesn’t stop until Qualifying at Brno. That’s a lot of drinking and it’s hard to make him care about the stupid Ducatisti who have all bought the chocolate-cranked production bikes for 20 times the price it costs to make them. He’s still has a policeman’s morals, apparently.

The only people you beat were Karel, who had forgotten the race was on and started a lap after you but still finished a tiny five-tenths of a second adrift, and Troiba Liss.

Troiba was not even on the track. He was racing remotely from his Fortress of Solitude via video link. The time difference made it look like he came last, but on corrected times, he actually won by 38 seconds.

And you’re sunning your naked shit on a beach full of naked men. 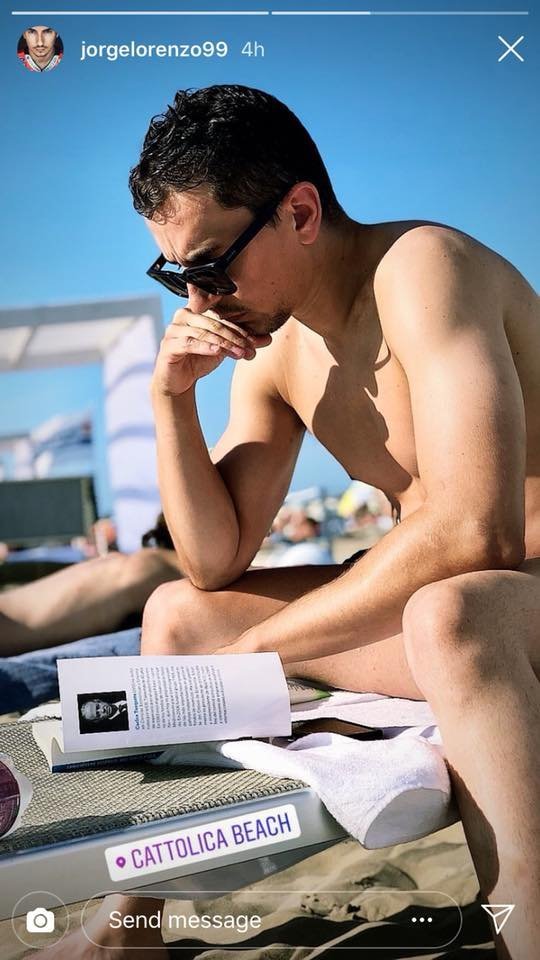 Rossi is teaching young racers how to race at The Ranch.

Iannone is greasy with his girlfriend’s used sex-butter and eating Viagra by the kilo.

Marquez is having more teeth installed.

Crutchlow is yelling at rubbish bins in Hyde Park.

Vinales is drowning kittens in the river behind his family home.

Luthi and Bradl have decided they are a couple for the rest of the season.

The criminal Redding is busily ruining the Keke Challenge. He is so stupid he can’t even Internet Meme.

Dani is busily buying tropical islands full of pygmies who will worship him in his retirement.

Rins has not left his garlic-covered coffin since Sachsenring.

Nakagami has finally managed to fit into his Sailor Moon costume.

Syahrin has been promoted to head waiter and the Asparagus brothers have eased up on the Botox treatments in the heat.

Everyone is doing what everyone normally does on the Summer Break.

And you’re reading an economics book on a nude beach named after a cult of kiddie-touchers.

Lord give me strength…