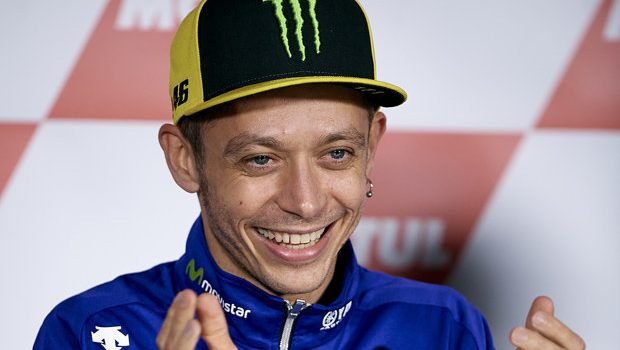 We live in the interesting times, yes? Ha ha! And by we, I mean you. And because we come now to the Mugello track, everything has become even more interesting for you.

I saw your proposal for new rules for racing. Carmelo sent them to me after Le Mans.

“Look what this enorme fica di Maiorca wants now!” he said. I laugh when I read this. Is good idea only for you. So I do not think Carmelo will agree even if you send him more German money. You want to put the soft tyres on your bike and make very good race for five laps. Then you want everybody to pull over to the side of the track and wait while you go and get new soft tyres and then the race starts again. And so every five laps everybody must stop while you go and get new tyres, yes? Ha ha ha! You think you make the sneaky racing like the Gibernau, yes? Ha ha ha!

There are some big problems for you in Ducati.

Last week after Le Mans, Gigi and Paolo came to my place in Tavullia for dinner.

They always come to my house for some good Italian mangiare after they have mangiare the French garden merda of snails and worms and the how you say…il bruco, the caterpillar, yes?

I do not know how Zarco swallows these filthy things. The scoreggia he makes from his culo is a disaster, truly!

So we mangiare and then Paolo he says to me: “Vale, please what is to be done about George? We cannot go on like this! The Germans, they will come for me in the night with dogs and tanks and leather clothes, and they will beat me with the legs of the chairs they have broken when they have searched my villa.”

But Gigi he just cries. His eyes they fill with tears and he cries like a bambino. “Vale…” he says to me, and he kisses my hand. “Vale, I beg you. At every race, it is like I am being brutally raped by a bull. But I am not a cow. So I am not made for this kind of thing.

“The bull he hurts me. He makes my life like the culo-ulcer of the street-beggar. I do nothing but weep and cause suffering and look terrible. Please, Vale…you must help me.”

I tell them to be calm. But they cannot be calm.

Then Paolo says: “Cazzo di Madonna! First I think I can sell him to those criminali at Marc VDS. I know those stupid Belgians will buy cardboard if I tell them it is pasta. But that crazy pig Bartholemy, the one who buys all the putanas with the company credit cards, he says his accounts are all frozen at the moment. Then he says he will buy George if I shave him and make him slippery with olive oil. Then he gives me a cheque for 200,000,000 Euros and says not to cash it until after Mugello.”

I give Paolo some more ravioli to make him calm. He eat two of them, then he start again. “I make the call to the Suzuki,” he says. “Pazzo Giapponese! They tell me they have already bought the Joan Mir!”

This is when Gigi starts to sob. I have to hold him like a mother to make him calm.

Then I say to them, “I know what you want. Because I know it was always coming to this momento.”

“Please, Don Vale,” they say to me again, their eyes now shining with tears of hope. “You must do this.”

“OK,” I say. “I will call Yamaha tomorrow. And then I will make the VR46 MotoGP satellite team. I know Lin will forgive me.”

And then I think maybe you and I should talk, George. I will make you the number one rider in my VR46 not-really-the-Yamaha-factory-team-but-close! It will make the headlines all over the world!

“Rossi now boss of Lorenzo!” will be my favourite one, of course. Ha ha!

I will come to visit you in the garage before the race to wish you luck and give you some tips – I am a good boss like that, you will see – the cameras will take the pictures of us making the collaboration. And everyone will see you wear my race numbers, ha ha! So you will be 469946.

Then Paolo and Gigi they kiss my hands many times. They drink toasts to my name. It is embarrassing how much love they have.

Then after we catch the taxi to Andrea’s villa, because we are a little bit drunk. We tell him what the new plan is. Andrea is so happy. He now only cries from one eye, ha ha!

So OK then. I will call you after Mugello and I will make you the offer. Do not hang up the phone like you always do when I call, OK?