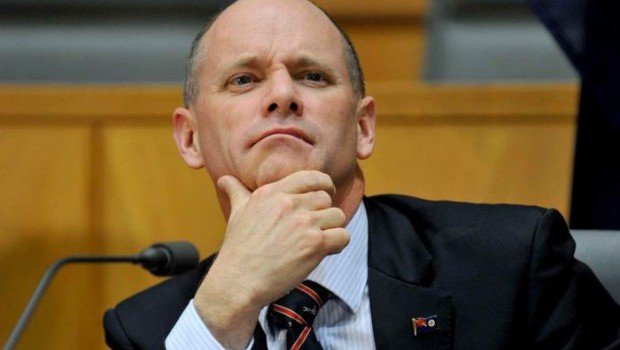 Queensland’s deranged premier and his equally execrable attorney-general have decided, apropos of a fist fight on the Gold Coast, that bikies are now streng verboten. If your German is not up to scratch, that means ‘strongly forbidden’, and during the halcyon days of the Nationalsozialistische Deutsche Arbeiterpartei in the 1930s, all sorts of groups, associations and assemblies were streng verboten.

Clearly, Premier Newman and the smarm-filled conveyancer Bleijie, who’s imitating a state Attorney-General, have every reason to believe their constituency is made up of border-line retards.

And thus they have enacted the VLAD (Vicious Lawless Association Disestablishment) Act. They have also proudly created a ‘Star Chamber’ (their term, not mine) to deal with the Queensland public. Please Google the term ‘Star Chamber’ so that you can fully appreciate just what the Queensland government prides itself on.

The outrage that poured forth from various social media sites, blogs and various fossilised motorcycle ‘lobby’ groups was tsunami-like.

And stupid. Which is only to be expected from social media, the blogosphere and fossilised motorcycle ‘lobby’ groups; and the VLAD was quickly and erroneously portrayed as ‘Anti-Bikie’ legislation.

It is nothing of the sort. 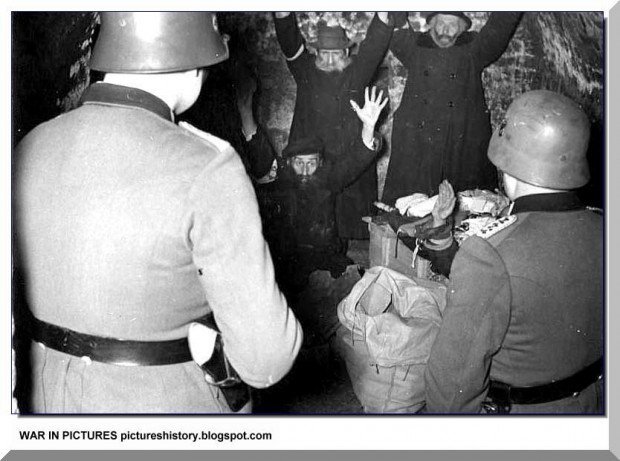 If you were to replace the word “bikie” with the word “jew” in any of the rhetoric emanating from the Newman government each time it attempts to defend its garbage laws, the result would be most educational.

The VLAD, like all the other anti-association laws foisted upon the apathetic Australian people, does not even contain the word ‘bikie’ or ‘motorcyclist’. Read it. It’s freely available on the Internet.

It’s really all about giving the incompetent and brutal Queensland police force powers that any Third World fascist dictatorship would pride itself upon. And it has nothing to do with bikies. At all.

But that is the way it has been sold to the largely mouth-breathing population in Queensland. The population has been told, repeatedly, that the VLAD Act is what it asked for, and now it has it. Shut up and love it. It is protecting you from the scourge of outlaw motorcycle clubs.

The actual facts are somewhat different. One-percenters are actually, according the Australian Police Force’s and the Australian Crime Commission’s own figures, responsible for less than 0.2 per cent of all crime. If you add on the crimes committed by associates of the club, that figure skyrockets to 0.4 per cent.

I would think that Australia-wide, police themselves commit more crime and brutalise more people than all of the outlaw motorcycle clubs combined. I would submit that the Catholic Church and its legions of paedophiles masquerading as priests fit the profile of ‘criminal gang’ much better than any group of Australian patch-wearers.

Happily, while the usual assortment of glass-lickers adorns themselves in Ned Kelly and Southern Cross T-shirts, creates useless on-line petitions, and organises pointless nation-wide ‘protest’ rides to empty parliament buildings on Sundays, there is hope.

Of course, none of the hope is emanating from the insipid social motorcycle clubs, who have all got on board the trains heading east.

They’ve had meetings with the Queensland police and eagerly agreed to inform them of their rides, while simultaneously advising their memberships that it’s all for the greater good that mum and dad are being strip-searched and photographed on the side of the road because the cops are too incompetent to differentiate between a Hells Angel and a Ulysses member. And one does not make a safety omelette without breaking lots of innocent eggs, does one?

The hope is coming from motorcyclists who are fighting this the only way it can be fought. And realising that motorcyclists can no longer afford to be stupid about fighting for their rights is a big step forward.

The redoubtable Ms Eva Cripps from the Australian Motorcycle Council has rightfully damned the inane police demands that all riders advise them of their movements.

The Queensland judiciary is refusing to kow-tow to the government’s insane interference in the judicial process, and has been on record vehemently back-handing Bleijie’s fascist laws.

High-end barristers are lining up, pro bono, to eventually smash the VLAD Act in the Supreme Court of Queensland and ultimately in the High Court of Australia.

And the rising hysteria of the Newman government as it seeks to defend its indefensible attack on Queenslanders’ rights is very telling.

There will be more of that from Newman as hopefully, more and more Queenslanders come to understand that the VLAD Act is not about outlaw motorcycle clubs. And it never was.

It is about them. All of them. And their inalienable human right to associate with who they want, work where they want, and go where they want – free from the constant supervision of a crazed police state and a power-mad populist Premier, bungling Attorney-General, and sycophantic Police Commissioner, who feed them a constant diet of lies and mis-truths about ‘bikies’, while tarring every rider with the same misinformed brush.

Well done, Queensland. You are the laughing stock of the world.

You truly have got the government you have always deserved. And the police force you’ve always apparently wanted.

And if you think that Bjelke Petersen was something special, you ain’t seen nothing yet.