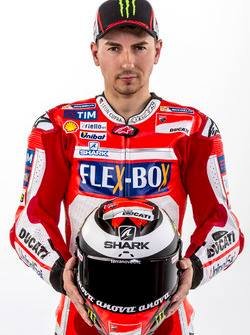 The start of a beautiful relationship

We just want to drop you a line before the season starts.

Hang on…does that say “Flexy-Boy on your leathers? Who the fuck approved that? Has Gigi seen that?

Fuck. Anyway, look, we have spent a metric shit-ton of money on you this year. A. Metric. Shit. Ton.

To make that money back we have to sell 786,545 Ducatis in the next three years. Now even if every soft-bearded, bobble-head bought like five of them Scramblers, and every rich sad-man bought seven Panigales, the accounts department reckons we’re still gonna run a bit short.

So our investment in you, George, is large.

It needs to pay the fuck off. And the only way it can pay off is if you start winning races and bring home a title.

It’s been 10 years since we last won anything. And the bloke who won that…well, he comes and goes and we still pay him, but he tells us how far away he lives and how that’s a problem, and then turns up and rides faster than either you or bloody Dovi in testing.

We think the only thing you two have in common is your hatred for that Rossi prick. We get that. We hate him too, especially after we paid HIM a metric shit-ton of money to tell us how fucked our race bikes were.

So anyway, testing is on again real soon. You need to hit the track running. Never mind the jet thing. We only made that so we have some kind of gimmick to sell bikes from down the track a bit.

Focus on being quick and not crashing. We need that fucken title and we need it this year.

George, look at us. We’re not fucking around. Don’t make us cut you. We will. We’re Italians who are owned by Germans. You know what that means.