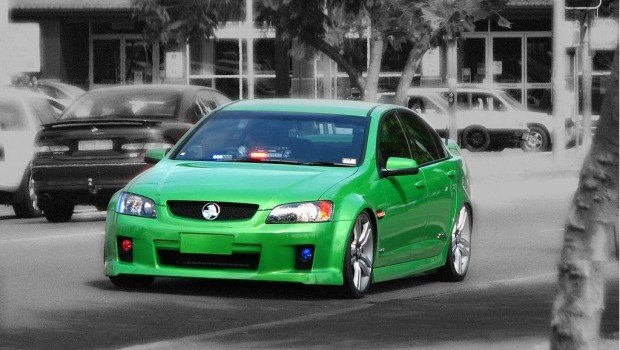 SOMETIMES, THERE JUST ISN’T ENOUGH HATE TO GO AROUND 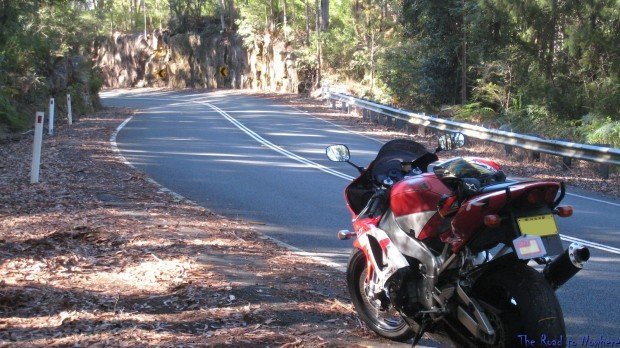 The Old Road just ain’t what it used to be

My hate gland is working overtime, and on the verge of hemorrhaging. I’m still trying to process the venom it’s been pumping into my system since I read the recent article in the Sydney Morning Herald regarding a magistrate finding that police deliberately baited motorcyclists on the Old Pacific Highway by entering the roadway in their path. In dismissing the offense of crossing double dividing lines, Magistrate Eve Wynhausen described the actions of police as “reckless” and “erratic”.

Reckless and erratic are hopelessly inadequate descriptions. The actions of the police responsible were, at the very least, dangerous in deliberately creating a hazard and risking public safety for the purpose of writing a ticket. At the other end of the scale, it borders on criminal. Deliberately creating a safety hazard for the purpose of inciting a member of the public to commit an offense, is an incredible abuse of authority. Inciting an offense through such reckless action is reprehensible. 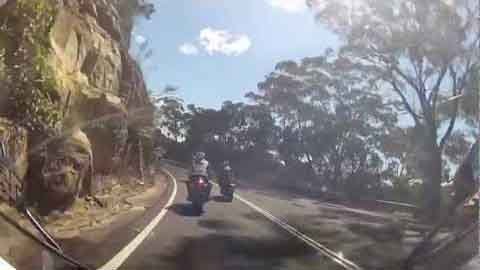 So why did the magistrate not refer the matter to the Police Integrity Commission (PIC)? Where is the holier than thou Commissioner of Police, Andrew Scipione, condemning this act as irresponsible, and restoring public confidence in his force? He is nowhere. Presumably, he is bunkered down somewhere preparing for his next press conference, where he, Mike Gallagher, and Barry O’Farrell will preach that the fabric of society is being destroyed by men on motorcycles. Apparently they’re targeting outlaw motorcycle gangs, but the common motorcyclist is also fair game.

This was by no means an isolated incident. The practice has been used widely, and there will no doubt be plenty of others seeking to have their own cases reviewed in light of this. Anecdotally, this, and other forms of baiting motorcyclists are common practice, and not isolated to the Old Pacific Highway, nor New South Wales. However, Ku-ring-gai Highway Patrol seems to be the greatest exponent of it. 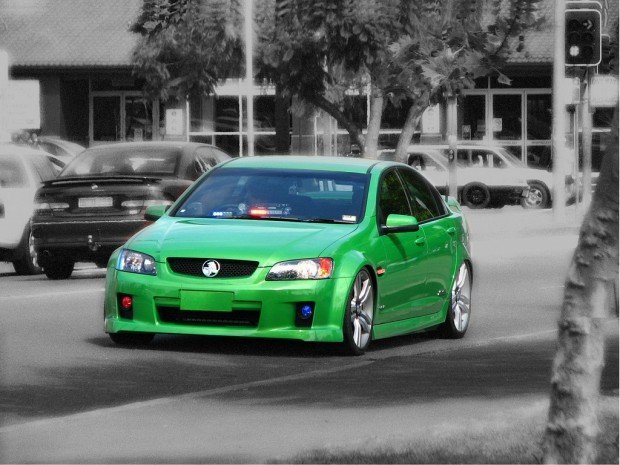 This particular practice aside, that section of the Old Pacific Highway is notorious for police harassment of recreational motorcyclists. If you haven’t been hassled by cops on the Pacific Highway, you’ve never ridden a bike on it. I, like many others, have abandoned riding that stretch of road because it’s not worth the headache. There was a long-standing practice of a team of cops setting up at Berowra, where the Pacific Highway splits from the F3, where one or two of these guardians of the community would wave motorcyclists in “for the purpose of a random breath test” thereby using (abusing) the only section of traffic legislation that allows police to randomly stop a vehicle. While your bike was stationary and you blew into the approved device, other cops would walk around you bike in search of non-standard items to defect. If you were lucky, they’d have their mates, the RTA vehicle inspectors, hanging about with a decibel meter to abuse the EPA legislation as well if, God forbid, someone was criminal enough to have an exhaust pipe louder than the factory-fitted version. 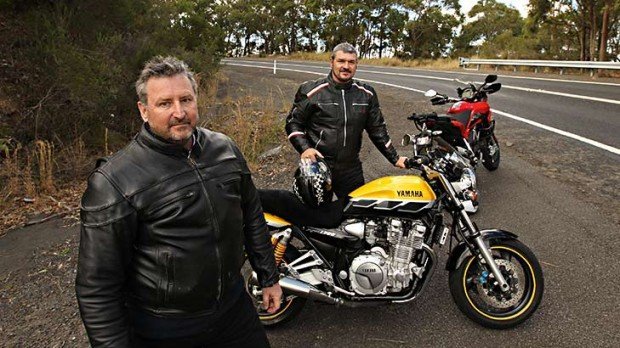 For your average law-abiding citizen who works all week and gets a couple of hours on Sunday to relax on their bike, there is nothing more gratifying than being directed to pull off the road and have a group of public servants on Sunday rates scrutinise your bike and hand you a fine accompanied by a condescending lecture. It’s an abuse of authority you have the pleasure of paying for, directly and indirectly.

Before you go off on a cop-hating spree, remember that these aren’t real cops. They’re revenue raisers. Real cops will be at work today, and every other day, dealing with domestic violence, and those vermin who break into your house while you’re at work paying tax.

Highway Patrol, as the SMH’s article demonstrates, are busy scheming up ways to deceive and entrap the otherwise law-abiding motoring community. The actions of Ku-ring-gai HWP on the Old Pacific Highway brings up the question of NSWPF Highway Patrol’s mandate. The most effective method of contributing to road safety, as numerous studies have proven, is through a high visible and a strong police presence. Police management even preaches this. General duties police are expected to be out on the road, even when they’re not responding to the radio. High visibility and proactive policing reduces street level crime and improves public safety. So why the fuck are so many Highway Patrol vehicles unmarked? Why are so many of the marked vehicles dark colours that disguise their markings? It’s because Highway Patrol is all about revenue raising. If road safety is a factor for them, it is a minor one, and secondary to hiding in the bushes with a LIDAR gun. It’s a punitive approach that offers no form of prevention. Who knows whether they get a slice of the pie? I don’t know, but either way, they’re highly motivated to take money from motorists. 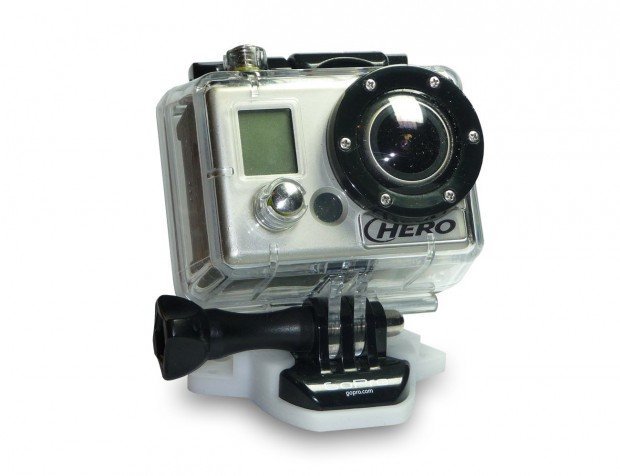 I know plenty of motorcyclists who are fitting GoPros to their bikes on that section of road now as a means of protection against baseless accusations. Has it really reached the point where motorcyclists need to record their own actions to protect themselves against malicious prosecution? The answer is yes. It didn’t happen as a result of this matter, but this has brought it into the public eye.

Whether this game was sanctioned by management, or just the initiative of a couple of hero cockroaches acting on their own initiative will probably never been known. The article noted that a police stated their intention to conduct a standard review of the matter. This will be what’s called a “failed prosecution review”, a formality undertaken by the relevant police prosecutor when a charge is dismissed. Such a review rarely investigates any detail, except in circumstances where a court awards costs against the prosecution. It is neither independent, nor thorough.

In this case, where a magistrate has found that police purposely created the situation that led to the offense, an independent review of the operation, and the practices of Ku-Ring-Gai Highway Patrol is required. It directly contravenes at least four of the ten points in the Code of Conduct and Ethics that supposedly governs the NSW Police Force. If Commissioner Scipione wants to maintain any shred of integrity among his force, he needs to refer the matter to the PIC himself. 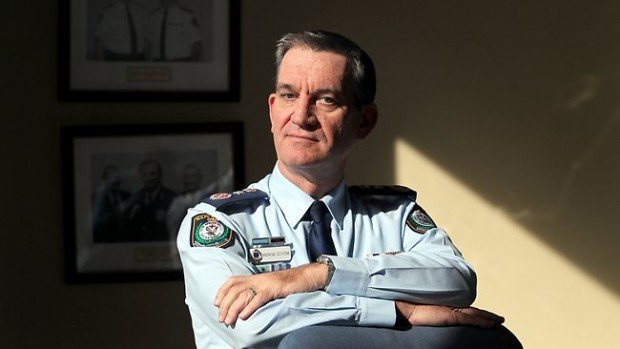 Well, commissioner? What are you waiting for?

Scipione needs to do the only responsible thing, and call on PIC to investigate Ku-ring-gai Highway Patrol now, and not allow this to be swept under the carpet. The man loves a television camera, and we’ve heard plenty of hot air from him on the standard of behaviour he expects from the NSW public. It’s time for him to put his money where his mouth is and demand the same standard from his staff.