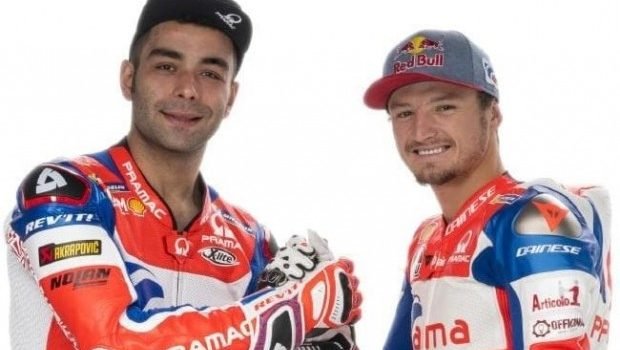 “So there’s been lots of talk about you fuckin’ off to Kawasaki or Royal Enfield, and me and Danilo fighting in a pit over who gets to sit in your chair next year.”

How good was that! Fucken smashed ya! Come up on you like a bull full piss and hormones and smashed ya all the way to fuck and back again.

Townsville near shit itself, I reckon. Drank the Exchange out of Four Ex, I heard.

Feel a bit bad for Dovi, but. Top bloke. Cries a lot. Reminds me of me cousin, Marge. She would come to all the family barbies and someone would look at her funny and she’d go off blubbin’ and honkin’ and carryin’ on like her puppy died. Chicks, aye? I got no idea what they’re about. They’re still beaut, but.

Anyway, you were having a good crack at the start, weren’t you? You were deadset going off! All up front like that, up in everyone’s shit. Was fucken grouse to watch. Them super-dooper-ultra-stickier-than-me-mum’s-date-pudding-tyres you like so much are tops, aye?

I use them now and again for qualifying, or when I wanna put the fear of Christ into that Redding cunt. You like ’em in the race, aye? Gets you on the TV for a few laps. Makes your mum proud of you. Can’t have her thinkin’ you’re a massive shit-cunt like everyone else, aye?

So then Dovi smacks you up then crashes. Zarco feeds you piles of greasy French dick, then crashes. You sure are some kind of bad luck buggery, aren’t ya! Ha ha! Fuck me, I was almost too scared to pass you meself.

Kind of had to, but, aye? Fucken bikes fall over if you’re not goin’ fast enough. Everyone here in Australia knows that. One of our old Prime Ministers, Fred Gassit, said that about 50 years ago and it became part of our national heritage – like smashin’ cans, givin’ cunts a fair go, and dressin’ up like Ned Kelly when you’re going out to look for a root.

But yeah, sorry about that. Poor ol’ Gigi must be injecting himself with bathub gak by now, I reckon. Poor cunt. Them fucken Germans would be putting the boot into him like mad.

Must have stung a bit getting hosed on the bike you were riding last year. It would sure fuck me off if Morbidelli did me like that. But I had to have a go because of fucken Rossi.

I thought I might have the prick for a sec there.

Fuck me, the old bastard still gets along, aye? He’s like 300 years old and still rides likes a rocket with a rocket up its arse. I couldn’t catch him. But I tried.

I really wanted to get Danilo. Fuck me, he can also honk when he wants to. Of course it helps the factory gave him the bike you were riding on Friday. They like him. You? Probably not so much, I reckon.

Bit funny seein’ Zarco cunt-up in the vegies, aye? Poor bastard. Every Frog worth his garlic snails was cheerin’ for him and down he goes. Like one of our politicians on a female staff member – ha ha! Yeah, I’m lookin’ at you, Barnaby, ya beetroot-faced shit-weasel.

So there’s been lots of talk about you fuckin’ off to Kawasaki or Royal Enfield, and me and Danilo fighting in a pit over who gets to sit in your chair next year.

What’s the go there, mate? You goin’ or you stayin’? Stop pfaffin’ about like an old moll. Shit or get off the fucken pot. Fish or cut bait, ya cunt. You’re like a chook with its head cut off, runnin’ around the yard, bumpin’ into walls, an leavin’ great streaks of shit everywhere.

Sort yourself out, mate. Cunts are pointin’ and laughin’ at ya. Come out on the piss some night. I told ya last time. Do you a world of good. I know a few good bars in Mugello. We’ll tell the chicks you’re a Formula One driver. You’ll get laid, guaranteed!

Jack “Get a dog up ya” Miller