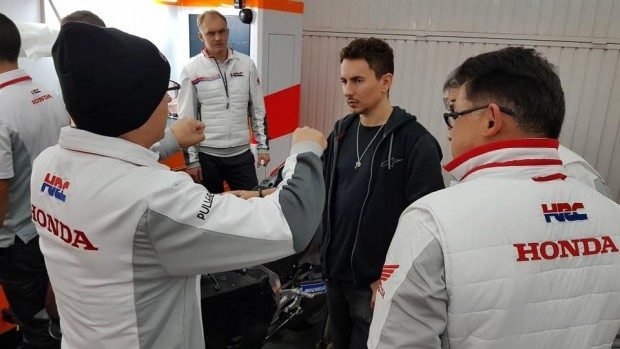 “Ramon said you were now calling yourself the Mother of Dragons, and standing in front of Quartararo’s van yelling ‘Dracarys!’ and hissing like a kettle.”

I have spent so much time kneeling in church, my knees are crusted with weeping scabs and the incense has given me emphysema.

Six priests offered to have sex with me. They thought I was a child because I am so short. I now have an appreciation of what Dani went through each time he went to confession.

I was praying to a Jesus I first started to believe in when I won my first 500cc race in 1995, and then stopped believing in immediately after, because that was the only race I ever won.

Then I got a phone call from Ramon who said you were now calling yourself the Mother of Dragons, and standing in front of Quartararo’s van yelling “Dracarys!” and hissing like a kettle.

You started Le Mans in eighth and finished in eleventh. You have no business mothering fucking dragons.

By the sweetly scented milk that seeped from the holy virgin breasts of the blessed Mary and fed the Lord Baby Jesus, WHAT IS IT YOU WANT?! WHAT IS IT GOING TO TAKE?!

I will happily bolt a fucking leather lounge behind the tank of the Honda if that will make you more comfortable. Do you want me to rig a perfume-blowing system that will fire Paco Rabbane under your helmet as well?

Ramon has said he can make an exhaust note that sounds like Ricky Martin whining “Living La Vida Loca”, if you need that.

Ramon will also happily shave the entire crew, grease them with Hawaiian sex-butter, and make them dance the fucken Macarena on the back of a three-legged tattooed bull if that will help you limp your way onto a podium.

And we are collectively incentivised to do far, far more than that if you are prepared to actually win a race. Hell, I’ll buy you a dragon and help you breast-feed it if you win.

Please understand I saw what happened to Gigi when you were his problem. You know he’s only 28 years old? He looks 90.

Jarvis is made of sterner stuff, which I would expect after all his years of dealing with Rossi, but each time I try to ring him, he starts laughing so hard he has to be put on oxygen.

Honda does not deal with NOT winning. Honda is not Ducati. The whole Ducati factory pisses and shits itself each time one of its bikes manages to finish a lap without exploding. The Honda factory just shrugs and gets on with winning the next race. It’s expected.

So tell me what you want. And no, you cannot be the Mother of Dragons, OK?