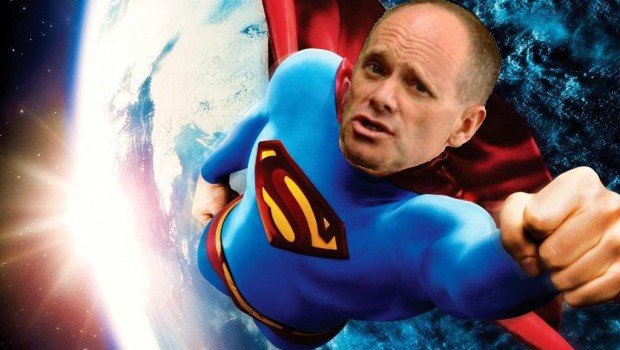 Queensland’s Premier, Campbell Newman, has discovered new abilities to see and hear, thanks to modern medicine.

When we sought comment, the Premier was happy to tell us all about his good fortune.

“Old age can creep up on anyone.” said Premier Newman, “I hadn’t realized my hearing and eyesight had suffered over the years until I spent a small fraction of my pay-rise getting them checked.”

Alistair Brite, Queensland representative for the Australian Council of Literacy reports: “It can be quite embarrassing for adults to admit they can’t do something as simple as reading. Sometimes there is actually a health issue contributing, but people are reluctant to believe they have a problem.”

“I couldn’t read.” admits Premier Newman, “I was receiving all these letters from people, and even if they had really big font in red, which a lot have been written with lately, I just couldn’t read them. I’m sorry to say, I just had my staff write back thanking people for their concern and then chucked them in the bin.

But I am happy to report that now I can read all the letters I receive, and wow, it seems I have some catching up to do!” the Premier mused.

Deaf Services QLD director, Ivan Maldon, was involved in the Premier’s decision to also look at cochlear implants for a hearing correction solution. 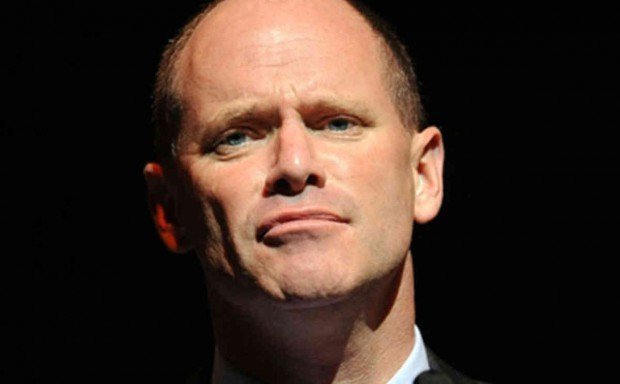 “I can see his lips moving…nah, he can’t be talking or I’d hear it. Must be chewing.”

“Hearing loss can affect anyone. Many people experience partial deafness due to noisy workplaces, concerts, etc.” Mr Maldon informed us, “It is not uncommon for people to endure low level hearing for years and years, before seeking help. Like our eyesight, some people can feel embarrassed by the effects of age.”

The Premier’s staffers are delighted he has resolved any moderate sight and hearing issues he may have had. One public relations officer, Jason Lyes, told us how happy he was.

“Work was pretty upsetting for a while. Mr Newman would throw coins at me and call me a ‘stupid machine’. I thought I was a victim of workplace bullying because my wife rides a Harley, but it turns out I’ve just put on a bit of weight and he had me confused with the vending machine. Now he just asks nicely for coffee and there’s no coin throwing, so things have improved dramatically.”

On the other hand, a staffer known only as Elizabeth is not so pleased with the Premier’s new super-powers.

“I’m a consultant, not a full time staffer, so I bill the office monthly. Now that the Premier can actually read the numbers on my invoices, and realised I’m a public health consultant instead of an oil and gas lobbyist, we unfortunately now find ourselves in dispute. Actually, I shouldn’t even be talking about this pending legal action. I’m out of here faster than penalty rates for paramedics.”

Premier Newman says his hearing aids have given him more control over the Queensland government, making them an even more effective leadership team than ever. 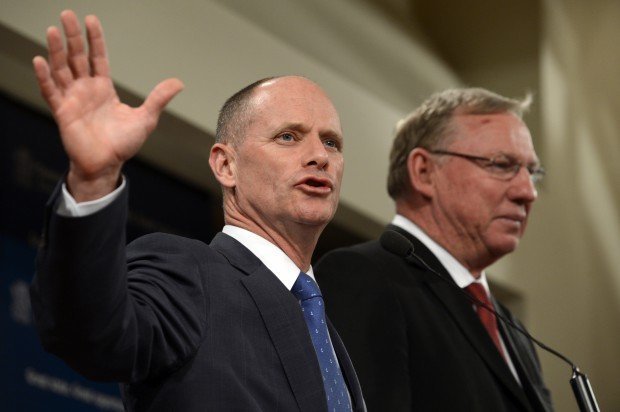 “All the bikies can get fucked. All of them.”

“I thought Jarrod was just nodding and smiling in meetings, so I was nodding and smiling back. Turns out I accidentally actioned whole rafts of legislation, because he was actually saying things, but his voice was too high pitched for me to hear. I look forward to being more involved in the future.”

However, even Superman has his Kryptonite. We asked the Premier a quick question.

“Were the projected profits from current state owned assets added to the future government funding model where those assets were retained in the recent Strong Choices program, and why couldn’t investment to expand those assets increase both profits for general revenue and create jobs in Queensland?”

“Huh? Sorry, what? The batteries must have gone in my hearing aids. Both of them. At the exact same time. Weird, I know. We’ll have to pick this up at another time.”