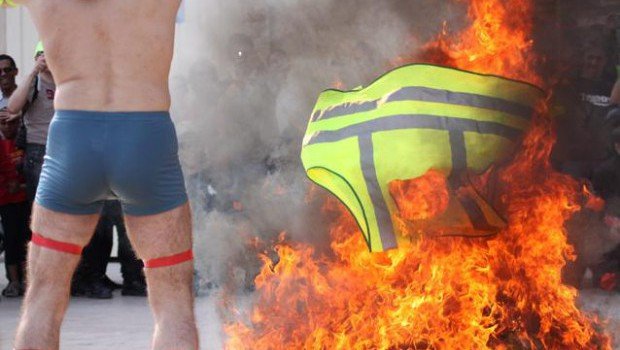 I am not at all surprised that the wearing (or not wearing) of fluoro vests is occupying that sub-sentient sludge so many of you use for brains.

In fact, I am mildly amused by it all.

True, it is a kind of schadenfreude, that wonderful term the Germans have for when one derives pleasure from the misfortunes of others, but I am a little bent that way. 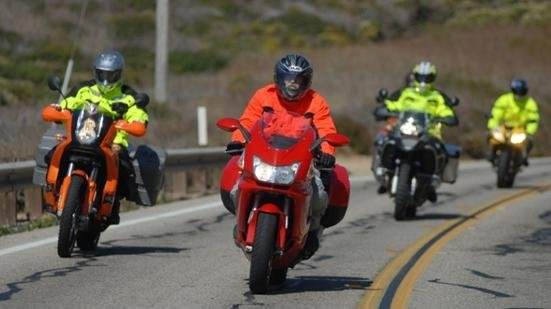 I note that some of you have even conducted “experiments” to establish, at least in your own simple minds, the efficacy of those hi-viz vests.

How wonderful that must have been for you.

Such ground-breaking and rigorous science is not easy to carry off, is it?

I’m all for you wearing fluoro vests. The more fluoro-ey the better, I reckon. I would even encourage you to get pants, helmets and gloves to match. And no, painting your bike neon orange is not a bridge too far. It is the logical extension.

After all, if you’re going to hand responsibility for your well-being to other road-users, then don’t be a bitch. Go hard or go bloody home.

Now I don’t wish to get into an argument with the nervy mice who’ve convinced themselves that the addition of fluoro to the invisible will somehow, magically, make it visible. No argument is possible with people who steadfastly refuse to Google the term ‘Risk Homeostasis’. So I shall not argue.

Instead, I will encourage all of those who feel that fluoro makes them safer on a motorcycle to wear it proudly.

In this way, several good things will happen.

The goodest of them all is that you will instantly be identifiable to motorcyclists as the worst kind of self-righteous, brain-dead fool on the road. And this is important for reasons that should be self-evident.

Secondly, and almost as importantly, your much-needed departure from the motorcycling gene pool will be hastened.

Certainly, being caparisoned in bright, happy and allegedly safe colours doesn’t make a lot of difference when your motorcycle (which you doubtlessly imagine has a mind of its own) overcooks a corner, or tucks its front end, or hammers into the back of a car, or locates gravel/oil/a mysterious road anomaly and turns you into a bag of warm suet, but that’s not important to people like you.

What’s important to people like you is that you can happily lay the blame for your stupidity/lack of skill/poor choice squarely on some other factor, or the bike you freely admit you’re not in control of. But you were wearing fluoro when it all went to shit. And that was very important.

Because the abdication and denial of responsibility for your actions on the road is what you’re all about, isn’t it?

“It wasn’t my fault! The car just came out of nowhere! There was gravel on the road! The back-end just lost traction! The truck was in my lane! The brakes locked up!”

I’m sure it does. 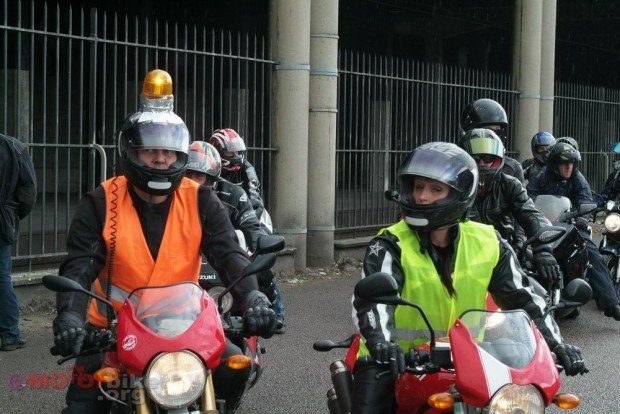 “Maybe they will see me now that I am safer.”

Never mind. Wearing fluoro will make it all better. After all, deep down inside, you haven’t quite come to terms with this motorcycle-riding stuff, have you? Like, you’re pretty sure you wanna ride, but it’s so damnably unsafe when you really think about it, isn’t it? And it’s scary, too. All that traffic. All those people on their Smartphones.

I know! I’ll make it safererer with fluoro! That’s bulk better and heaps cheaper and much faster than doing them boring riding courses, or going out to the track for a day, or getting a dirt-bike and learning what happens when you lock up the brakes. And it’s ever so much more wonderful than actually taking any responsibility for how you ride.

Go for it. I entreat you. The sooner the better.

I trust you can understand why it’s crucial that my friends and I can be able to identify you as quickly as possible. I hope that you can grasp why people like you need to be instantly recognisable.

We simply cannot have you being mistaken for a motorcyclist, can we?

Sure, you have a motorcycle (but only because no-one has yet had the wit to legislate against such purchases), and you get on it and you ride it as best you can.

But you’re not really a motorcyclist. You are not one of us. And you know it.

It is therefore important that we know it as well. And instantly is certainly preferable to watching you sit in traffic as we lane-split past, wondering why you bought a motorcycle in the first place. And it sure beats being behind you for a corner or two while your rigid posture and inventive cornering lines identify you, and we get the hell away from you before you sail off the road in front of us and become our responsibility.

You see, that’s the only responsibility I will not accept as a motorcyclist. The one you force on me when you crash and burn in front of me.

So please. Fluoro yourself. Now.