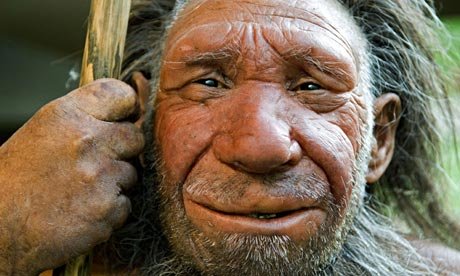 ORIGIN OF THE SPECIES

I remember the colour of the bike more so than anything else. It was the first thing to imprint itself on my awed, youthful brain.

I was about six or seven at the time. My parents and I were visiting family friends on a neighbouring property, and it was their son James that had just wheeled life-long passion incarnate out of a shed and into my life.

The tiny Yamaha was clothed in a vibrant and typically 80s shade of yellow that I can only assume helped facilitate its location and retrieval from dense western NSW scrub when its under aged pilot had ditched it into stump, a thick bit of Lignum or in my case, a fence.

The little fellah bore the scars and scratches of many such bingles, countless ravines of plastic had been carved from most all of its flat surfaces, the foot pegs had doubled their size with a liberal caking of mud that had also found its way into the tattered bar ends, and the front guard sat at a slightly skewed angle resembling a drunken Donald Duck.

I watched James ride around for a while and I remember feeling excited by the angry hornet’s buzz of the engine. A thick cloud of red dust trailed in his wake as he demonstrated his riding prowess across the paddock. Soon, it was my turn.

Pre-teen boys don’t make the best instructors, and James was no exception, deciding that my first ever solo riding experience would consist of two important rules: 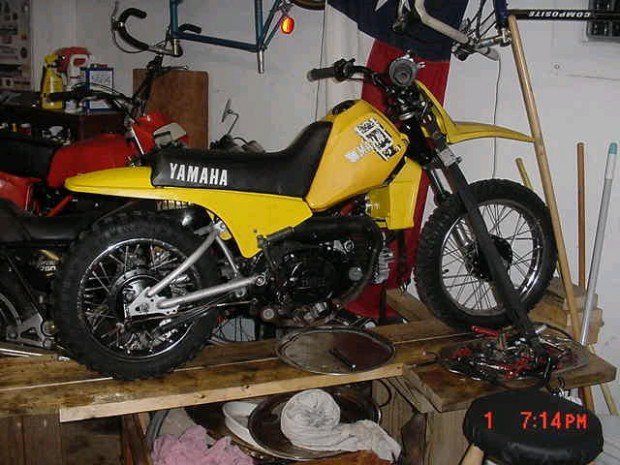 Quite suddenly, my instructor wasn’t there any more. In fact he and the rest of the world were rapidly moving past me as my little mind wrestled with the mechanics of propelled motion. Onward I went, blazing a trail out of the yard, across the road and off into the shimmering distance. It was a wonderful thing to be alive.

It was about the same time I saw the fence that I started to see some holes in my tutor’s lesson plan. How to turn and how to stop had not yet been covered. These soon proved to be frivolous concerns though, as turning was no longer an option, and the steel posts and wire did a marvelous job of bringing my rampant yellow steed to a complete and jarring halt.

I ended up on the other side of the fence on my back, dazed, dusty and now sporting a spiffing new graze up the left side of my torso for Mum to tut tut about. I assured myself that I was indeed still alive, picked myself up and observed the hopelessly tangled mess of wire and motorcycle, its rear wheel still spinning defiantly as the engine blatted away. James eventually caught up to me (a wonder for someone who had just jogged 200 metres between fits of laughter), and helped me back through the fence. We stood there for a while and surveyed the scene until the engine stalled. We took that as a sign and did what most young boys would do in that situation: we left it.

And so a passion was born.

My first bike after that was a 1974 Yamaha MX 100, its once brilliant red paint faded after many days in the brutal far western NSW heat and sun. This bike holds a special place in my heart as it was the first one that I could call mine. You could tell because I painted a skull and crossbones on the engine cover. I loved it. I owned it. 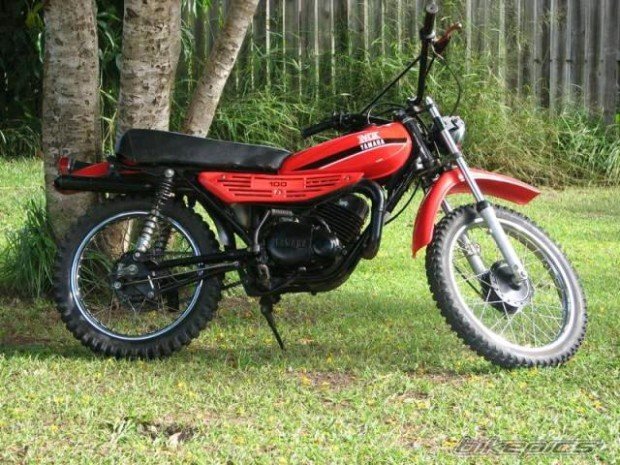 Much cooler with a skull and crossbones. No, really

This is the machine that taught me what is was to ride. I would scoot around the claypans and dirt tracks of our property, testing every one of its four gears as I came to terms with handling, counter-steering, engine and gear limits, suspension and braking, before returning home to unbolt pieces from its still warm and ticking body as I slowly then began to build knowledge of mechanics and maintenance. I obsessed over every inch of that bike, and must have turned damn near every nut and bolt on that thing during our time together. The crashes were often, and occasionally spectacular, but I was not to be deterred.

As time went by I grew stronger, and found I could now easily pick up a bigger bike from a horizontal position. This was my father’s method of ascertaining whether or not I was ready for an upgrade, as being able to pick up a dropped bike could mean the difference between limping the 30km home on a bent bike and busted foot, or perishing in the desolate expanse with no means of transport.

So it was that my upgrade was the incredibly dorky looking 1983 Yamaha XT 250. It wasn’t long before I removed the muffler with a hacksaw to try and counteract its awkward appearance with sheer noise, much to my father’s chagrin.

This 5-speed four stroke gave me my first taste of speed, and I added the terms “burn out” and “power slide” to my vocabulary. I remember being amazed at how much difference 150cc could make, and the increased compression resulted in many a skinned shin and bruised ankle. The drum brakes (front and back) strained and howled at my attempts at pushing myself and the bike beyond our collective limits. 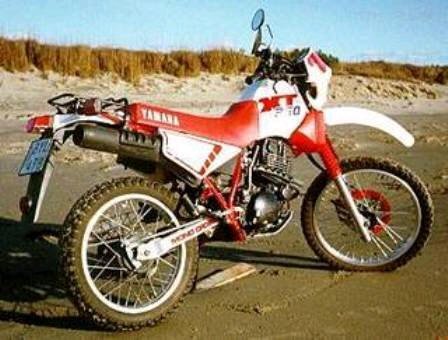 I had the luxury of access to two more XT’s that we used for parts, so the many failed experiments (like my attempt at installing a UHF radio in place of the dials) could be repaired. Successful modifications included a gun scabbard slung above off the seat above the chain, a bigger headlight, better plugs, and removal of indicators, mirrors and tail light. Anything bent or maimed in a crash or from simple wear and tear I swapped out ruthlessly. I forwent the skull and crossbones.

Hacked and tinkered with to within (and often past) an inch of its life, it was loud and hostile, and pushed the boundaries of both taste and functionality. It would seem I had unintentionally come to base my life on this bike.

It wasn’t long before I managed to get my hands on a slightly updated version of my Frankensteinian love: a 1986 XT that brought a new aesthetic to the table, and whose brilliant red and white colour scheme alone screamed “Ride me, bitch” to my adolescent eyes. Can still hear that beaut machine-gun taktaktak as it idled away patiently awaiting our next adventure.

I was also amazed at its disc brakes, increased horse power, and the “patented YDIS intake system”. What was it? Who cared? It looked cool, sounded ace and went quick. That pretty much put a tick in all the boxes for me.

It was on this bike that I was shown exactly how much fun could be had, as I entered the local motorbike gymkhanas clothed in denim clothing and youthful arrogance. My defeat was swift and humbling, usually resulting in my dust covered demise somewhere around turn two as the other riders did their best to avoid my prone carcass.

I continued on this blessed existence for a few years, until motorcycling and I parted ways. Time, money, location, schooling and life in general soon put a stop to my bike ownership, and no matter how much I longed to rekindle my passion, it just wasn’t to be. Until some years later, that is, when I took the plunge, organised a loan, bought a bike, passed my license test and began a new and exciting chapter on road.

So far, I’ve owned three different road bikes, ridden, tested and made my own observations on countless others. I’ve made memories that will walk with me forever and have achieved a far greater understanding as to what exactly motorcycling is to me as I navigate along my new found path. But I will never forget blasting across a claypan baked hard and flat from years of desert heat, being buffeted by the pockets of warm air, listening with glee as the exhaust sung its strangled cry, the wind searing my eyes and baking my lips?

…and I will never forget tangling a yellow PW80 in a fence.