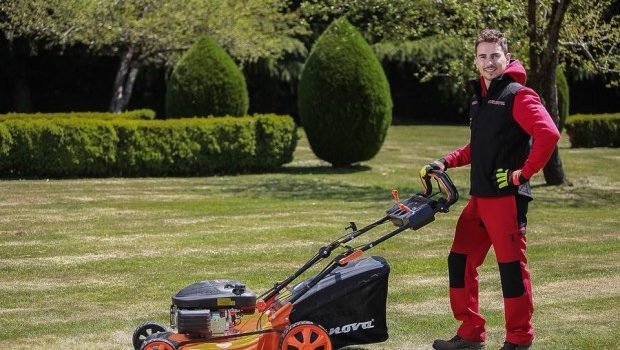 “Only Honda has harnessed the power of the Black Box Nova, Gigi! Only Honda understands ichibans and bushidos. You don’t. Because you are not smart like the Honda.”

This is why you’re so very much mierda at what you do. No sooner had the ink dried on my Satu Hati Gati Mat Fati contract than my new friends at Repsol sent me a protoype of the 2019 Honda MotoGP bike.

They wanted me to get a feel for it. After all, it will be next year’s winning bike after I show Horse-Teeth how is the best way to ride it.

This team has money, Gigi. Not like you provolone-smelling paupers, scrooges and counters of frijoles. Too scared to tell those cabbage-eaters in Alemania to hand over the Euros so I can win all the races. My Japanese sex-butter octopus will not buy itself, will it, Gigi? That has been the problem from Day One.

But now that problem is gone. The sun is shining brightly once again and it is bright orange, Gigi. Not that stupid red colour, which makes me look fat and slow.

So look at this prototype. I know you are jealous because it is very revolutionary. Honda is breaking new ground here. You are just digging up the same old ground and giving it to the Crying Game comadreja in the next garage. Ha! As if he would even know what a fast racing bike is! He is too busy making the tears of the woman.

Yes, I know I will also have to ride Ducati’s shit-pasta of red rubbish for the rest of the season, but because I am the greatest rider of all time, I will win on it like I did in Mugello, so it doesn’t matter if you give me the red rubbish.

But I want you to see how a real motorcycle company designs its race bikes. Look how low it is to the ground, Gigi. This means it passes underneath the turbulencias smoothly, like the hunting mamba through the corn.

And do you see that big black black thing at the back? That is the secret of secrets, Gigi!

See? Look how well the handlebars are designed. That is genius, right there. Not like the turds of mierda on the Ducati. It always made me feel like I was holding two mens’ penises in my hand and twisting one of them like some kind of scabby street-zorra.

That is why it took me so long to win, you know. You need to make your handlebars less like the penises of men and more like the body of the mamba – thick, powerful and squirming.

This is how a man rides a motorcycle, Gigi! Except I am not riding it in this picture. I am just showing you how I will prepare for the race start. I am not allowed to ride it because of the stupid Dorna and its contracts. Carmelo is like a dictator sometimes.

But I can tell you this, Gigi. When this 2019 Honda RCJL99 takes off, the Black Box Nova forces the telemetry upwards, and makes a cushion of force-butter so I do not need a seat anymore! I will just stream behind it like the battle banner of the Spartan warrior. Think of how much money this will save on knee sliders!

This is cutting edge technology, Gigi! Not that prehistoric Mambadromic mierda de toro you have been serving me for one-and-a-half years. I now wonder how you have got away with it for so long. It must be because the Alemanians have no idea about motorcycle racing. Cabbage-fondling coños – each and every one of them. What kind of putas wear leather shorts anyway?

OK, then. That is enough from me because you must prepare my Victory Racing Pavilion for my victory at Barcelona. Did you notice I have the yellow puta’s gloves in this picture. Ha ha! He will not know where they are when the race comes.

I will make the runny mierda in them and send them back. He will think it was munt-eyed Crutchlow. He mierdas everywhere, like the cat that is crazy because it has been run over by a truck.

I am winning, Gigi. Shut up your stupid eyebrows.