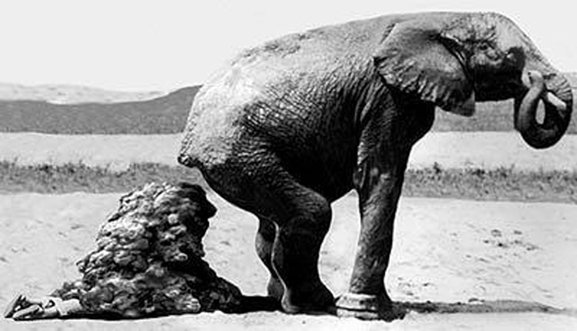 The more sentient readers will understand that I am a nostalgic kinda bloke. To indulge myself, I perform a pilgrimage each year to the sacred mountain overlooking Bathurst.

Some of you will know this non-mountainous mountain as Mt Panorama. The police regard it as the birthplace of the TRG. Riders my age remember it, to quote William Cowper, as “The scene of savage joys, the school of coarse good fellowship and noise…” And exploding toilets.

Anyway, one of my vanities is to make an annual trip to the mountain that holds so many marvellous memories and to commune with the ghosts of my past.

My communion is made real because each year I take a toilet roll, a can of beer and half a housebrick. I place the housebrick on the ground, light the toilet roll and place it atop the brick, open the beer and drink a toast to lost friends and mad times.

In the last few years, people have come along to assist me in this and the last pilgrimage had about 45 of my closest mates all sipping beer in the cold morning light after a brisk run from Sofala, where we’d camped the previous night.

We camp there because camping upon Mt Panorama creeps out the local council. It makes you fill in forms and camping applications, which it ponders as gravely as if you’d asked to start a brothel beside a church. I feel it can kiss my leathery arse with this dumb bullshit, so I choose to stay and spend untold thousands of dollars in little Sofala, which always welcomes us with open arms.

But this is just background to the real story of shameful revulsion which crowned my last pilgrimage, and which began well before we’d all gathered atop the mountain to toast our ghosts.

It began the night before, when I collapsed into my sleeping bag redolent with bad whiskey marinading several kilos of chips and gravy I’d consumed. And it was progressing nicely when I awoke at five AM, busting for Number Twos.

My problem was simple, yet profound. I would have to walk a bit away from the camp to do the noxious deed. It was that kinda camp and that kinda deed. So, attired in longjohns and racing boots and clutching a torch and a roll of bog paper, I went to find a place to go. I walked through a field of burrs, all of which attached themselves to my longjohns, and found a place to squat.

I immediately commenced to void a massive beige pyramid of such immense evil, I dry-retched a little. It just came and came, until I feared it would eventually reach my freezing arse. Then it stopped, leaving me panting at the horror of it all.

I peeled off some paper and was in the process of wiping the awfulness away when the burrs bit me, making me push my fist downwards (and into the reeking hot pile) in an effort to balance myself. My disgust was total and massive. I even managed to wee all over my underpants in panic.

My underpants were under my longjohns and I would have to take off my boots to get them off. This was not something I could do, because my right hand was mired in bowel-goo.

But I am nothing if not resourceful in times of abject despair.

I took my lighter (yes, I carry a lighter because I smoke things) and burnt my wet undies off. Then I used them to wipe the worst of the poo off my hand. Then I finished wiping myself and walked back to camp, praying The Door was still asleep so he wouldn’t ask why I was quite suddenly wriggling bare-arsed inside the tent we shared. He was still snoring, so I retrieved my spare undies, put them on and used an entire bottle of waterless hand cleaner to deal with my grossly polluted hand.

Then I went to pick the billion burrs off my longjohns and pretended that nothing untoward had happened.

At 8am, we set out for The Mountain. It was a bit skatey at first. The road was cold and my tyres were cold and it took about 20kms until I could feel some grip. The last 20kms into Bathurst were a face-burning rush, gulping in massive lungfuls of the sweetest breathing in the world – force-fed motorcycle air.

We eventually stood upon The Mountain – a motley collection of riders aged from 20 to 70 – toasted the ghosts of the past, said our goodbyes and set off for home.

And yes, I am going back next year.