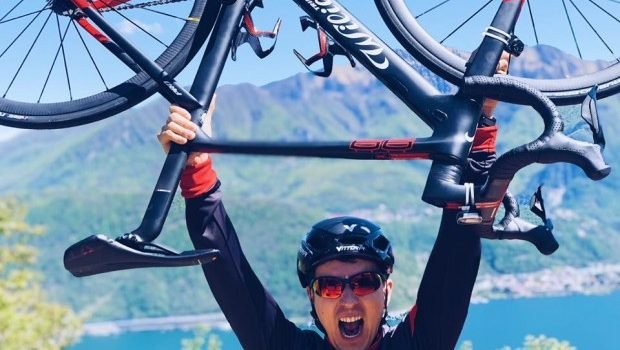 Once, the Criminal Redding sent me a woman’s purse he had stolen. The Yellow Puta always sends me his used knee-sliders. On the card he writes: “In case yours do not work, stronzo.”

And Ola to you too, Poo-eegah! You look very brave in your Eskimo furs, standing there on your family sled with the seal-spear.

For too long I have languished with the people who look like unmade beds and live with the camels. I heard them dancing together at night.

Then I went to a place where Crutchlow fought five crocodiles. I think there were Mexican people there. And then there was that place where many people were fat, like sofas. Crutchlow had to fight a horse there. Poo-eegah told me the fat people ate all the crocodiles.

Now it is good to be back with my people. And both my fans. Look! I can see the two of them waving at me from the Curva Dry Sac. Ola, Manuelo! Ola, Isabella!

Isabella is so brave and very strong. Every year she throws Maneulo’s wheelchair over the fence, then she carries Manuelo on her shoulders and climbs the fence and puts him back in his wheelchair. Then she holds his hand and makes him wave each time I make the lap.

I cannot wave back because the Mamba Concentración is fully engaged, and when the butter flows and the hammer laughs, there is no time for the waving. As you can see, I have been training and am now very strong. I can lift this special power-training motorcycle above my head twice! SSSSSSS-chah!

It is of course my birthday on Saturday. And always the stupid putas I am forced to overtake and beat in the races send me tributes of respect. None of them are any good and I always throw the things they send in the rubbish for the team to pick through. Gigi was wearing the torn underpants Zarco sent for me all last season.

Some putas send flowers. Some putas send tissues which are stiff and a little sticky. Some send me butter. Once, the Criminal Redding sent me a woman’s purse he had stolen. The Yellow Puta always sends me his used knee-sliders. On the card he writes: “In case yours do not work, stronzo.”

He does not know my knee-sliders always work, and they will work at Jerez on Sunday like the peasants once worked in the fields of the king! All day!

I will win at my home track because no-one can ride Jerez like I can. No-one knows the secret winding paths of the curvas. The special apexes and the hidden braking zones. Only I know them because only I speak the language of the race here.

I am like an eagle calling to its herd. The track is my herd. I call to it and it answers to me. It is like the music to my ears.

And on Sunday we shall make the symphony together!

Poo-eegah! Prepare everything! All the things! And all the other things! Never mind about Marty’s tooth-oil. He will crash again when he sees my speed.

I am home! What time is the King coming?