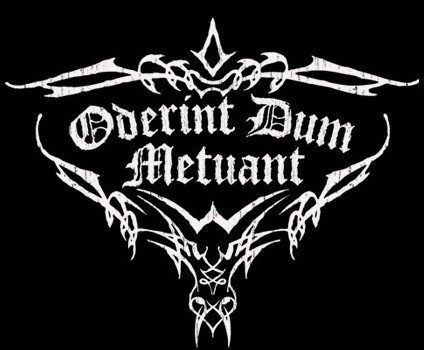 Dear motorcycle lobbyists (and I use “lobbyists” because it is shorter to type than Thundering Herd of Endless Fail), if I may have a moment of your time.

Yes, I understand you’re very busy at the coalface you selflessly mine for the thankless motorcycle-riding fools (most of whom, according to your membership numbers, don’t know you exist or could care less that you do), but I wish to help you. Honest. I really do and I really can.

Now don’t be scared. Please. This is serious. You do, after all, want to play First Grade, don’t you? Sure, there’re all those very important working groups and conferences you’re invited to, and all that rubbishy coffee you drink with power-dressed bureaucrats who, in your delusionary state of Endless Fail, you’ve somehow convinced yourself are your equals. I get all that. After all, how else could a bunch of grey-bearded retirees, shop-keepers, public servants, and IT geeks view those who rule us with such benign contempt, after they’re invited to sit and thrash out the “issues”?

This is the exactly the paradigm that must change if you wish to climb out of the abyss of irrelevance you’ve been in for the last two decades. Then you can actually achieve the things you want to achieve, and I can go back to writing about fluffy bunnies, pooing in fields and fighting with police dogs, instead of kicking your amateur arses to the kerb every time you magnificently achieve precisely nothing.

You are failing because like me, the government knows you for what you are, ie. well-meaning and clueless amateur volunteers.

You are failing because you are fighting the wrong battle on a ground not of your choosing against an opponent that outguns you like the US outguns Albury.

It’s really that simple. I’m surprised it hasn’t occurred to some of the brighter ones among you. But then, you are amateurs in this cathouse.

I, on the other hand, am not. I may not know much about lotsa things, but I do know lots about a few things – and one of them is the media and how powerfully it manipulates the monster all governments ultimately bow to and fear – and that is the monster of Public Opinion. You win or lose your battles against the government and its endless litany of anti-motorcycle hate in the court of Public Opinion. Nowhere else. And you do it by being media savvy. After all, what do you think the government is doing to you?

Pick a grand media poobah among all your legions. The rest of you can elect yourselves into whatever beaut-sounding offices you like and wear whatever badges of rank you want, but get a media head, OK? And leave him the hell alone to do his thing. Do not interfere and do not offer idiot input. Instead, decide on a concrete goal you wish to achieve (Getting The Government To Be Nice is not a goal) and proceed to that goal with the single-mindedness of a retard.

Find a proper writer (and no, I am certainly not angling for a gig, so don’t call me as refusal could offend), and there are many to be found in lots of great magazines, including this one. Then take your cap in your hand and humbly beg this writer to help you write press releases. Every week. It’s a 10-minute job for a pro. Each time the government issues a release about speed or speed cameras or some bullshit, you produce a brilliantly-headed, enticingly-written press release to counter its crap – while simultaneously reiterating the inherent traffic and environmental benefits of motorcycling. (Psst…Damien, none of yours count. They are all shit. You need to stop.)

Now do that ALL the time. Issue a release a week. If there is nothing to combat the government on, find something. That’s how the government works, is it not? But never cease to repeat the same positive message about riding, while decrying the twonks at TAC, VicRoads, VicPol, etc, for their lies, misuse of statistics and general fascism. Be clever. Be witty. Be relentless. Stay on message all the time. This message will eventually sink into the psyche of public opinion and you will then see an amazing thing. A result. You will no longer have to entice people to join your ridiculous cabal by selling them Roadside Assistance. People will actually want to join because you are effective in your efforts.

Of course, you may never get invited to another meeting with the government, but that’s cos you’ve suddenly become the very thing the government fears – a media-savvy opponent who is kicking it and its lying minions to death in the court of public opinion – not making bullshit “deals” and going to pointless meetings.

And it has always been thus. And you “lobbyists” have never done this and that is why you have failed.

What’s that? The Latin heading? It translates as “Let them hate, as long as they fear”. Which is exactly how I want legislators to feel about motorcycle riders. Why? Because only then they will stop pissing on us and telling us it’s raining.

Now you have no more excuses for failing. You’re welcome.