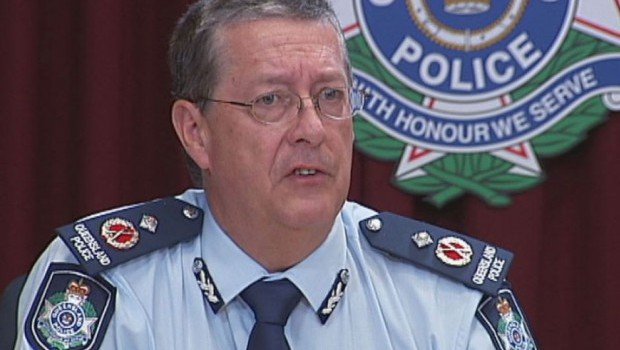 It is natural for the community to be a little alarmed when faced with unthinkable and unprovoked violence. Child abductions, murders, rapes, violent assaults and riots all have a similar impact on the public psyche. The fear is fed by sensationalist media frenzy, in most cases littered with conjecture, and hypothetical and gross exaggeration of the threat to the ordinary Australian.

But while acts of individual horror perpetuated by random unlabeled members of the public make news headlines for a couple of days, reports of a ‘bikie riot’ is dragged out for months, only superseded by ‘terrorist plot’.

In this climate of media-induced fear, Australians have been urged to be vigilant, alert by not alarmed, and to give up some of their freedoms for the sake of security. 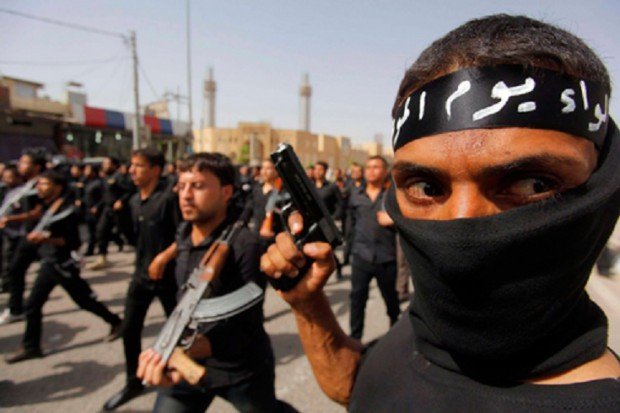 “Nobody likes us, everybody hates us, guess we’ll just go and cut off some heads, then.”

Those sworn to protect the community are understandably just a little stressed.

Over the past year, Queensland Premier Campbell Newman has diligently and persistently embarked on a campaign to convince Queenslanders that the biggest threat to their safety is the bikie. He enacted a number of draconian laws, imposing harsh restrictions on a vast swathe of innocent people who happened to have links to so-called criminal organisations, arbitrarily declared so by the Executive.

And once he was satisfied Queenslanders were safe from bearded, tattooed motorcyclists, he went on to attack law-abiding Queenslanders with absurd anti-party laws, where innocent people who organise parties can be jailed for minor offences like a guest at their party littering or being drunk in public.

He then followed up with legislation better suited to the dark ages to protect his Government from embarrassment at the upcoming G20, with random strip-searches, a ‘prohibited persons list’, a ban on insects, eggs, glass jars, tin cans, or banners attached to poles within designated areas, and refusal of bail for anyone arrested.

And now, on the back of a violent incident in Victoria, resulting in two police officers being injured and a teenager shot dead, Queensland Police Commissioner Ian Stewart has urged the public to ‘comply quickly and fully with police orders’ as his officers are ‘obviously nervous’. 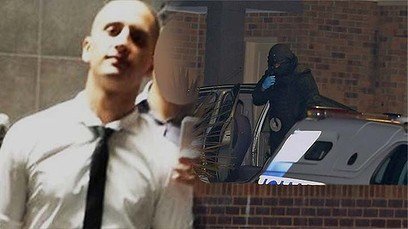 Hard to profile them when they look like that.

Given the mass of freedom-restricting legislation already enacted by Premier Newman, this latest warning should cause concern.

Queensland Police have demonstrated repeatedly over the past twelve months that breaking pre-existing or newly invented laws, is not a pre-requisite for police harassment. Motorcyclists, going about their ordinary law-abiding business have been repeatedly stopped and subject to unnecessary and intrusive questioning and searches. People have been arrested and held in custody for delivering pizza, buying ice-cream for their children and having lunch with their boyfriend. Most recently, a man on holiday with his family was searched at the airport in front of his children and dragged away for questioning over possession of perfectly legal, clearly-labelled, over-the-counter medicine, causing him to miss his flight.

No one is exempt if they fit the police-defined profile of a bikie.

And that profile has now, no doubt, been extended to include anyone who looks like a ‘terrorist’.

This could quite literally be any Australian, judging by the Caucasian 18-year-old recently shot by Victoria Police.

It is impossible to determine a person’s ideology or political persuasions by simply looking at them.

The police will be using such descriptors as ‘suspicious behaviour’ to determine if a person warrants closer attention. And suspicious behaviour could be as simple as looking nervously at the nervous police officer while you type a non-descript text to your girlfriend to let her know you’ll be late home from your motorcycle ride. Or doodling a satirical cartoon in a notebook.

Of course this risk is further exacerbated if you happen to look middle-eastern or sport a particularly bushy beard.

It is understandable the police will be nervous. Prime Minister Tony Abbott has embarked on his own campaign to ensure Australians are aware of the newest threat to national security and personal safety. He has raised the terror alert level to ‘high’ and ensured that the arrest of one man in Sydney, after a raid involving 800 police officers, received maximum media coverage. 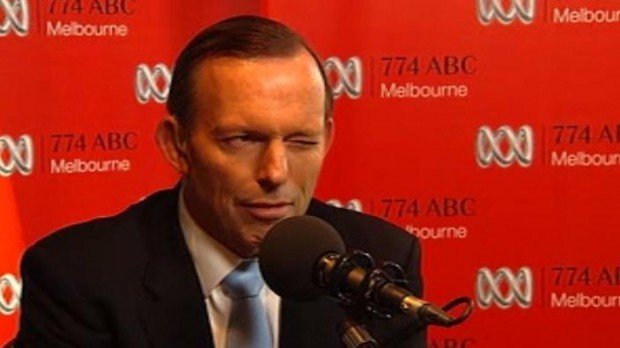 Be very alert and alarmed when he does this.

However, amongst the frantic scaremongering and hysteria, both Prime Minister Abbott and Federal Police have confirmed that there is no ‘imminent terrorist threat’ and no specific plot uncovered. Police Commissioner Stewart has reiterated that he has no ‘information about any specific threat against Queenslanders or assets in the state at the current time’.

Yet Commissioner Stewart also implies that nervous police will be viewing anyone who disobeys their commands as a possible terrorist suspect.

‘If you’ve done nothing wrong, you have nothing to worry about’ becomes a moot point when you’re lying in a pool of your own blood before a nervous police officer with a smoking gun.

The police have a difficult job to do; putting aside the fact that joining the police force in any state is voluntary. Officers do have to deal with some of the more undesirable citizens and in some areas, encounter violent and stressful situations on a daily basis. And police officers are only human too.

However expecting the public to be ‘understanding’ of nervous officers is hardly acceptable given the police are armed and in the majority of cases the public are not. The latest incident in Victoria is a tragedy for all concerned, but it simply cannot be an excuse for a ‘shoot now, ask questions later’ attitude. Expecting people to blindly and unquestioningly comply with police orders for fear of possible mortal harm is reminiscent of a fascist state, regardless of the circumstances.

There is a massive difference between urging the public to be vigilant and alert, and implying in a warning to the community that if they do not immediately obey police commands, they could be fatally wounded.

This is not the type of option any person in a civilised, western democracy should be faced with.

The age of terror has well and truly arrived.