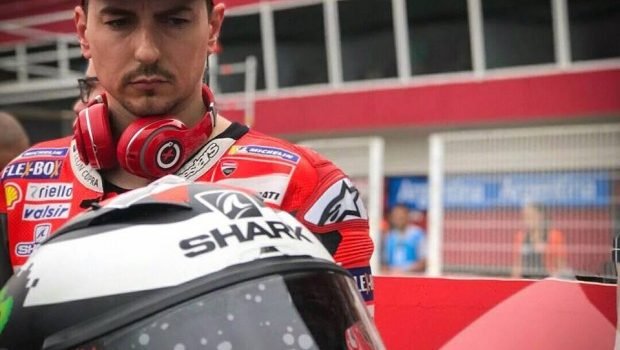 “No-one has an excuse to not know this! Gigi, when I shake my head all the mierda stops and everyone pulls over!”

OK, now I am ready to race after that stupid and dangerous practice on Sunday.

How many of those putas cheated! The filthy animals. They have no honour! Their mothers make the gargling mouth-sex with Albanian sailors!

Of course Dorna cannot count that stupid rubbish as a proper race. There was even an Email we all got. There is a new philosophy now! Look!

“All teams and riders must be advised that the Permanent Bureau, which decides on the philosophy of how strict the Championship should be, has communicated to the FIM MotoGP Stewards that starting from this weekend’s Grand Prix they should adopt a more severe approach when assessing possible infringements of the regulations and imposing penalties.”

Immediate severe approach disqualification must be put in place for the following riders:

Number 93 – The Traitor Puta and all his teeth and all his fathers and all their crossed fingers. He is clearly full of drogas. For sure his father injects him with anfetamina he buys from the gyspsies before every race. And his stupid Honda has too many centimetres in the cubic telemetries.

Number 25 – The Blue Puta named after a homosexual horse from a Hollywood cult that doesn’t love the Mother of Jesus. I have no words for him. He acts like a woman who dances in a nightclub cage.

Number 46 – Of course the Yellow Puta of Putas was to be disqualified right after he started growing those extra legs last year. But because Carmelo is really his puta-mother, he is still here. And still growing legs like an oily piss-coloured centipede.

Number 43 – the Kangaroo Puta who smells of beer and strippers and who almost killed me on Sunday! The race should have been stopped right then and he should have been black flagged and sent to sort the mierda droppings from contaminated African cattle. Did no-one see me shaking my head in condemnation and censure? Does no-one understand that is the Mamba Signal to Stop Everything? I put flyers on everyone’s pit wall. No-one has an excuse to not know this! Gigi, when I shake my head all the mierda stops and everyone pulls over!

Number 41 – The First Asparagus Puta, the one whose parents were brothers, and who also almost killed me. Race Direction must surgically remove his ovaries and give them to me so I can mount them on my helmet. He cannot be allowed to pass me just because someone else passed me! That is against the rules and the new philosophy, Gigi!

Number 29 – What is the Maniac Puta even doing up there in the front where I normally am? Why is he not shopping for shoes with that dirty street-walker he takes everywhere? Can she even play football? He is on my list, that one.

So OK now. They will be disqualified and their points become mine under the new rules. And then we will run the race again and everything will be better.

And when things are better, that crying idiot who is still my team-mate – because you are weak, Gigi! – can stop wearing the nappy I make him wear.

In the end, of course these three stupid races don’t count anyway.

We only race in that stinking camel-pit full of sand because the Bedouins give Carmelo slaves.

We only go to the Spanish colony in South America because that munt-eyed English cabron who thinks he is already world champion can have sex with prostitutes who will not call the policia when he approaches them.

And then we only go to North Mexico so the Traitor Puta can be injected with anfetamina and make the rodeo with some horses.