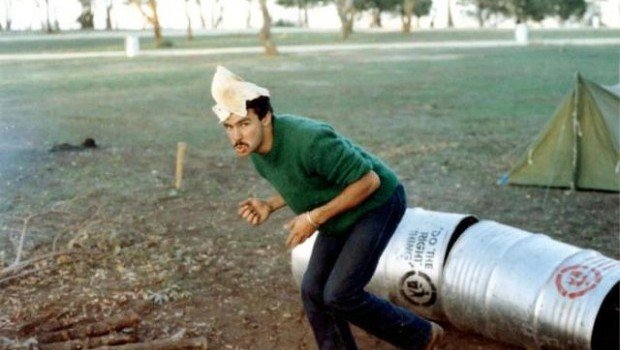 HELPING THE NATIVE BIRDS This is my old mate, Grub, and his pet bird, Bird. Grub found Bird and tried to share beer with him. Bird was missing a large chunk of skull and wasn’t up to a big session so Grub threw him at someone we didn’t know. 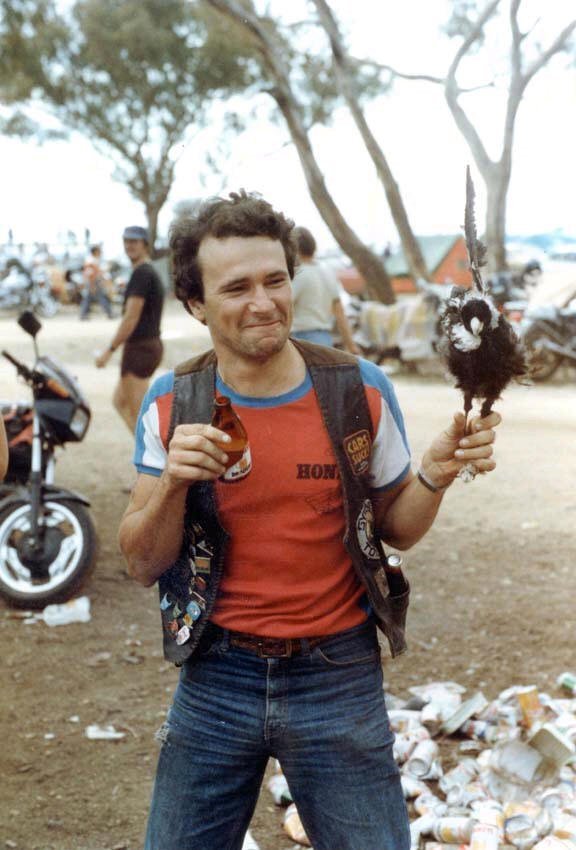 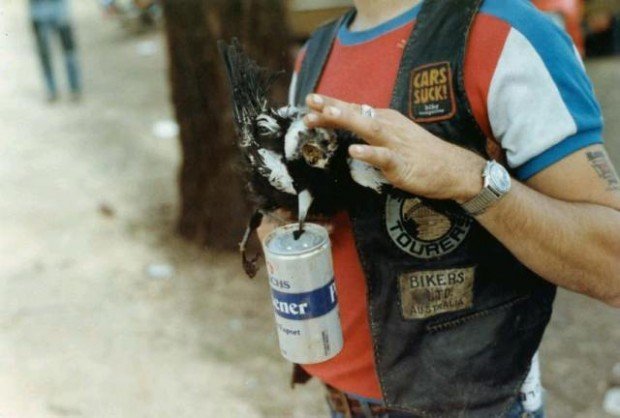 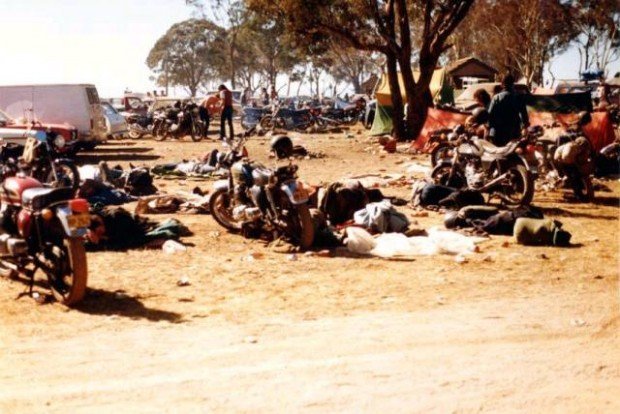 PIC 24. TENTS ARE FOR POOFTERS In The Year of the Great Last Riot, some people dispensed with tents altogether. Sleep was for the weak and even the fart-sacks stayed rolled up. 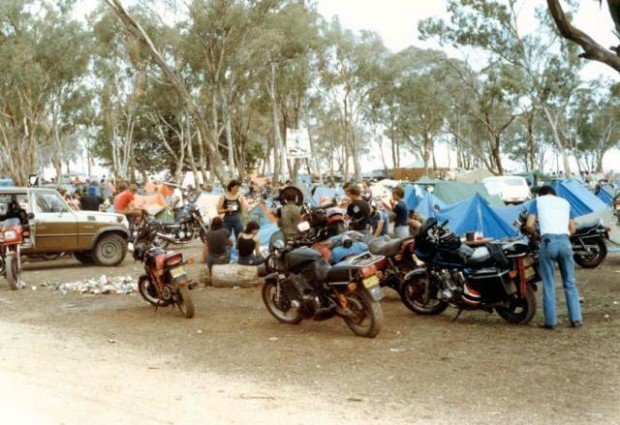 PIC 25 Apparently, this was a campsite I stayed in at some stage. I only know this because I can see my bike’s back end on the far right, and my girlfriend at the time (seated on the log in a black singlet). Otherwise, the picture means nothing. 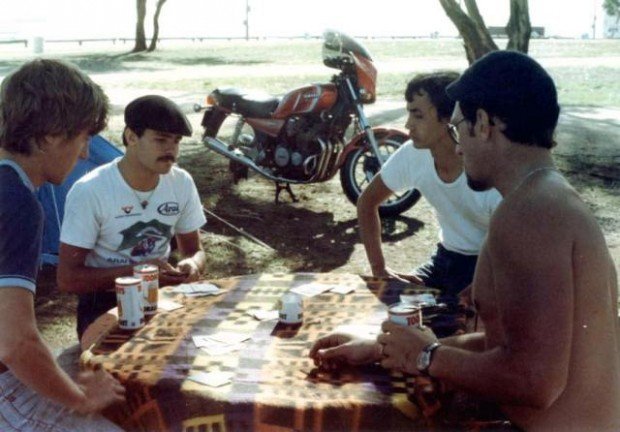 PIC 26 – PEACE & TRANQUILITY Because I was in the habit of arriving early for the weekend, my mates and I were often left with no-one to play with except each other. Here, shortly after destroying Dave’s rear tyre, we settle down for some quiet hands of cards. From left to right: Dave, Scott, Dave’s bike, Barry and me. I’m topless because it was hot and I felt constricted by my clothing. I think. 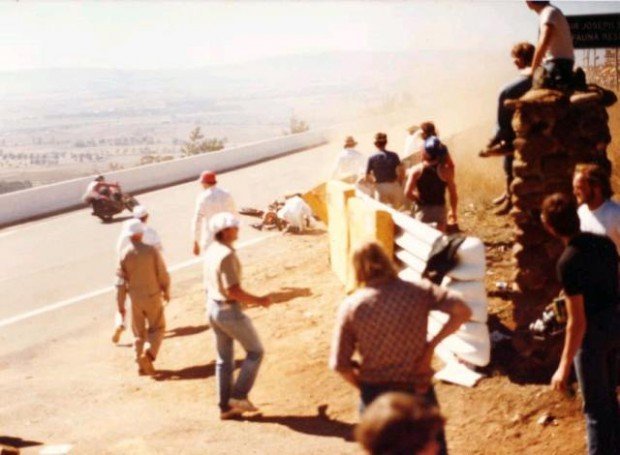 PIC 27 SAFETY? WHAT’S THAT? Today’s racers are spoilt by vast run-off areas which greatly extend their lives. This was taken when Mal Campbell trowelled it right in front of me. Luckily, he wasn’t very badly hurt. Probably. 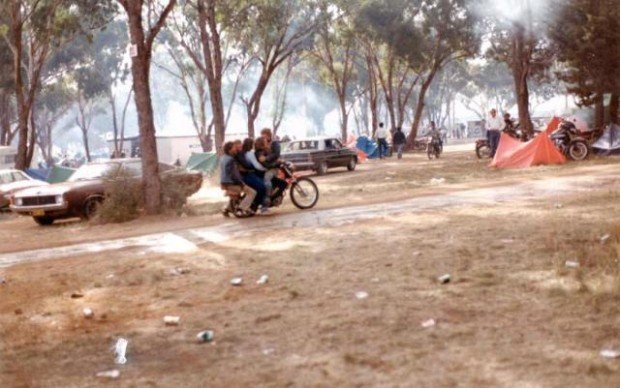 PIC 28 “JUST GET ON, FUCK YA!” Bikes carrying five people were a relatively common site. This is because five drunks have far more control over a bike than one drunk. It’s true. Ask anyone. 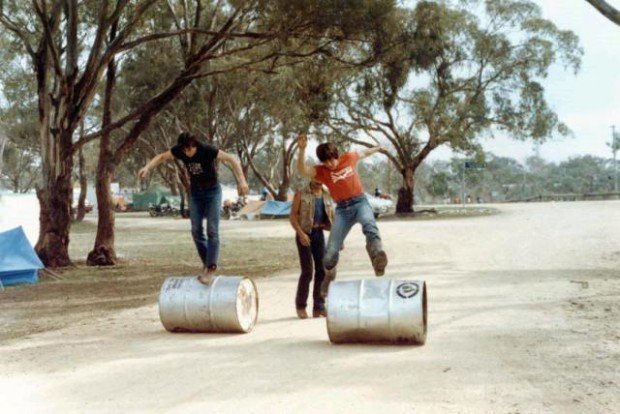 PIC 29 BARREL RACING I told them fucking with non-motorised things was very dangerous. Did they listen? Nope. The guy on the right is Matt. He fell off and had to lay down quietly for a while. The bloke on the left is my old girlfriend’s former boyfriend. A man who had to be beaten several times before he understood that I didn’t find his company appealing any more. 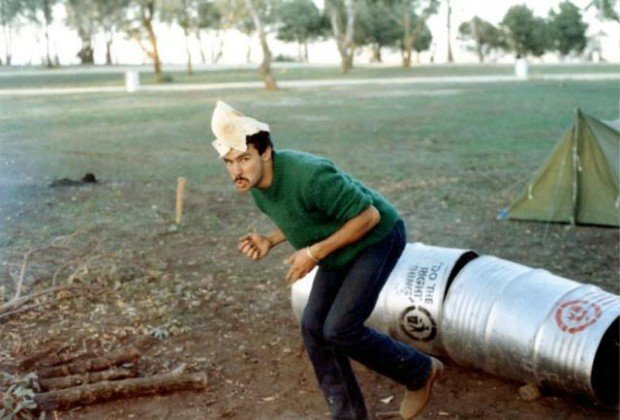 PIC 30 – WHY DID THE CHICKEN CROSS THE MOUNTAIN? My good friend, Scott (now deceased) would often place Lebanese bread on his head and make chicken noises. No, I don’t know why and I never asked in case the answer proved unsettling. 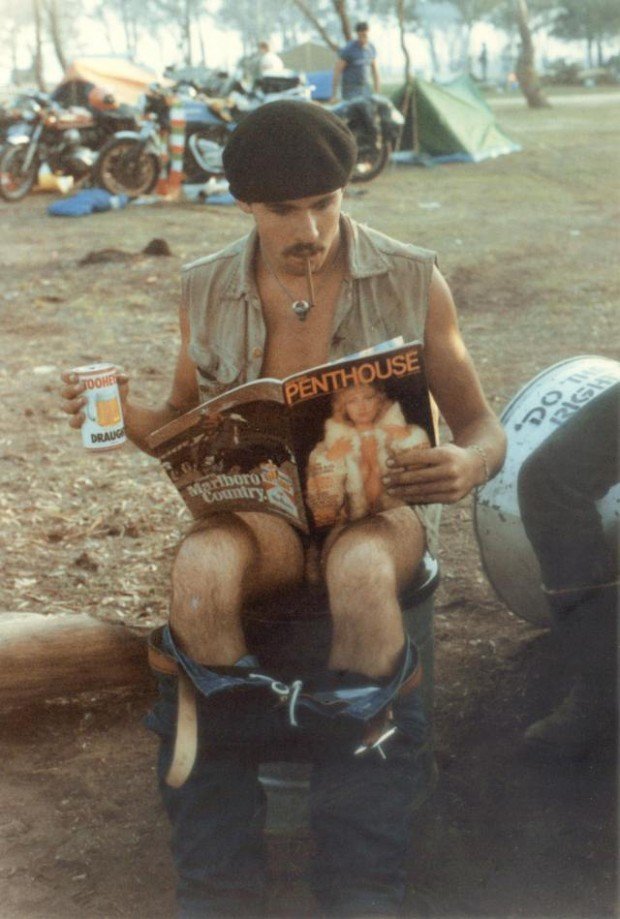 PIC 31 – WHEN YA GOTTA GO… How we came into possession of one of the toilet bowls is anyone’s guess. I reckon we probably stole it, but it may have got there under its own steam. So we used it… well, Scott did, ‘cos he was the only one capable of shitting over the weekend. 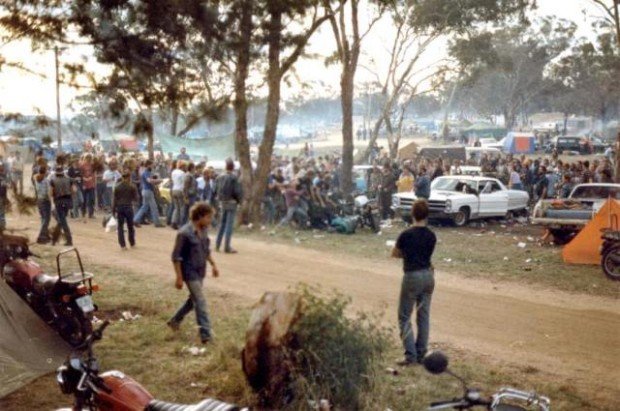 The last year I attended, was a year filled with violence and savagery. This was the first big blue I had seen on the Mountain in almost a decade. That night, the police compound, came closer than ever to being “taken”.