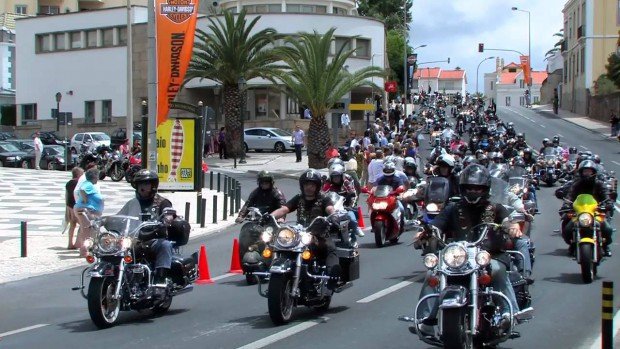 Everyone loves a parade.

Such displays have been part of human history and social cohesion since the first whip opened the first slave’s back.

And there are parades which are meaningful, or poignant, or redolent with grandeur. You only have to see how the Russians mark their victory over the Nazis each year in Red Square to understand how all three of those qualities are best displayed.

So I quite like a parade myself. But it has to have meaning. There has to be some kind of point to it. Are we commemorating something worthy of remembering, or are we celebrating something of cultural or social import?

Because if we’re just trundling along with flags flapping, engines revving, and heads nodding, all we’re doing is advertising a circus.

Circuses used to parade their wares down the main streets of towns to advise the citizens that there’s a show on – a show full of trained beasts, freaks, mummers, acrobats and clowns, which the townsfolk could come to see that very evening.

But traditional circuses have declined in recent times. Seems like people don’t really want to see animals being tortured, which was always one of the main drawcards.

So I’m good with that.

But what I’m not good with is the replacement for the traveling freakshow that sectors of the motorcycling community have seen fit to provide. The circus and its marketing procession, it seems, is alive and well.

A big chunk of motorcyclists have become just that – a self-indulgent pseudo-spectacle of self-absorbed strobbers who imagine their form of transport is somehow worthy of a parade.

These parades take place every weekend.

I know this because they impede, albeit briefly, my progress upon on the Queen’s byways when I come across them.

I like to go for a ride with my friends just as much as the next bloke. But these are rides. Death is cheated, brakes are overheated, corners are carved and world-land speed records are set between bends or on long straights – sure, not constantly, but it’s pretty much how it ends up most of the time. It is the stuff of life. It is what motorcycling is all about.

What motorcycling is not about, and never has been about (until apparently quite recently) is trundling along at or just below the speed limit in shameful pelotons of self-indulgence.

What are you? Pushbike riders?

Do you clowns have mirrors? Do you somehow fail to see (or hear) the race-piped clot of lunatics behind you, gearing madly down to avoid skittling you all like so many shining ten-pins? Are you deaf as well as arrogant? Or have you wired yourself for sound? Is that it? Is your ham-planet pillion jabbering complaints about her swollen bladder into your blue-tooth-fed ears? Is that why you do not move over?

Or is it, and I hope it’s not, some insipid self-righteousness that causes you to ride like a clueless, skill-free idiot?

Yes, I understand that objects in the mirror do not matter and that it is indeed my job as the losing rider (I’m losing because I am behind you) to pass you. That’s in the rules.

And pass you I will. As will my friends. If our passing you means we have to slice through your dawdling assemblage like a sword through the neck of some godless Saracen, then that’s just what’s going to happen.

And then you’ll be in my mirrors and you will no longer matter. You are of course free to purse your lips in condemnation if my passing upsets your parade formation. Just as you are free to take it up with me at the next service station I’m fueling up at.

For my part, I promise not to run into you no matter how abysmal your riding is. I understand you’re in a parade because your lack of motorcycle-operating skills prevent you from actually going for a ride. I am fully aware that you will not see me (until I pass you), and that you are every bit as blind and dangerous as the car driver you really are. I get that you do this motorcycle thing as a kind of sunny-day, weekend-thing, and that you actually believe that speed kills and that the more speed cameras there are, the safer all the little children will be.

And because I get this, I do not kick you off your bike as I ride past. Nor do I brake-check you into the rock-wall, or reach out and slap the back of your microphone-equipped helmet with my mailed fist. Because I could and would do that if I wasn’t such a cheerily-disposed individual…
“And how did you come to be in this table-drain with your spine peeking out of your torso, sir?”

“I lost control of my bike when this hooligan, travelling well in excess of the posted speed limit, slapped the back of my helmet in passing.”

“Why did he do that, sir?”
“It’s because he hates parades, officer.”