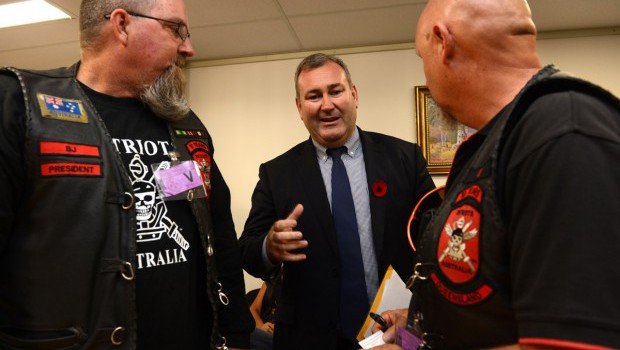 In a bid to halt his government’s plunging popularity, Campbell Newman has taken to polling for popularity, which has done nothing but has resulted in an even more massive fail.

Polling the public to assess support for controversial government policy is a risky business. The reigning Queensland Liberal National Party is faced with plummeting popularity, community backlash over ill-conceived laws and an increasing rift between professionals and the government. Yet Queensland Police Minister Jack Dempsey MP has supposedly come to the party’s rescue with a new survey to show unprecedented support for the ‘war on bikies’. The timing is perfect, the statistics appear damning, but this latest poll begs the question, why take the risk on a public poll unless you already know the answers?

Well, obviously, because the Newman Government knew exactly what the answers would be. 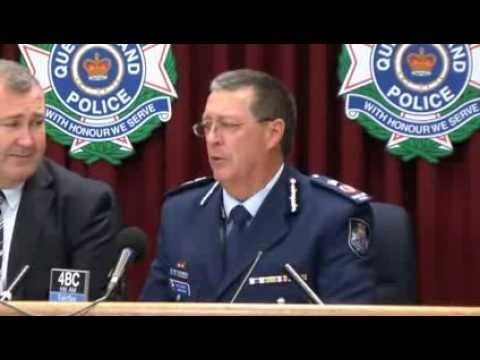 Look! The The Newman government is now putting its PR hacks into uniform.

Since the inception of the bizarrely named Vicious Lawless Disestablishment Act, or VLAD for short, the ban on bikies associating and the other weird and draconian laws including restrictions on work, and wearing certain fashion accessories in pubs, the Queensland Government has spent over $1.3 million dollars of the public’s money telling the public the laws are absolutely required and are essential for the safety of the community.

The first step in convincing the public of the deadly threat was to rebadge one percent motorcycle clubs as ‘Criminal Motorcycle Gangs’. The inclusion of the word ‘Criminal’ in this completely fictional and unsubstantiated new label has a damning effect on public opinion.

Anyone who has ever studied anything to do with statistical analysis knows that the validity of a survey depends on a number of things. These include how the participants were chosen, who funded and conducted the survey and most importantly, how the survey was worded.

And here we see the most crucial point.

It takes little imagination to work out how the Queensland Government’s Strategic Monitoring Team worded this survey.

There is no doubt whatsoever that the survey included the words “Criminal Gangs” and continued to feed into the minds of the public the same lies, deceit and misinformation so fondly propagated by Jack Dempsey and his senior police. 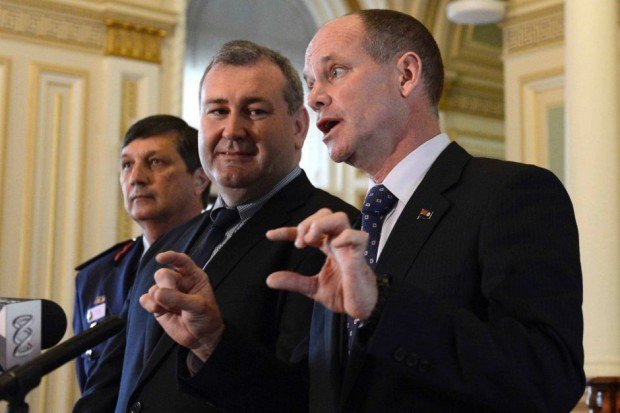 According to Jack Dempsey, 89% of people across the Gold Coast and 78% across the state want the tough laws against criminal gangs retained. Apparently the tough measures are supported by 57.1% of people, up from only 47.7% in December 2013. There was also a 10% increase in the community’s confidence in the Government’s ability to manage criminal gangs over the same timeframe, with 58.2% of people supporting a ban on bikie clubhouses.

But also pretty stupid when you look at what the participants were most likely asked to comment on and of course, what is reflected in reality.

The Courier Mail, the Newman Government’s biggest supporter and spreader of misinformation, neglected to publish that 70% of those surveyed felt that law-abiding motorcyclists were still likely to suffer police harassment, and more than half of respondents thought that innocent people or businesses could be affected by the draconian laws.

This latest poll shows us nothing more that we didn’t already know. The Newman Government, intent on misleading the public in the absence of actual evidence, is feeding answers to participants of government-sponsored polls to get the answers that it wants. 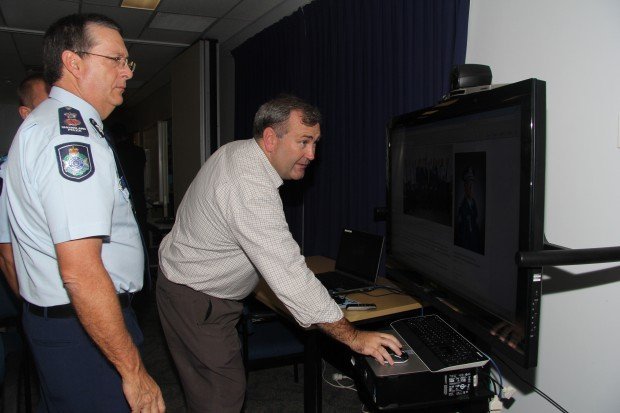 “Watch this. I’m right across this Social Media thing.”

And it does this by jumping to the same tired old conclusion that members of one percent motorcycle clubs are in fact criminals. It does this by implying the laws only apply to members of ‘criminal gangs’ – none of which have been declared so in a court of law, with evidence adduced to prove as much. And it does this by neglecting to say exactly how many bikies have actually been convicted of real crimes – excluding the new made-up crimes like having a beer with mates in a pub or lunch with a boyfriend. It neglects to say that the reduction of crime on the Gold Coast has nothing whatsoever to do with the new laws, but is far more likely to do with the massive increase in police presence and the possibility that police are actually doing their jobs for once.

This insistence on feeding lies, deceit and misinformation to the public, then lauding it as public support from the results of an ill-formed and no doubt completely invalid, unreliable and biased survey, is plainly embarrassing.

It smacks of nothing more than Jack Dempsey and his senior police telling the public they are doing a grand old job and then filling in the survey answers themselves on behalf of the public, who despite their general lack of trust in politicians, are still inclined to believe the government when it comes to law and order information.

When analysing the almost certainly flawed statistics, another more likely picture emerges of the public’s true opinion. And it doesn’t look good for Newman and his chums.

No-one in their right mind would say they support ‘criminal gangs’.

However, one percent clubs, those clubs that bikies are members of, are not ‘criminal gangs’. It is a fallacy to state otherwise. It is an outright lie perpetuated by the Government. There is no evidence that one percent clubs, as an organisation, are criminal gangs. Yes, some members happen to engage in criminal activity and have criminal records, but the Queensland Police Service’s own data shows that the vast majority of bikies do not have any convictions for serious offences, and members of seven of the twenty-six clubs have no convictions at all. No court in Australia has ever found a one percent club to be a criminal organisation, and even the Australian Crime Commission notes that bikies in general are far too disorganised to be part of organised criminal enterprises.

What is the most telling is that 70% of those Queenslanders polled are concerned that innocent, law abiding motorcycle riders will be harassed by the police, and over 50% believe innocent people will fall foul of the laws. And here is the real news. The vast majority of bikies in Queensland are law-abiding people. Men, with families and real jobs. Men, who do not engage in crime, but just happen to ride a motorcycle and just happen to be a member of a club.

So, Jack Dempsey, this survey is nothing to gloat about. Nothing to cheer about.

It does nothing more than expose the Government cheap (or not so cheap) propaganda machine once again at work.

It demonstrates the Government’s insistence at demonising innocent people, under the guise of ‘community support’ and ‘popular opinion.’ It shows how surveys and polls can be manipulated to get an answer the Government wants, simply by the inclusion of a word that it knows no ordinary member of the public would profess to support; ‘criminal’.

Nice work, Jack. You have successfully destroyed the trust of Queenslanders.