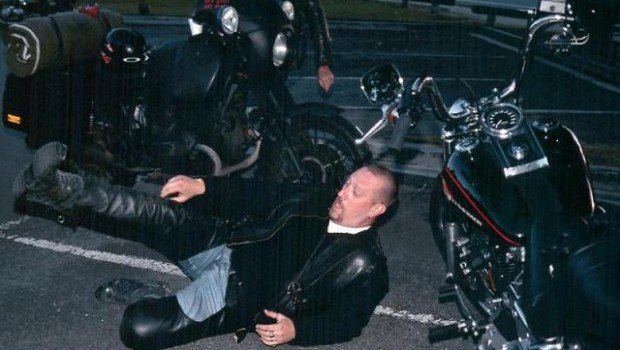 One lone rider braved the New England Highway (on a 250 two-stroke, no less!) and regaled us with equivalent tales of persecution, which was much worse than we could comprehend, given that the 200-odd cops on the New England only had him to play with. 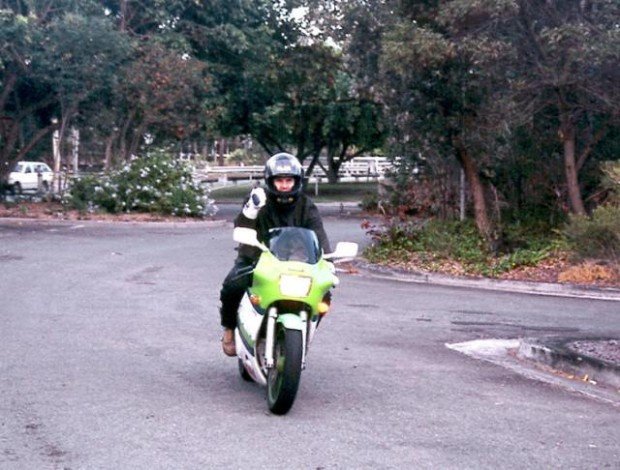 The man who did the New England alone

Many were the stories of that night — police with chafing erections roamed free, and shit was happening, at speed, along those highways after midnight.

Two blokes didn’t finish. One shredded his tyre before Newcastle and retired gracefully. One filled his pants with the kaka of fear after being hunted like a dog by the cops, and hid himself in a sleazy motel near Taree.

But I don’t think I was ever more relieved to see Jupiter’s colossal casino rearing up before me on that November morning. It even gave me a slight fat I think, but that could have been just ‘cos I badly wanted to wee. You get like that after being subjected to more than twelve hours of the most odious police harassment in the history of history.

Now I could finally have wee and shed the unmarked red XR8 that had dogged my back wheel since Murwillumbah.

I pulled into the car park, fell to the ground as I got off my bike, and was greeted with a ragged, though hearty cheer. I was the twelfth rider to arrive. 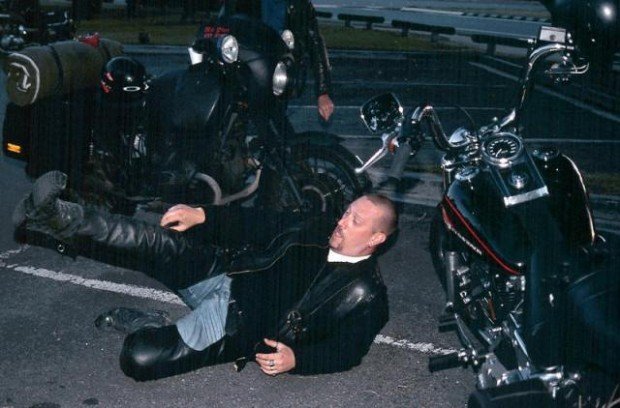 The eagle has landed… on his arse 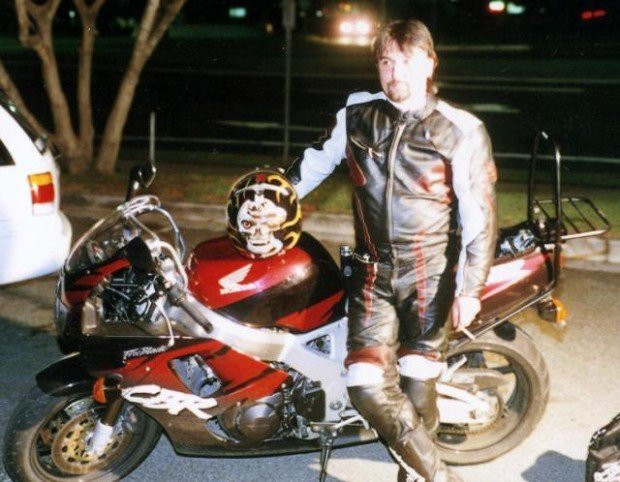 The man and the motorcycle who did it — Hronya pola, re!

The 50 participants had been stopped a total of 297 times, with myself scoring 10 stops, four speeding tickets and one overtake on double yellows. My licence was something I had yesterday when I left Sydney. 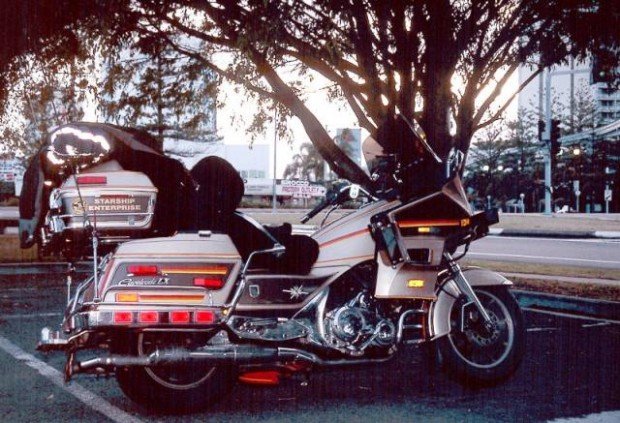 Suzuki just don’t build them like this any more 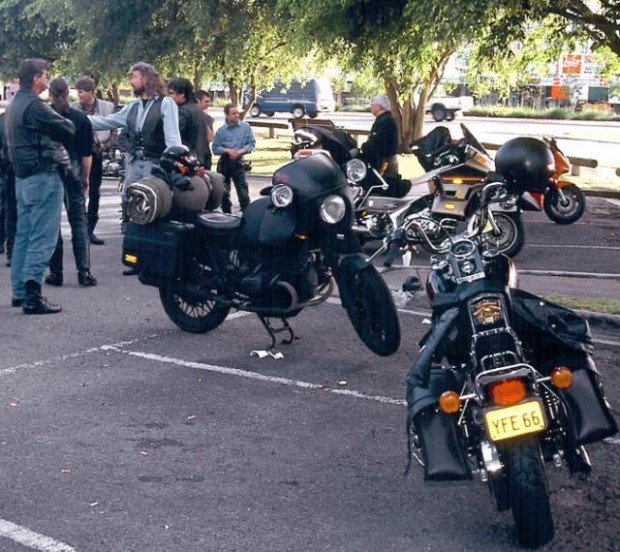 The Hezbollah Express could soak up sunlight 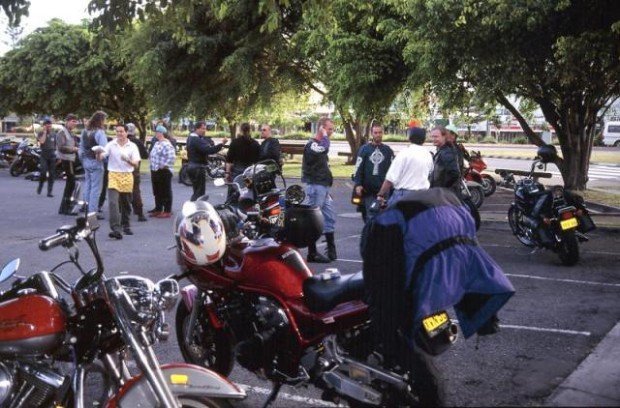 It was a happy time outside Jupiter’s. No-one was dead.

The winner was the Greek guy on the Fireblade. His time, given the circumstances, was an astonishing 11:42. I was 40 minutes behind him.

That night, when the Jammers had assembled at a nudie bar called Santa Fe Gold for the prize-giving and babe-ogling, I reflected on what I had done and made these people do. I had trouble believing it, but I only had to look around at the beaming smiles and backslapping and shouting going on and I knew I had done something very special — as had every single Jammer there. They had every right to be proud of their achievement. 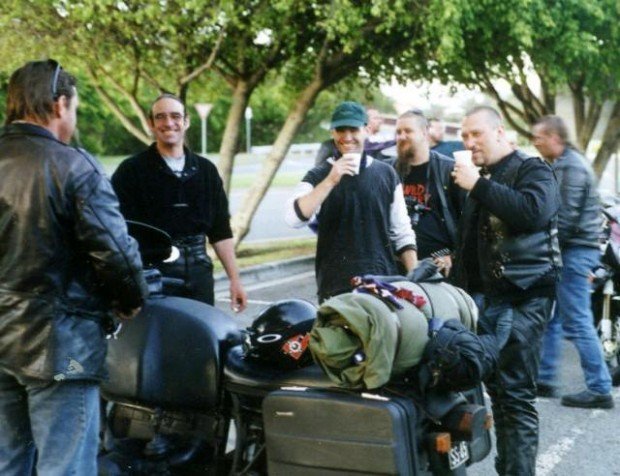 Facing the camera, left to right — the priest, my good mate Greg and me — and there’s only a little rum in the cup. Honest.

Me? Well, I’d blown several thousand dollars of my money in prizes and traffic fines and over the next few months would be involved in a series of court battles and letter-writing campaigns to the then Police Commissioner, Peter Ryan, which culminated in a meeting with the head of the Highway Patrol, me, my lawyer and the State Ombudsman. 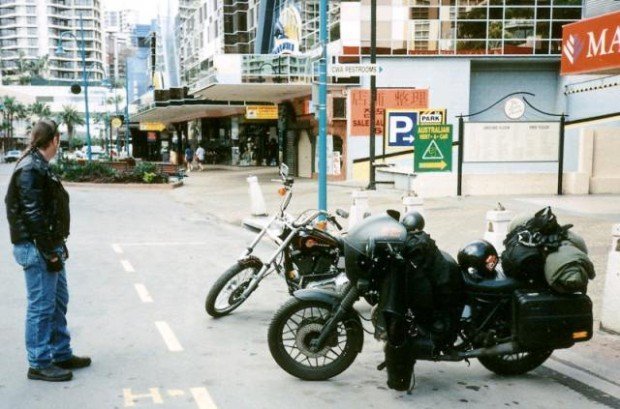 Jeff admires T.H.E. and the way it makes his Harley look weak and feminine

Nothing ever came of that meeting, which was not surprising.

What was surprising, was the fact that we did another Jam to Jupiter’s the next year. Only this time, the winning time was seven hours and 23 mins. Not a single police officer attended.

But that’s a story for another day.