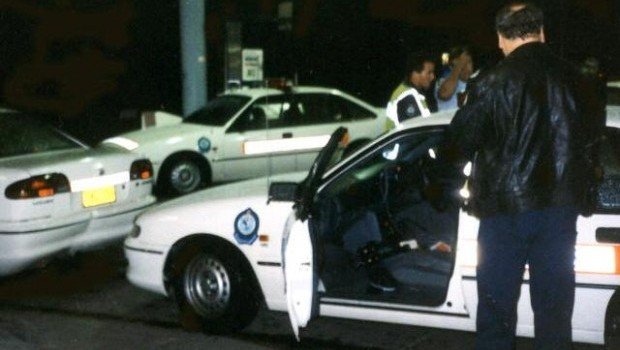 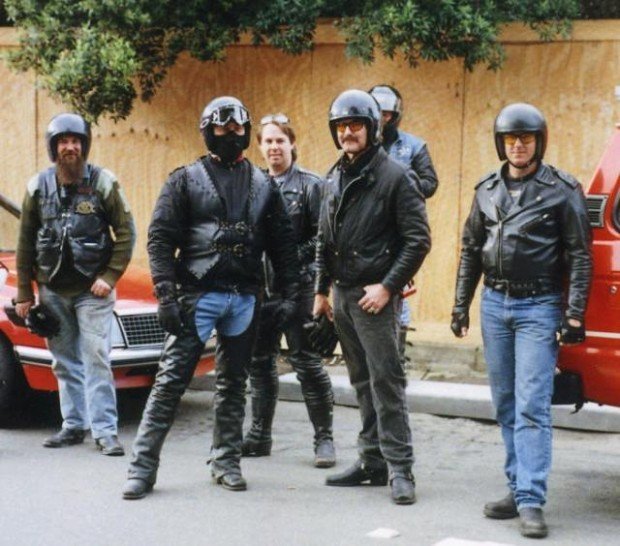 I don’t wanna hear a word about the chaps. Not one fucking word

When I found the highway again, I realised I didn’t know where the fuck I was in relation to anyone else. Cursing continuously in seven languages (an ability that has served me very well over the years), I was almost to Newcastle before something on two wheels passed me. As folks who’d heard about the event waved at me from the expressway overpasses, I was considering the initial police reaction when the Jam finally came to their attention three days before the start.

“You cannot give out $2000 cash for the first rider to arrive,” came the advice from the NSW Police Traffic Branch. “And you can’t give out any prizes for the most speeding tickets.”

“Racing on public roads is illegal.”

And rightly so. This isn’t a race, but.

It’s a rally — um, except we’re all leaving together at the same time.

“No-one is allowed to win!”

Sure. But according to certain immutable laws governing our universe, and with careful regard to sections of the Traffic Act which forbids motorcyclists to ride 50 abreast on public roads, even if we all leave at once, it follows that someone has to arrive at Jupiter’s first. 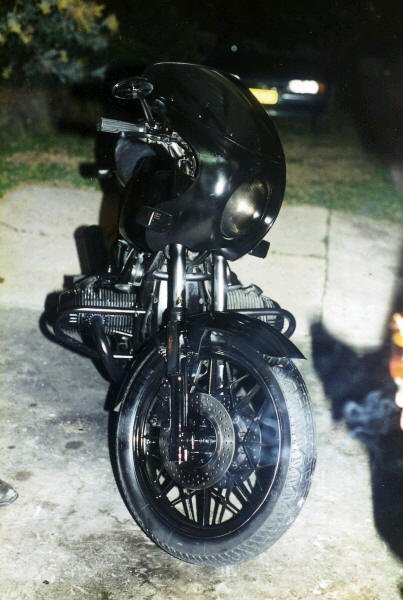 The Hezbollah Express. Come get some

“You must inform everyone of that.”

“We will be watching.”

Well, they did a bit more than just watch. I’d just been through two breathalyser units at Ourimbah and at the end of the freeway. I was breath-tested rather disinterestedly both times, but photographed and recorded on a clipboard with much more enthusiasm. So much for the “watching” bit.

Thus far, only the Greek on the Fireblade had passed me… oh, and Werner.

Werner was immediately interesting to everyone at the start when he asked what impact his $2500 of outstanding traffic warrants might have on his journey — and what, if anything he should do about them.

“Pay them now,” was the excellent legal advice proffered and summarily ignored.

Nonetheless, Werner, astride an ancient Kwaka 1100 shafty, also passed me on the expressway. I thought his mate on the back (who was only brought along for his ability to roll fat joints whilst on the move) looked a little tense. This may have had something to do with Werner’s habit of passing everything on the left — whether there was bitumen there or not. But I’m not sure. Maybe he was just new to pillioning.

At Hexham, both the Greek and Werner stopped for fuel. I sailed by, snickering and patting the monstrous Heinrich tank.

Then I got stopped by the cops at Raymond Terrace.

Then I got stopped again at Karuah.

And once again at Bulahdelah, just after Werner howled past me at what I thought was a very thoughtful speed. So while he was explaining himself to Highway Patrol car No. 76, The Hezbollah Express and I motored on.

But I still had no idea where I was in relation to the other 47 riders.

And then it started raining.

I fishtailed my way through the Bulahdelah Mountains, twin spotties aflame, alone with the trucks and rain.

Fuck it, I thought. I have wet weather gear. I should probably put it on. No-one will see. I pulled into the servo at Nabiac and was immediately surrounded by six Highway Patrol cars. I’d passed them setting up a breath-testing extravaganza a kilometre back, but they paid me no mind cos it was raining. Now they came swooping into the servo like soggy schoolboys from a teeming playground. 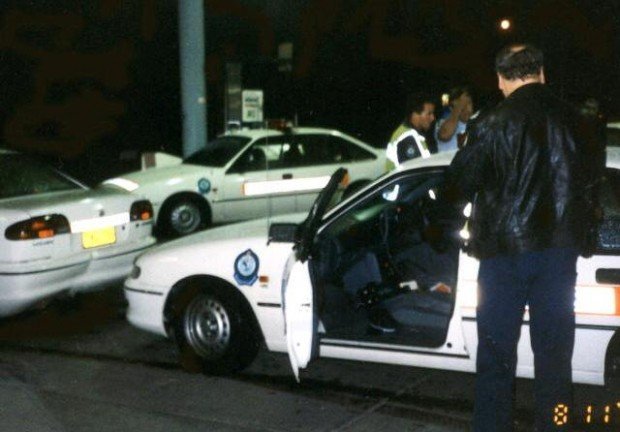 I was pulling on my rubber overboots as they bitched about the weather.

“Doing a bit of camping, mate?” one of them asked, mistaking the giant roll of Jam T-shirts wrapped in my swag for camping gear.

“Yep,” I nodded, thankful Mrs Mihailovic didn’t raise a complete fool. “I sure hope to. Pity about the weather.”

He nodded, glancing at the downpour.

He doesn’t realise I’m part of the Jam, I realised. None of them do.

The arrival of yet another police car confirmed this.

“They’re comin’!” leered a very senior officer at the wheel. His triple-striped sleeve was soaked, but he still had it hanging out his window so’s everyone could tell he was the Fleet Admiral at a glance.

“Geddout and get ’em!” he said shortly to his assembled minions, just as the Greek pulled in on the ‘Blade for juice. I left as he was filling up, shaking his head and glaring at me. He was looking at the departing cops and me like I was to blame for everything.

I noticed he didn’t have any wet weather gear. Ha! I thought, rolling out into the downpour. Suffer.

Then things got deeply ugly.

I was pulled over in Purfleet, 10kms out of Taree. Once again I was breathalysed and photographed and recorded.

Then I was pulled over again just before the Taree bridge over the Manning River and breathalysed again. And photographed and entered on a sheet of paper.

Fuck this, I thought.

“Why are you photographing me, officer?”

“Then you won’t mind if I take your photo too?” I said, pulling out a neat little camera from under my jacket.

“What are you fucking doing?!” he screamed.

I clicked the shutter and he turned his head as the flash lit up the area around us.

“I’m taking a picture of a public service official in the execution of his duties,” I parroted.

“You can’t take my picture without my permission!” he cheeped.

“But you can take mine?” I asked with a grin.

“If that picture appears in any magazine anywhere, I’ll…”

“You’ll what, officer?” I said, amazed at the size of my testicles, which were now bathing in a lake of icy rainwater inside my pants. Fuck him, I thought, but then figured me might take it into his fool head to shoot me for being a smartarse. His hat was on pretty tight.

He is gonna shoot me, I thought.

Then I noticed Werner had pulled up behind me.

Hooray, I grinned. There was no way he was gonna shoot me now.

He may well drum a few into Werner though.

I rode off, wondering for the first time if this Jam thing was such a good idea after all.

The plan was hatched by myself and my good mate, The Learned One. And like every great idea you and your mates come up with when you’re heavily medicated by bourbon and peering through a thick haze of blue hooch smoke, it was bound to get you into shit.

Still, it’s not like I could call it off now. That would be gay.

I was stopped again 50kms later, just outside of Kew. Thankfully Werner got to them before I did, so they quickly breathalysed me and got on with the entertaining business of doing Werner for speeding, arguing and speaking with an accent.

I skulked into Fat Albert’s Legends café and servo which was 50m up the road and into the waiting lens of Donk, the official photographer.

“How many bikes have gone by?” I demanded. 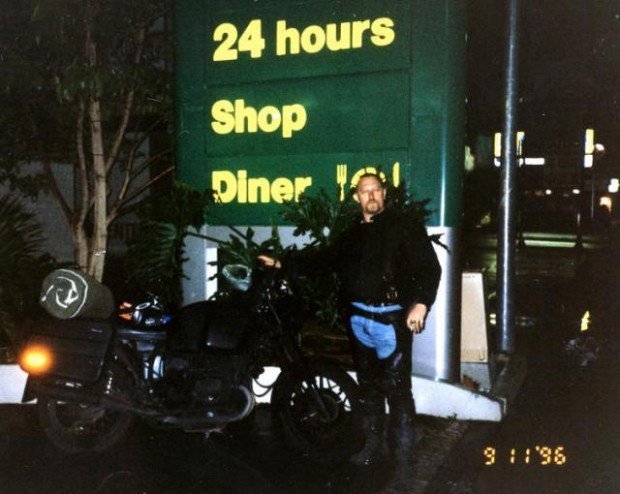 Jesus. I was winning. Mathematics ruled!

But I was feeling a little frenzied and fey.

An hour-and-a-half later, I had celebrated with about 25 fellow Jammers, all of whom were now on the road in front of me.

Incredulity and horror at the massive police action had been bright in their fevered eyes. But there was also a hard glint of determination to finish this run, no matter what.

I left Kew convinced it was gonna be a big night.