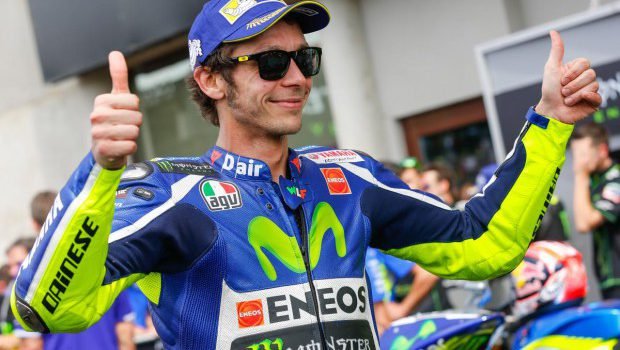 “I want to know how many legs the Yellow Puta has, how many of them are actually his, and which of them, if any, are broken, or belong to a third party.”

What is that terrible Yellow Puta doing or not doing? The last I looked he was regrowing his leg after it fell off.

Now I see he has been riding special secret motorcycles around Misano. What is the R6, Gigi? Why is Yamaha testing this new bike so late in the season and using the one-legged Yellow Puta?

Some people have said he has already done that, and the Yellow Puta has been drinking special cocktails made from Agostini’s stem cells, the sex-glands of howler monkeys, and limoncello to make sure his new leg isn’t rejected by his current pelvis.

Seriously, Gigi, did they think I would not notice? I pay very close attention to these things, you know. I even take notes. For my book. And because it helps me to remember things. And because I have such bold and brave handwriting.

I want to know how many legs the Yellow Puta has, how many of them are actually his, and which of them, if any, are broken, or belong to a third party.

I want to know how many legs Marky Mark Mark Van Mark Der Mark Van Mark has, and if he has too many of them, will Dorna allow him to race instead of the Yellow Puta, or will they take turns racing, or will there be another motorcycle out there with a three-legged rider on it?

And lastly, I need to be assured this secret Yamaha R6 which the Yellow Puta rode around Misano, apparently faster than me, and apparently with all of his legs working, will not be racing at Aragon on Sunday.

Now, because I will be racing and winning in front of my people on Sunday, I think it is important for any puta trying to sneak into the circuit wearing yellow to be set upon by dogs.

I have arranged for some dogs to be delivered to the circuit on Friday evening, and it would be good if you and the rest of the crew helped to off-load them from the truck. Mind your fingers! Ha ha! And make sure you’re not wearing anything yellow.

Also, make sure the sign out the front of the circuit is changed to Gran Spartano El Mamba 99 y Martillo y Mantquilla El Aragon con Lorenzoland as agreed with Carmelo.

I think that about covers it for the moment.

We will speak soon, Gigi. Meet me at the dog cages after FP1.