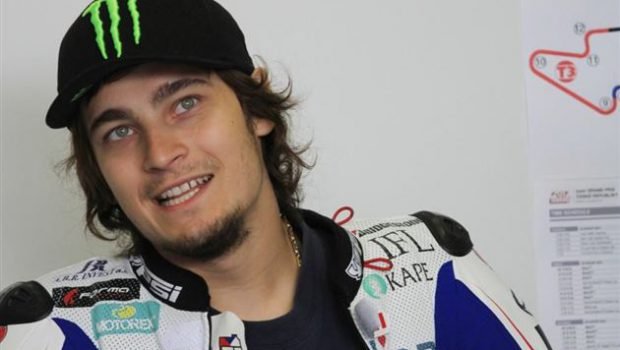 “I just wanted to tell you your monkey is dead and to say sorry to you for beating your factory Ducati on my 1985 Pantah.”

My name is Karel. You may have seen me from time to time. I sometimes wave at you in Parc Firme, but you never wave back. You once asked me to bring you fresh towels, remember?

Just so you know, I didn’t take your monkey, so please don’t push any more notes under my door saying “Where is my monkey, towel-boy puta?’

Cal killed your monkey. Everyone knows that. Except you, apparently. So now you know. I don’t think he killed Ucciccio on purpose, and I’m pretty sure Rossi didn’t put him up to it, but you never know with Vale.

He can be a bit of joker towards the end of the season when he knows he cannot win the championship. He once put an extra supermodel in my motorhome and I didn’t even notice for three days. So funny.

I race a very old Ducati Pantah. I think it is from 1985. But my father owns the whole Czech Republic and the parts of Hungary with electricity, so that’s all I’m allowed to race according to the rules. I don’t mind. I still get girls and I have a law degree so I can always do that when I get sick of racing motorcycles. 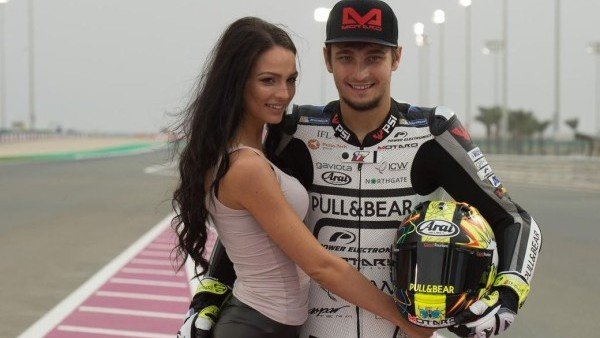 This is my favourite one. Her name is Nikola. She’s an accountant.

Anyway, I just wanted to tell you your monkey is dead and to say sorry to you for beating your factory Ducati on my 1985 Pantah.

Usually, me, Scott, Loris and Hector take turns being the slowest Ducati riders in the MotoGP. But this time it was you and Danilo. Pretty cool, huh?

I don’t even get paid to race, and I still have lots of sex with hot Czech girls because my Dad is rich, so I don’t really care.

I don’t know if Loris cares. I don’t speak much French and I’m not sure if he cries all the time because he’s happy or because he’s sad, or because he is Zarco’s chienne di poulle as he puts it. It’s hard to tell. The French are strange, aren’t they?

Scott cares, but that’s because he’s English and has a tattoo on his neck. He gets paid in porridge and his manager beats him with a fence paling each time he crashes, so he really has to care.

I think that’s why he tried so hard on Sunday to be the fastest Ducati north of Antarctica. And he was. He was so happy he only punched Rabat in the face once.

I also think him and Sam Lowes are going to have a fight at the end of the season, and it’s going to be over who gets the most porridge after each race for being the slowest Englishman on a Ducati. The English are funny about their porridge and they love to fight.

All Hector and Alvaro care about is their hair and doing body-shots with bikini centrefolds at Ibiza each year. Because they’re short and Spanish, it’s lucky they race MotoGP or girls wouldn’t go near them. But I’ll bet you already know that, huh?

Still, you must be happy you beat poor old Tito by a massive one-tenth of a second. That was pretty special. Just when he decided to stop self-harming, you do that to him. Poor bastard.

I didn’t see it because I was in front of you both, but one of the girls in my hotel room said she saw how well you did. I think that’s what she said. She did have her mouth full at the time, hahahah!

Anyway, I think I will see you again in Sepang. I like Malaysia. My dad owns a few hundred islands there and we can go windsurfing after the race if you like. Let me know, OK?

Once again, sorry about your dead monkey and for beating you. I almost beat Dovi too, apparently, but he picked up the pace towards the end. Not like you and me, huh? Never mind. It’s still pretty fun racing motorcycles, isn’t it?