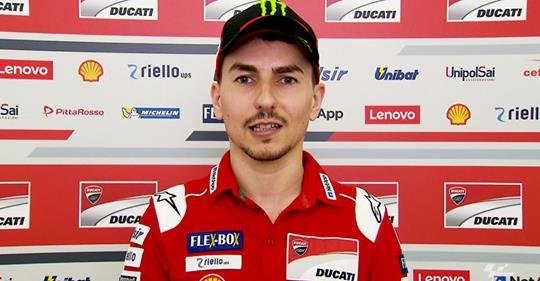 “I am leaving now. Stop touching me and trying to hug me. Seriously. You all smell like an old wooden floor after a bull has dropped his bladder-juices on it.”

Dear Gigi, the Germans and the rest of you Ducati Basura,

I am leaving now. Stop touching me and trying to hug me. Seriously. You all smell like an old wooden floor after a bull has dropped his bladder-juices on it.

Take the rubbish warm yellow wine, take the plastic glasses you served it to me in, and see if you can maybe push all of them into Domenicali’s tiny little insect-culo.

I would like to say it has been fun. But it has been mierda instead, so I cannot say that. I had this championship. It was mine, and to be serious, I am still the Peoples’ Champion. Just because the Puta with the Teeth of a 1000 Horses cheated his way to the title does not mean I did not actually win it.

But I am as gracious in defeat as I am glorious in victory – like an eagle with the fins of seven sharks who has spears for eyes and in whom courses the hot blood of the Mamba el Spartano y Furioso y Ponderso y Glorioso y Estupendo y Sin Igual.

So I will take a few minutes to bid you all farewell and to offer some advice to the rest of the field. Then I will go and become the Supreme Repsol and sit on my Orange Throne of Conquest.

OK, so first. Goodbye. As I said before, you were rubbish before me, and you will now return to rubbish. The crying idiot and the monkey who was once a policeman will not ever get you a world title. One idiot is blinded by tears and the other idiot needs his eyes shaved so that he can see to ride. You are doomed. You have two blind putas racing for you. Oh well. I don’t care, so goodbye.

Number Four – Idiot of rubbish. Weeping, snivelling woman with the private parts of a cat. You would make a better waiter. You have been Number Two to me, and now you can be Number Two to a chimpanzee.

Number Five – Because you are French, you have the heart of a snail, make love with your dirty mouth, and enjoy women who do not shave under their arms, you will never win anything. Even I shave under my arms. Shaving is winning, Frog Puta.

Number Nine – there are not enough razorblades on earth to shave you, you hapless chimpanzee. Even a blowtorch would struggle. So you will also not win anything except a hair-growing contest, which Dorna will probably start in 2020.

Number 12 – How does it feel to be named after strange short man in an old airport movie who takes his shirt off when other men come to him with balls in their hands? You will also never win anything except maybe one of those chicken raffles the Criminal Redding always holds after each race.

Number 17 – I do not even know who you are or what language you speak. Are you paying someone to come last?

Number 19 – Why did you think wearing the fake gold of a fallen street-walker would help you to ride faster? Is it because the nuns did things to you in school? They will beat you with sticks in WSBK and you will deserve it.

Number 21 – Morbidelellellililli is not a name. It is a condition that requires antiseptic cream. If you come near the Respol Palace next year, I will set the dogs on you.

Number 26 – Too bad you will not be here for me to defeat next year. I have already decided to give your losing minibike to the Teeth and I will have the Bushidos build me a proper adult-sized one. I enjoyed beating you. You took it like a man, even though you are the size of a girl.

Number 29 – I hate you almost as much as I hate the yellow Puta. Sometimes, I hate you even more. Especially when you send me pictures of her doing things to you among the old tyres out the back at Mugello. It is good you go to Aprilia. I will never see you again because you will finish in the dark each race.

Number 30 – You are the one with the octopuses, yes? I see you with the tub before each race. You have a girlfriend who squeaks like a chew-toy when she walks. Have you been Chinese your whole life?

Number 35 – Your eyes haunt me in the night. Children cry when they see you. I know you spent your time in hospital with a bag over your head so the nurses would not panic when they came to change your leg-bones. You will ride a Royal Enfield next year better than you rode the Honda this year.

Number 41 – you are the brother of the other Asparagus, yes? But you are the one the girls do not like, I think. Or is it the other way around? Brothers should not race in the same race. The confusion costs me a few tenths, but that is OK because I always have many tenths to spare.

Number 42 – you have been dead for a long time. I think that man Rick has shot you in Episode One, Five and 342. Do not try and eat my brains, Undead Puta!

Number 43 – You are made of beer. Beer is the drink of Germans, criminals and old prostitutes, who also use it to flush their businesses out after the sailors have left the port. We can never be friends.

Number 44 – You are one too many Asparaguses. You must have been born last. Your face has not been squeezed like an old lemon in the birth canal of your mother like the other Asparagus. And you say the “fuck” on the camera. Carmelo has made a mark next to your name.

Number 45 – There is no place for such criminals in MotoGP. You only have a place in jail, or in British Superbikes, where everybody is on day-release. Give back the tyres you took off my motorhome. And the windows.

Number 46 – Next year, the Mamba will destroy you even more than he destroyed you every time he defeated you. You cannot grow enough legs fast enough when they start breaking and falling off. You will retire immediately after Qatar.

Number 55 – We have been to Brown China many times this year. I think you even served me soup one evening. Or you made the dance on the table with the ping-pong balls. I gave you five Euro. You offered to have my babies. I do not want babies yet.

Number 93 – Be calm, young horse-mouth. I will guide you through the next season like a father. But not a crazy, cross-fingered father like the one who lives in your trailer home and rubs yoghurt into his legs every morning on the roof of the Respol Castle. This will stop once I have taken up residence there.

OK, that is all I have to say to everyone. SSSSSS-CHAH!

Now I must make the tests. Gigi, get my bags and trunks and take them to the Orange Palace. Con rapidez!