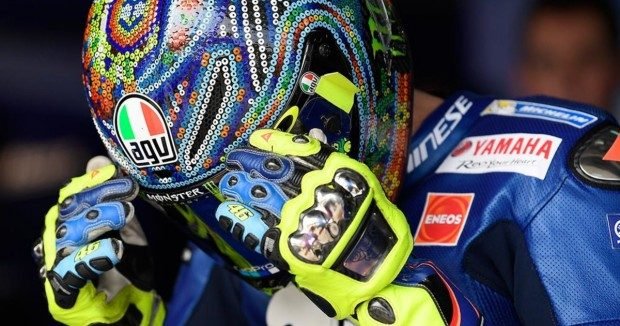 “His crazy finger-crossing father will be neutered, beaten and left to wander the streets of Madrid yelling at garbage bins and tourists.”

Get off the roof of the pit garage. You’re making the local bats nervous and they won’t mate.

Don’t make me get a tranquilizer gun and shoot you full of bull-sedatives.

I want to do that very much at the moment. Your yelling, your endless yelling, is making me a little bit pazzo.

The Yellow Puta is not going to come out and “smoke the Mamba’s massive Spanish pata de la silla which is harder than a can of Red Bull”, OK?

He’s just not. He’s in meetings with Race Direction, after which Marquez will probably be dragged down to the river, hacked into ragged sections, and fed to the anacondas. It will be like he never raced anything anywhere ever.

His brother will be adopted by the Rabat family because they need someone who can actually ride a motorcycle, and his crazy finger-crossing father will be neutered, beaten and left to wander the streets of Madrid yelling at garbage bins and tourists.

And balance will be restored to MotoGP. At least at the pointy end of the field. Which is exactly where you’re not.

We should speak about the fact we’re now in the second year of the 20 million Euro deal Matthias made on my recommendation. And somehow, may the arse of Saint Frassinello force-fire a fat holy turd down my throat, you’re doing worse than last year.

At the moment, you’re beating Smith, Luthi, Simeon and one of the Asparagus boys – the good-looking one, not the munted one with the close-set eyes.

Which is not, I’m thinking, really worth 20 million Euros. I’m sure Matthias will point that out to me very shortly.

George, it’s Round Two and you have one point.

You know who else has one point?
Karel.

You know who has more than one point?

The pace car has more points than you.

Those greasy photographers who run around on scooters photographing Rossi’s every move, have more points than you.

Morbidelli, a child still wet and stinking of priests from his First Communion has six points.

Nakagami, who’s really a Japanese schoolgirl with bag full of eels, has three points, just like that dumb Bautista dwarf who keeps coming to MotoGP rounds instead of going to WSBK rounds.

Syahrin, who was a beer-waiter in a Malaysian satay house a month ago, has nine points.

Tits Rabbit…Holy Mother Of God…Tits Fuckfuckeringfuckery Rabbit, who is kept locked in a steel trunk between rounds so his weeping doesn’t get on his team-manager’s nerves, has 14 points!

George, this season will be an epic carnival of hate, heroism, brilliance and bastardry. And when you’re up the back challenging Smith the Porridge Thief for 21st place, complaining about mosquitos, and how Dovi is using your morale for a chamber pot, you’re going to miss it all.

You’re so far back the TV cameras stop filming you and start focusing on the birds, the lizards, or puddles of water on the track.

While the others are climbing onto the podium covered in broken bits of motorcycle and sporting massive erections, you’re still completing the last sector.

My sister’s husband, Dragan, wants me to cut your tendons and take you out to a place he called “Vukoyebina” and leave you there for buzzards to admire. He says you’re shaming his wife’s family and that as her husband, it may well be his task to address that disgrace.

Get yourself to Texas. Try not to let President Trump’s border guards deport you to Mexico. I may not be able to access the money to bribe them again.

My life is a leper’s rectum.