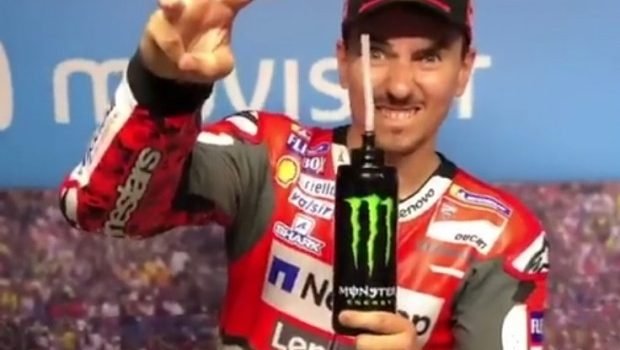 “Have the Yamaha Bushidos sent Lin a sword to cut open his belly with? SSSSSSS-CHAH!”

So far away from the front, Yellow Puta. Not all the legs you have grown could have got you any further up the grid. Because you are too old, and because since I left Lin does not understand anymore how the Yamaha works.

And so it does not work anymore. SSSSSSS-CHAH!

Look how your team-mate, the Tom Cruise Puta, cheats to get his stupid Yamaha into the Top Ten. It even made stupid little Morbid Putino cheat. And now they must start somewhere behind the Rabbit Puta who is still in hospital.

Have the Yamaha Bushidos sent Lin a sword to cut open his belly with? SSSSSSS-CHAH! Tell him to cut from left to right and then up. It is best that way.

Of course, I rode so fast that even the eagles in the sky stopped to watch. They forgot to fly and fell to the earth. If this was Thailand, the spectators would have eaten them.

The Mamba extended his claws and his teeth and flew like a spear made of Spartan arrows through the Aragon – swooping and winding left and right and left and left and straight and left and left. Like butter that runs down a strong man’s legs. Always in the lead and always crying “SSSSSSS-CHAH!” as all the loser putas were left in my heroic dust.

Stupid Asparagus Puta crashed and broke more of his collarbones when he saw me. He cannot have many left. But maybe they can pull some of the extra bones from his ugly face and make some new ones for him. If not, then soon he will have to lose without collarbones, like the Dwarf Puta, who has not had collarbones since 2011.

But I have all my collarbones, Yellow Puta! All 23 of them! HA HA! SSSSSSS-CHAH!

And tomorrow, when I win the race by maybe two full laps, you will know once and for all that my collarbones, like my championship, cannot be defeated!

Try maybe to ride a little bit fast so that you can see me in the front when I win.