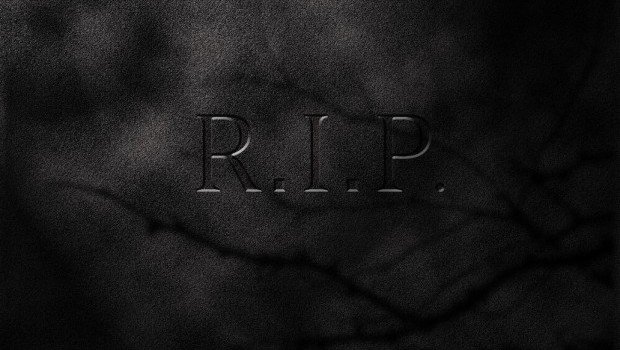 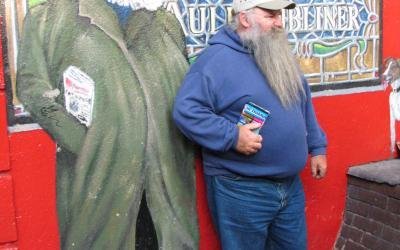 My mate Pete ‘Mr Smith’ Smith is dead, and we are all so much the poorer for his passing.

Doubtlessly, and because he had many friends, you will read much about this amazing individual in the immediate future. And then, because such is the nature of man, you will hear less and less – until you will hear nothing at all and you will conclude the mourning is over.

But I will mourn Pete for the rest of my life. And I will mourn him thus because he was my friend, my colleague, and the best of what was quite a good bunch of the Old School motorcycle journos – though to describe Pete as a mere “journo” would be to do him a grave disservice. He had no more time for the garbage that passes for “journalism” in this country and this industry than any right-thinking bloke with half-a-brain in his head could have.

And Pete had far, far more than the crappy half-a-brain the rest of us are fated to use. His intellect was astonishing, monstrous and utterly engaging. He once told me (after suffering his first stroke), that he’d forgotten so much of what he knew it was surprising he still knew anything at all. Which was utter nonsense (and quite typical of this loveably self-deprecating man) because Pete, stroke-affected and all, still knew more about almost everything than anyone I’ve ever met.

Most of you would have known of him via his regular column in Two Wheels, which is where I first encountered his writing. I was a feckless motorcycle youth and his passionate, distinctive and quite hilarious prose struck chords in me that hum to this day. He did things with the English language no other Australian motorcycling writer dared (or was able) to execute with such simple elegance.

Which is the reason why he was on the staff of the The Picture magazine when I first fell into that strange swamp of supertalent.

Some of you may know of The Picture. And some of you, as is your ignorant wont, will know little of it, but will deride it nonetheless – because that is what fools do when they are confronted by nudity and comedy. But when I joined the magazine, the writing talent I encountered on the staff was so profoundly intimidating I still get cramps when I think back on it.

Seddo ruled us with gentle good humour as deputy editor. Walkley-award winning journos and authors the likes of Jack Marx and Paul Toohey precisely mentored retards of my ilk, while classic newspaper journos like the brilliant Roger Crosthwaite showed me what professional creative writing was really all about.

And sat among these Brobdingnagian writing talents was the heavily bearded and twinkle-eyed Mr Smith – who was actually much shorter than I imagined him to be. Of course, I only had his writings to go on and had never seen him in the flesh, when suddenly, there I was, sitting beside him.

At that time, The Picture was far and away the largest-selling bloke’s magazine in Australia, with weekly sales of between 160 and 180 thousand copies. Sales like this are several orders of magnitude away from the dinky sales figures our motorcycle magazines achieve, and while it’s too easy and too dumb to attribute these staggering numbers to the tits and bums that featured strongly in its content, the real reason The Picture sold as well as it did was because of the genius of its writers. The copy behind its lurid, tabloid-rich covers remains some of the best and most hilarious creative writing ever produced in this country.

And this is where Pete worked when he wasn’t enhancing Two Wheels with his prose. Because as any regular columnist will tell you, motorcycle magazines pay shit and expect everyone to work for love – which is fine by us, or we wouldn’t do it. But we do have to eat.

And every morning I would watch in wide-eyed wonder as Pete ate. He would inhale an entire mixed grill, a bucket of fried calamari and 1.25l of Pepsi for breakfast, all purchased from the subterranean wog milk bar under Town Hall station. My awe was further enhanced as I accompanied Pete on various photo-shoots involving impossibly cute naked girls and bizarre scenarios where Pete’s belly was used as a tropical island (complete with little plastic palm trees), or where he was dressed in overalls as “Pa” and dandling his naked teenage daughter (Kylie the Prentice from Yorkey’s Knob) on his knee, or playing God in one of the many comedic pictorial masterpieces the magazine produced each week.

But what I remember above all else, was that it was impossible not to be happy in Pete’s presence. That is a quality so very few of us possess or encounter in life. But Pete, for all the dreadful physical pain he was in for most of his life, always made people happy – both with his writing and in actuality. And thus we have lost a treasure beyond price.

See ya, Pete. It was an honour and a privilege.