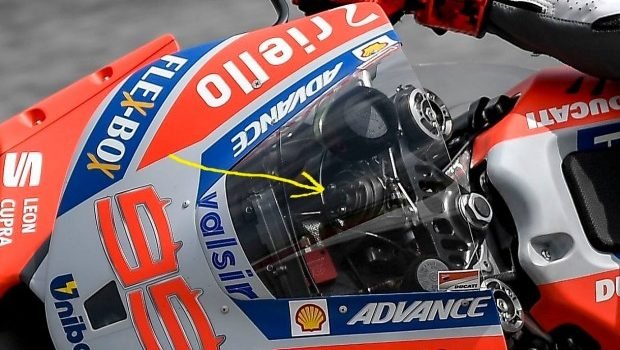 “Get on a plane and come to Thailand. Do not go to Greenland, Ireland, Swaziland, Disneyland, or Never-Never Land…”

Why are you in fucking Iceland? You need to be in Thailand.

I just got a call from a man called Thor who lives in Kirkjubæjarklaustur. No, I do not know how to pronounce it. He sounded like he was drowning a small dog in a big bucket when he said it.

He also said there was an angry child with a spear wandering around Kirkjubæjarklaustur yelling something that sounded like “Doohkhadi!”, but he wasn’t sure what was going on until the child gave him a card with my phone number on it.

I told you that card would come in handy, didn’t I?

Now go back to the airport and get on a plane and come to Thailand. Do not go to Greenland, Ireland, Swaziland, Disneyland, or Never-Never Land.

We have some important things to discuss before the next test.

I have fitted some new things to the bike. You might have read one of them is a pressure transducer that measures surface pressure at different points on your bike’s aerodynamics. 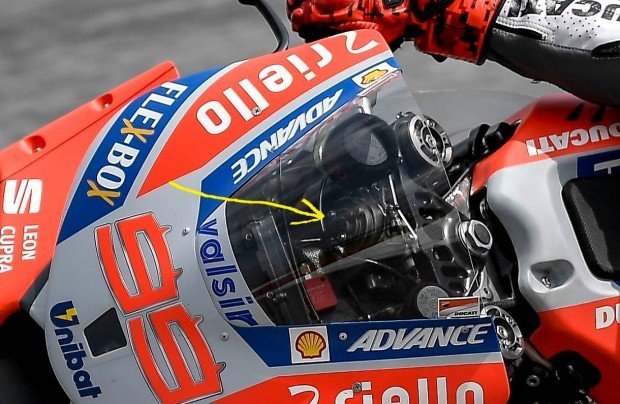 Don’t worry. We shall remove the yellow arrow before the racing starts.

That’s what we told the press. It doesn’t do that at all, so don’t worry. What it does do is polarise the telemetry, which is what you asked for at the end of last season.

“Polarise my telemetry, ramera repugnante!” you yelled just after you punched Dovi in the face after he won his second race. I remember it well. Dovi needed icepacks and to be held all the way home on the plane. I don’t think he’s ever been called a disgusting whore before.

I have also included a picture of your bike this year versus the bike Rossi…oops, the Yellow Puta rode in 2011, so you can see just how much we’ve changed it. 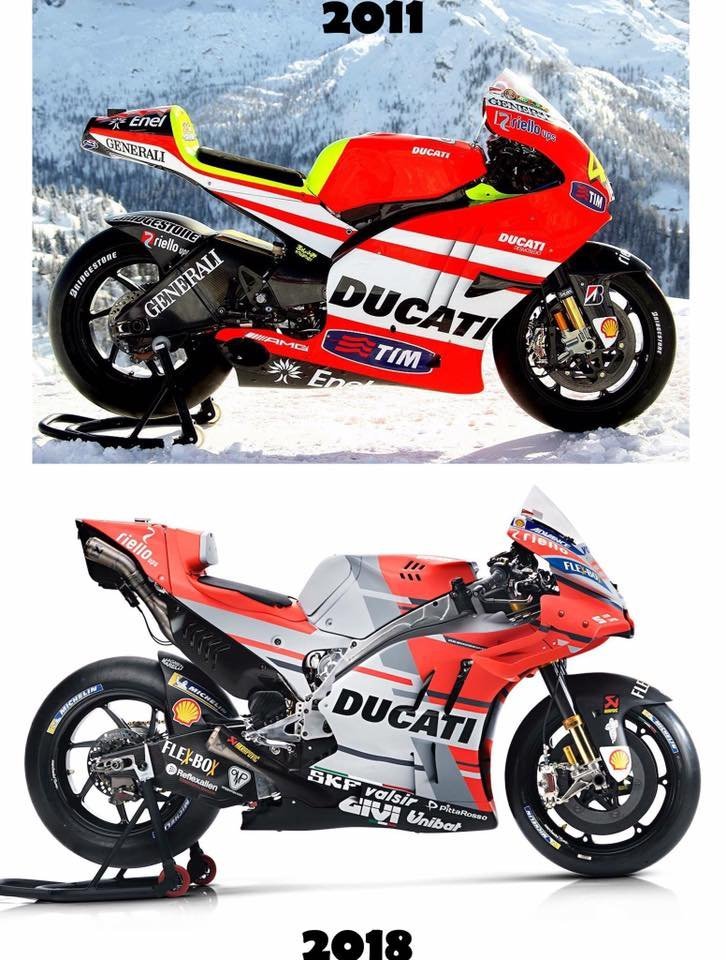 Yours is the bottom one, George.

First, we rubbed off all the yellow paint because you said it gave you leprosy.

Then we made your rear-wheel bouncy hold-brace (see, I told you we won’t call it a swingarm anymore) sit more flat. The Yellow Puta’s pointed more down, but you wanted yours to be more…um, “encouraging” I think you said. You then added you didn’t want it to remind you of Dovi’s face because it pointed down like his miserable but sensuous mouth.

We also made the rear mudguard shorter so your pedazos de mierda enemies would be blinded by sprays of Holy Mamba Champion Water during a wet race when you’re in front of them. That hasn’t happened yet, but just so you know it can happen when you’re ready.

We added some airholes in the tank where you like your Japanese sex-octopus to sit during the race, and I made sure they looked exactly like the “Blood-gills of the Spartan shark!” as you requested.

And as you can see, we have also made the fairing look like “The beak of an eagle which is tearing the piss-yellow dog-flesh of the putas!” as you described it to me.

The seat is also new. Even newer than it was last year. It can be adjusted in increments of micro-millimeters for a whole metre in sixteen different axial planes. We have also allowed for tilt adjustment and can have the seat-covering changed according to how it needs to feel on your arse on any given day, at any given racetrack. The materials available range from sponge, to velour, to silk, to PVC, to Nutella, to mamba leather, to that disturbing pink stuff you found on the Internet which is apparently made from the tongues of whales.

You will also notice we made more space available between the front wheel and the fairing on this year’s bike. You mentioned you might want me to fit highway pegs on tracks which have very long straights this year. And I listen to everything you say.

But I need you to get to Thailand a soon as possible and try all this new stuff out on a track no-one’s ever raced on before.

This is a big deal, George. A good time here will send a message to the other racers that you’re not to be trifled with this season.

And I need you to put in lots of laps. No, three laps is not lots of laps. Neither is five, OK? Just go out and go around and around until you run out of petrol.

There’s no point putting up pit-boards or sending messages to your dashboard, is there?

Work with me on this, George. Please don’t make this season any longer than it has to be.