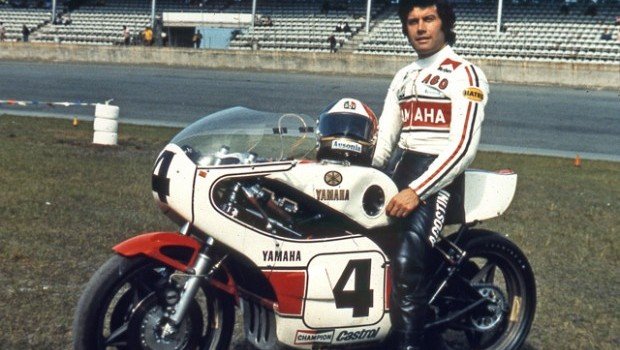 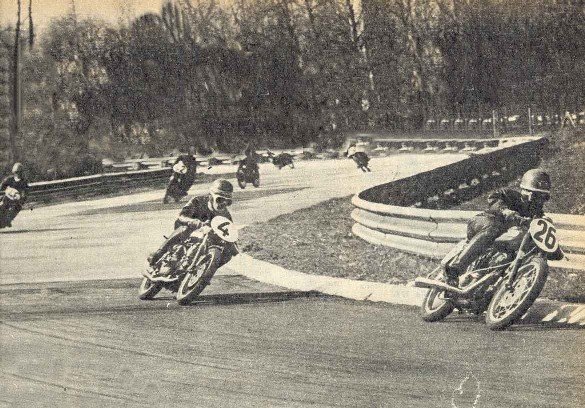 Giacomo Agostini’s father was a wealthy businessman, and he wanted his son to follow in his footsteps.

He wanted Giacomo to become an accountant so he could learn how business worked, and then to go into the family business with his old man.

Giacomo, on the other hand, wanted to race motorcycles.

He thought Giacomo meant bicycling. So, on the advice of his trusted friend, the old man gave Giacomo his blessing. 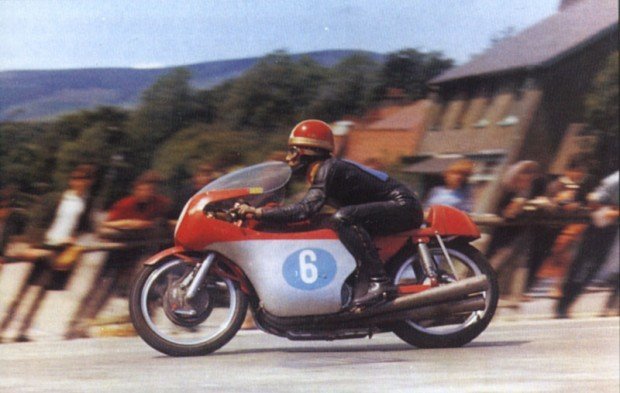 Ago’s first race was in 1961, in the Trento-Bondoni hill climb. Ago was nineteen years old. He had started paying off a 175cc Morini, and he entered it in the race. He came second.

Motorcycle Grand Prix racing at the time was dominated by MV Agusta. They had a young rider called Mike Hailwood, who had won the last three World Championships. They wanted a good number two rider, so they offered young Ago a ride partnering Mike the Bike in 1965. Mike, who was all of two years older, became a bit of a mentor to young Ago.

Ago was some understudy. That first year, 1965, he won three of the 350cc Grands Prix and one of the 500cc. The three cylinder MV 350 was a powerful and sweet handling racer. 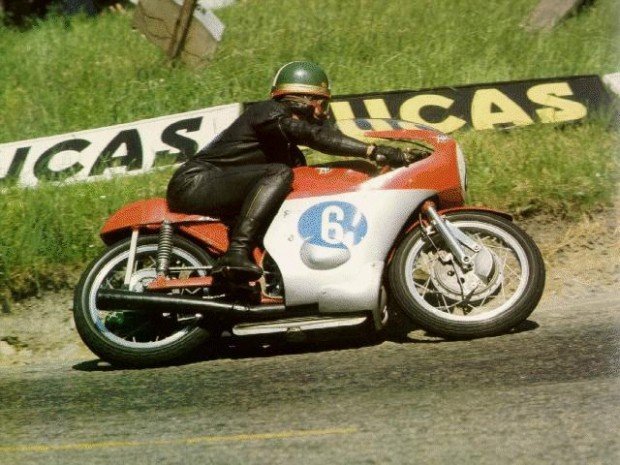 Ago passes the logo of the Prince of Darkness: the 1969 Isle of Man TT

Count Agusta liked the idea of having an Italian world champion on an Italian motorcycle, so he started making sure that Mike Hailwood always had the second best bike. The Count was a difficult personality at the best of times, and at the end of 1965, Mike quit and went to Honda.

The two best racers in the world were now on opposing teams. Hailwood, it seemed, could win every class except the 500cc, where his mount was the brutally powerful but evil handling Honda RC181. Ago won the 500cc title in 1966 and 1967. But whenever Hailwood won, Ago was close behind.

In 1967, Ago won five Grand Prix victories. So did Hailwood. In the final race of the season, Ago won. 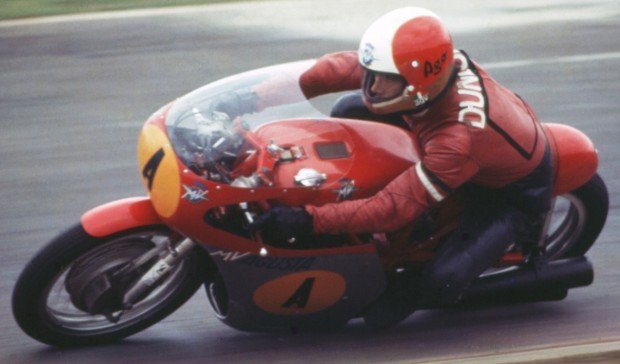 1973: Ago at Sydney’s Oran Park during an epic battle with local boy Bryan Hindle – one of the few people who ever beat him.

Things started to change in 1973. A young Finn called Jarno Saarinen on a factory Yamaha beat Ago in the first two rounds on the season, but crashed and tragically died in the third. Ago held the 350cc title for the year, but lost the 500cc to Phil Read. 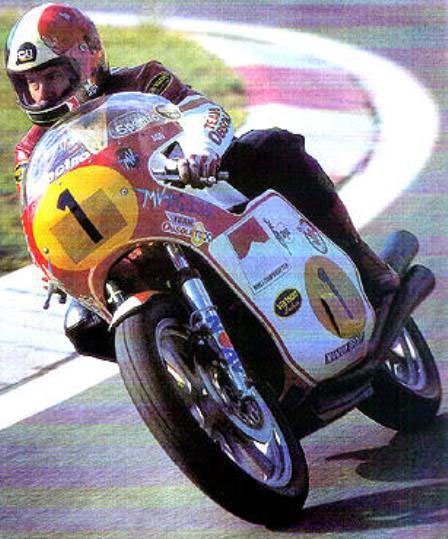 1976: Ago on the last four stroke to win a Grand Prix for many years

The times they were a-changin’. The Japanese were getting real serious about chucking the Italians out of Grand Prix racing. Ago left MV Agusta and signed with Yamaha in 1974.

Ago made his U.S. racing debut in the Daytona 200 in March of 1974. The race line-up that year included Kenny Roberts and Barry Sheene. Ago led early, but then had to battle Sheene, Roberts and Gary Nixon. For half the race, the quartet staged some of the most exciting laps ever turned in the 200. Eventually, the other three riders fell by the wayside due to bike problems or crashes and Agostini rode to victory in his first attempt at Daytona.

He later said “Winning Daytona was a very good memory for me. I’d left MV for Yamaha and this was to be my first race with Yamaha. Many people said I was finished, that riding for MV was the reason I won races. Winning at Daytona proved to those people that I could win on another brand. It was my first time in America, my first time racing a two-stroke motorcycle and my first time working with the Japanese. I had a lot of emotion after winning that race.” 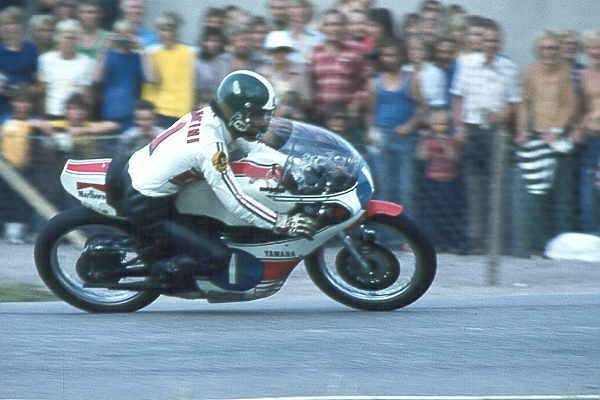 But Ago could go just as fast on a two stroke. Here, he punts a TZ350 Yamaha, and people in the audience put their hands down the front of their pants.

For reasons we’re not sure of, Ago signed back with MV Agusta in 1976. He turned 35 that year: old for a Grand Prix racer. MV was in decline too, but he still managed to win the 350cc and 500cc championships for them that year. 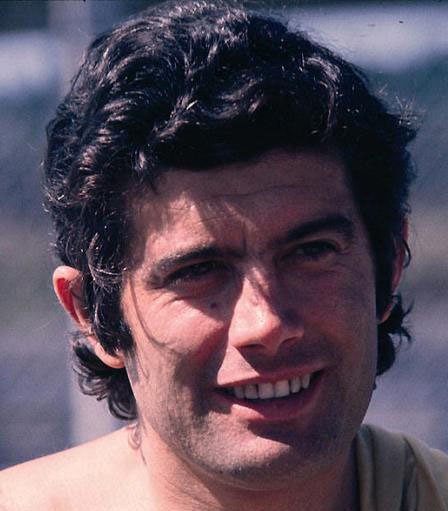 The next year, he went to Suzuki, but he wasn’t winning any more. Barry Sheene won the 500cc class for Suzuki, and at the end of that year Ago retired from racing motorcycles.

Like Hailwood, he flirted with car racing for a few years, but was never impressive. Six years later, in 1982, he was appointed manager of Team Yamaha Marlborough Agostini. Kenny Roberts, Freddie Spencer and Eddie Lawson all rode for him at some time. His team gave Yamaha three world titles.

He later became manager of Cagiva’s race team as well.

In 2000, aged 59, he retired to spend time with his family. He is still occasionally seen at the races.