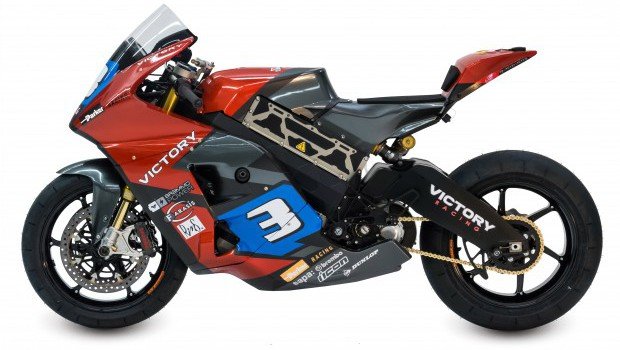 Truly, we live in an age of miracles and wonders. Not the least of which is the electric prototype ‘General Lee’ that Victory Motorcycles plans to race at the Isle of Man TT.

And it will be ridden by no less an Isle of Man legend than the incredible William Dunlop.

The motorcycle will compete in the Electric Class and marks the first time Victory has entered a professional road-race in Europe or raced an electric motorcycle.

There will be two bikes and their motors will be provided by Parker, a company which leads the world in manufacturing motion and control technologies, and has provided such engines to other companies for racing.

“I’m more than excited to race this prototype at the Isle of Man,” said  William Dunlop. “Electric powertrains have many advantages, and the Isle of Man is one of the greatest tests in motorcycle racing.” He may have also said many other things, but we do not know what they are. His race partner, Lee Johnston will be racing the number two bike.

Victory Motorcycles will host a continuous news feed of updates and photos from the Isle of Man TT and will have more information available on the Victory electric prototype race bike HERE.

To see if you can wedge a Parker engine into your bike frame go HERE.  They could probably do with a laugh. 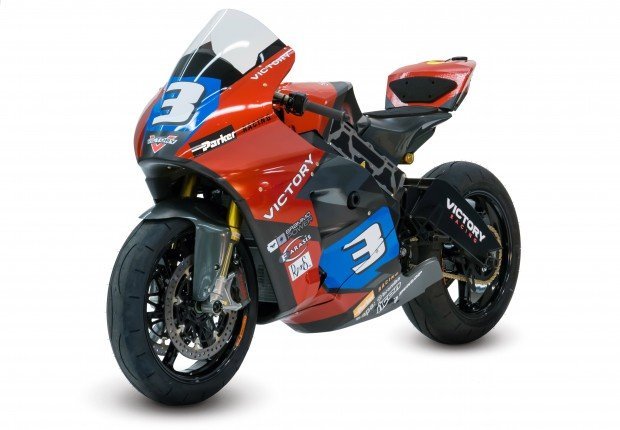