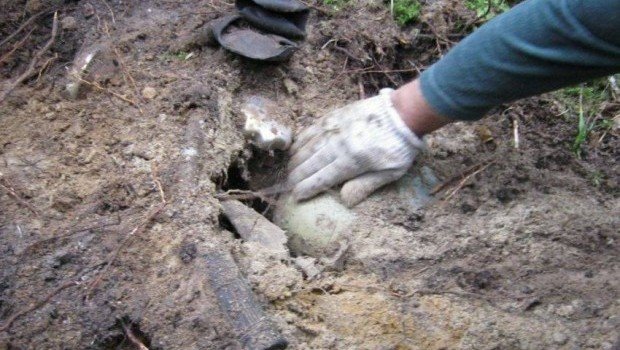 The amount of materiel left over after World War Two and abandoned in the forests and swamps of Europe is truly staggering. Time and progress has covered up much of what the Germans and others left behind as they advanced or retreated over vast swathes of land.

But metal detectors and the study of old battle-plans can yield some amazing results. Especially in the mainly under-developed regions of Eastern Europe.

Behold a find of much awesomeness… 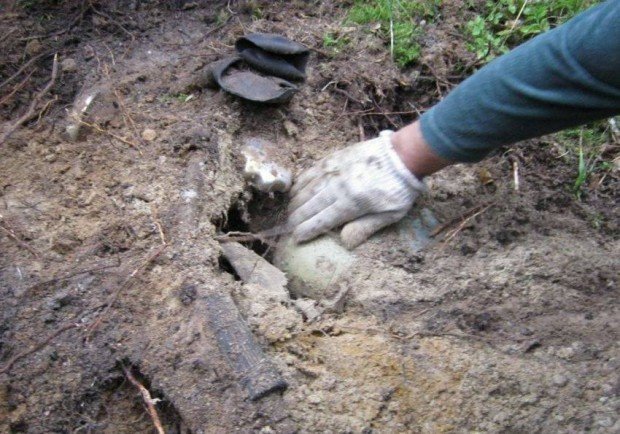 At first, it was just a beeping noise on the metal detector. Some scrabbling around in the dirt and the prize began to reveal itself… 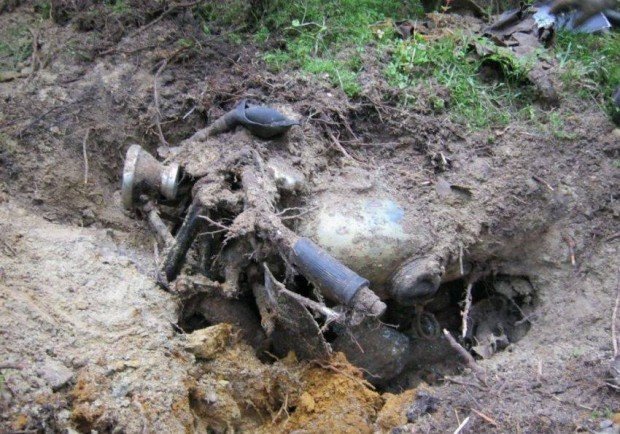 The sands of time needed to be removed slowly 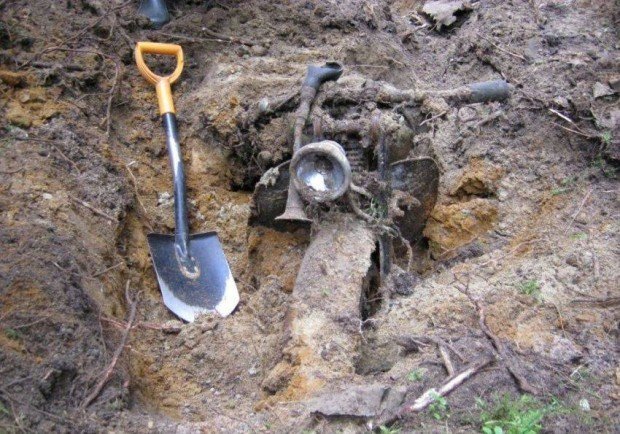 It would pay to be gentle with that shovel 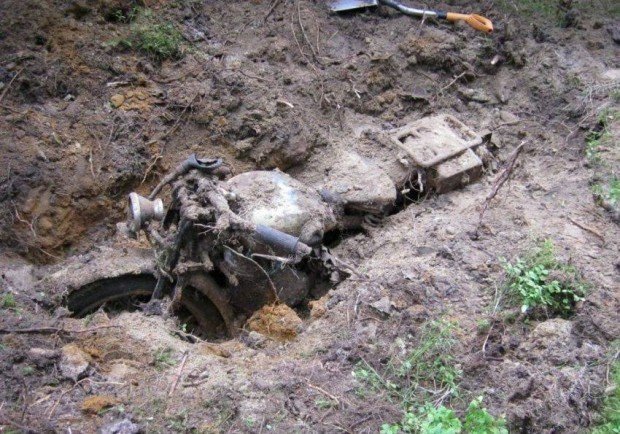 Looks as if it’s mostly all there, too 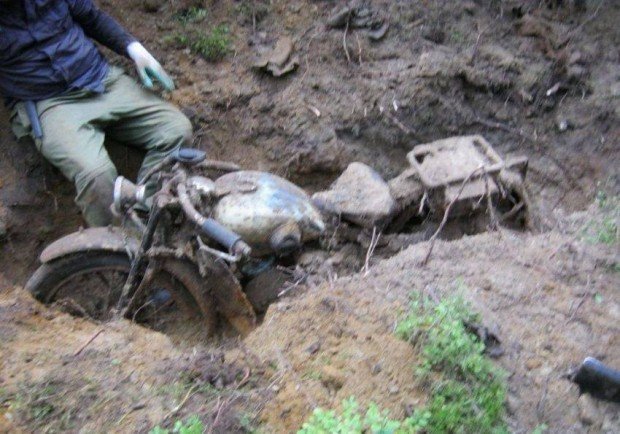 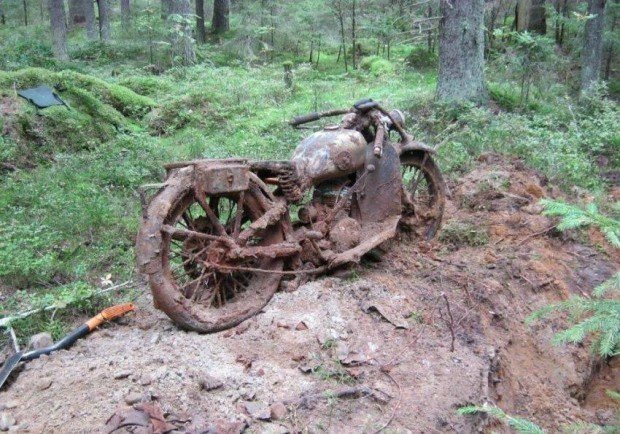 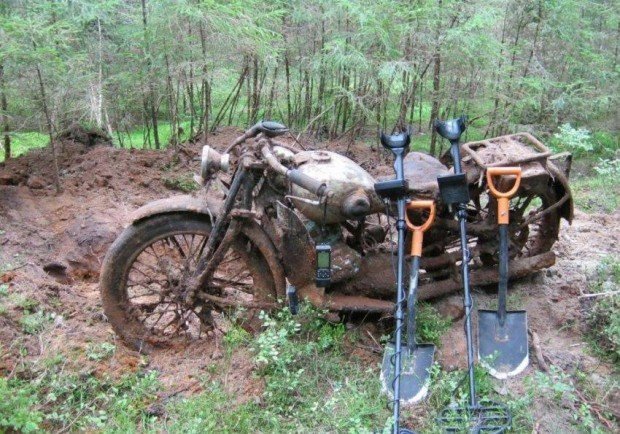 It sees the sunlight again! But what is it they have dug up? 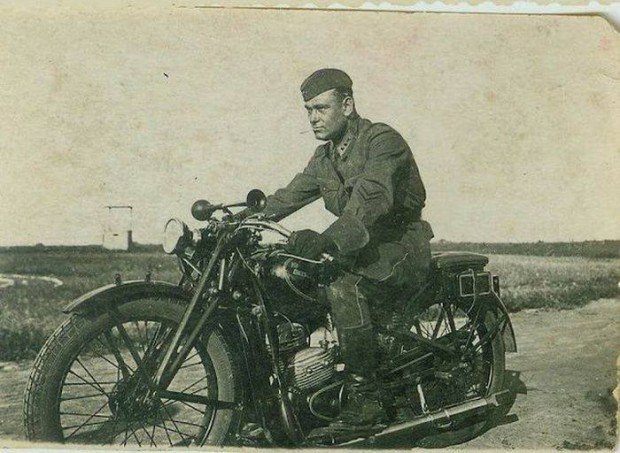 One of these, actually. Cool, huh?