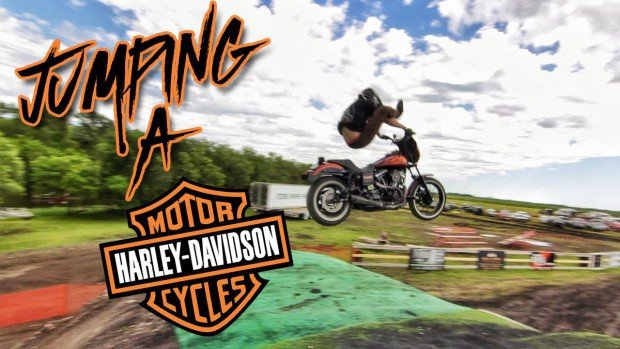 Lee Stuart is a stunt man. Like any decent stunt man (or woman) he likes to jump, pull wheelies and push the boundaries of what manufacturers think their motorcycles can do.

Sure, he may be from Canada but after seeing what he does on his Harley-Davidson Dyna the Americans might give him his Green Card – they could quite easily shoot him too.

Jumping motorcycles that are not designed to jump, seems to very popular in the stunt world.

Well done Lee, well done. Feel free to drop us a line and BIKE ME! will send you a t-shirt to wear as you do your next stunt.