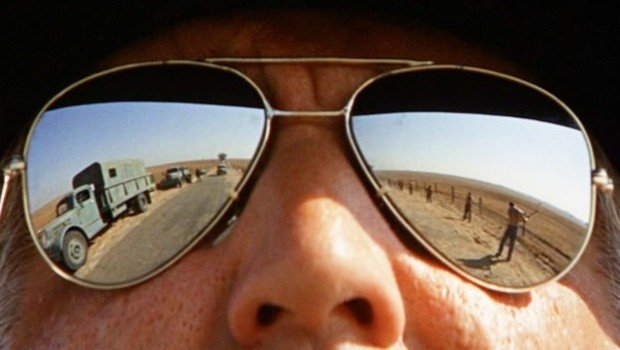 BACK ON ALL FOUR TROTTERS, PLEASE

I don’t know about the rest of you, but I weary of being considered proto-criminal effluent by public servants sworn to protect me from evil.

Hell, what with bastard aging and familial responsibilities, I’ve been good for so long the pain in my back must be the strain of emergent angel wings pushing against my sexy tattooed hide.

Our society, in general and by comparison with other First World pseudo-democracies, is quite calm, pleasant and downright law-abiding.

In contrast, our police forces are becoming steadily more militaristic in their appearance and quite overtly more aggressive and predatory in their rhetoric. Though why media outlets give Bible-waving police commissioners and brick-dumb police union spokes-things any space to air their fascism is beyond me. But they do.

And here is some of the latest Hitlerian sewerage to leak from the outfall that passes for police service in this country.

Not content with their steady evolution into paramilitary battalions complete with bloused boots, ballistic vests and thousand-yard stares, the NSW police, via its repulsive and worthless union, is now demanding a citizen’s right to silence after arrest be removed or taken as a sign of guilt by the courts.

The sheer unmitigated gall of this position defies belief.

Police association president Scott Weber, displaying an intellect a box of hammers could envy, said the changes would make it harder for criminals to dodge the law.

Huh? How do you figure that, mate?

Scott, what are you doing in a position of responsibility? Why are you president of anything that isn’t a finger-painting class? Are you even cognisant of the incoherent tripe flowing from your mouth?

I understand that the NSW Police Force is redolent with the stink of fail when it comes to preventing fist fights in hyper-secure airport terminals and drive-by shootings, but these new demands are not a substitute for you doing your jobs professionally. How many more powers do you goose-stepping dickheads think you might need for this to occur?

Has the recent High Court decision which effectively destroyed SA’s idiotic anti-association laws (and which will surely destroy them in other states) been entirely lost on you?

Still, not to be outdone when it comes to pushing a snout into places where snouts don’t go, Scott’s mate, Queesland Police Union President, Ian Leavers, is also seeking to be awarded the Iron Cross with Oak Leaves. Ian, clearly distressed his members revenue-raising efforts for the Qld government are not being appreciated, is agog that people who owe money for fines are not being sent to gulags and forced labour camps.

“The State Penalties Enforcement Register (SPER), administered by the justice department, has proved to be a waste of time for many years,” Ian shrieked to the media recently. “It has allowed and continues to allow repeat offenders fined by police to escape or avoid paying fines for long periods of time. Although most SPER users appear to do the right thing, prison should certainly be an option for recidivist offenders.”

Of course, the justice department slapped Ian’s interfering snout by introducing actual fact to the debate, stating the SPER had improved its collection rates, with $166.4 million taken in 2009-10, which is up $22 million on the previous year.

But fact aside, what possible business does any policeman or police union twonk have agitating about government revenue collection?

These are clear indications the police are getting up on their hind trotters and seeking to rise somewhat above their station in our society.

Check out the rhetoric they use on us as they collude with the imperialistic pretensions of the RTA and VicRoads to save us from ourselves.

“Speeding ? You’re in our sights.” Which is complete with a close up of a totally dehumanised cop rocking Ray Ban Aviator sunnies Boss Godfrey (the Walking Boss) in Cool Hand Luke would be proud of.

“Targeting?” “Sights”? What is that shit?

You only have to observe the aggressive body language and verbal smarm that radiates from your average Highway Patrolman.

Blokes, please. Get a grip. It’s a traffic offence. I am not selling the organs of dead orphans to the Albanian mafia, OK? There is no need to lock and load when you step ominously from your SS Commodore and stalk towards me with hate in your sunnies. And lose that whole gunslinger strut crap, too. That intimidation shit might work on terrified P-platers, but it hasn’t worked on people like me for many decades. Cut it out. You look like you’ve shit your pants.

Yes, familiarity does breed contempt from where I sit.

You know, I liked the cops more when they were manifestly corrupt and known, at least in NSW, as the best police force money could buy.

This new breed of stupid, arrogant fascists is simply beyond the pale.