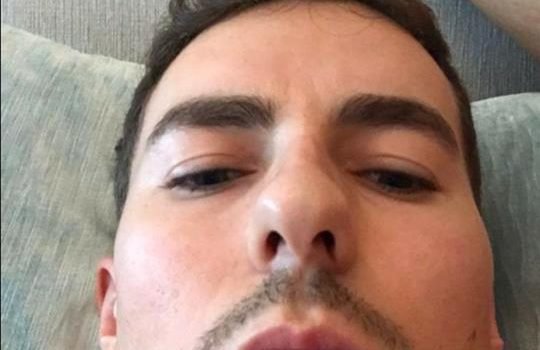 “Are you insane? Porca miseria! This entire fucken country is made out of monkeys and rubber trees!”

What are you doing? I had to chase a dozen stinking Malay monkey dealers away from the back of the garage this afternoon.

Did you really put a sign up at the gate saying you’ve lost a monkey and offered a reward for its return? In Malaysia? Are you insane? Porca miseria! This entire fucken country is made out of monkeys and rubber trees!

A bunch of the locals turned up. One had a drugged orangutan on the end of a chain. Another one had a sack with a three-legged cat inside. He said it was a rare tripod monkey that only lives deep in the jungle. The others seemed to have legitimate monkeys in bags and cages, but I can assure you none of them were Ucciccio.

He’s gone. Trust me on this. I would not lie to you about your monkey.

I need you to focus on Qualifying tomorrow and the race on Sunday. I have to end this season on some kind of high note, or Matthias will certainly ship me off to some German gulag in Poland.

My only hope of avoiding that is if Dovi does well. And for him to do well, I need you to stop tormenting him. You need to stop peering through his window when he’s resting and demanding to drink his yellow puta tears. And you know perfectly well he’s never going to wrestle you for control of the herd. What herd? Sti cazza! There is no herd that needs to be controlled. Stop asking him.

You’re both the Number One Ducati rider, OK? Even when Bautista and Abrams beat the pair of you. I sometimes don’t know what’s worse when that happens. Him sobbing like a child whose mother was eaten by wolves, or you killing your beanbags with a spear and demanding God fry Rossi with lightning bolts.

I’ve spoken to Carmelo, and he doesn’t think it’s a good idea to give you Zarco’s points. I know you think they’re yours by divine right, and because you have always believed the French are a race of degenerate slaves and flinching lickspittles who make unholy love with their mouths and all their shit belongs to Sparta, but that’s not how things work today.

Now how many more horns do you want on your racing number? You have four there now. If I put on eight more, your number is going to look like a comb. I don’t know if that’s a good look.

So let’s not worry about that now. We have two more races and then we can all have a short break, maybe do some testing, and start planning for the 2018 season. Please just focus on that.