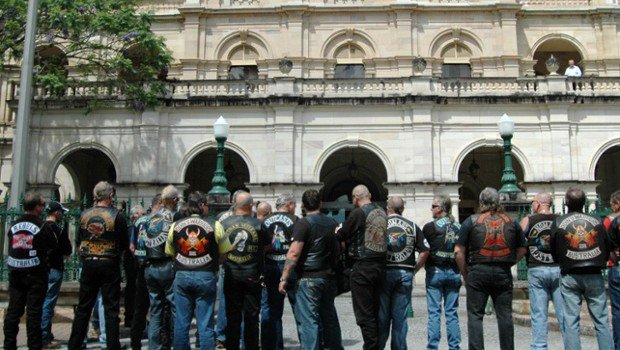 The following piece was written by Tony Teniswood. Tony, known as ‘Angry’ by his mates, is 57-years-old. He is a Life Member of a club in Queensland and has been around motorcycles for more than 45 years. The VLAD legislation and the ensuing police harassment and media lies have affected him, his family and his brothers in ways non-club people could not imagine. The police harassment is endless. The media lies are endless. The right of reply is never offered. And so the public simply goes on believing what the government and the police want it to believe.

Here’s Tony’s view on that… 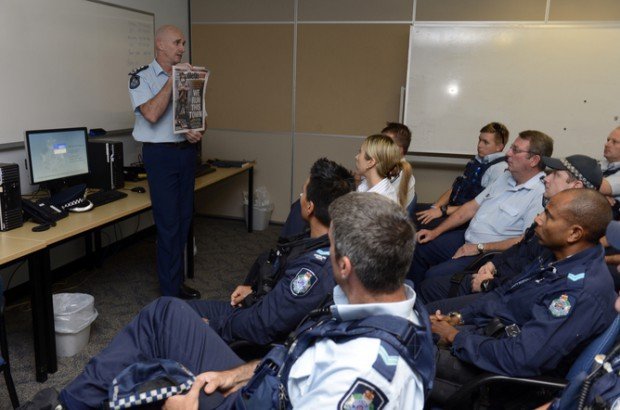 “Look, everyone! Our new police manual has arrived!”

I’m pretty sure Mark ‘Chopper’ Read would see the irony. One of his favourite sayings was “Never let the truth get in the way of a good yarn”, and no doubt he would be smiling at the fact that governments, the police and the media have taken that saying to heart and run with it. These three, supposedly the upholders of truth, justice and the protection of innocents, have waged an ongoing propaganda war on motorcycle clubs, described by them as ‘criminal gangs’, or law-enforcement’s personal favourite ‘OMCGs’, for years now. The VLAD legislation is just the latest barrage.

This war is a no-holds barred, knock-down, teeth-kicking brawl, using any and every method known to get a certain message across.

The media obviously plays a massive part in this. The politicians and police all have their ‘pet’ media outlets doing the job of getting the ‘right’ message out to the people.

But have no doubt. The justification for this fight is based on lies.

In a recent media story regarding several ‘raids’ up here in Queensland, the media reported: ‘quantities of steroids were found’. What it didn’t report was that the ‘steroids found’ were anti-inflammatory medication, prescribed and entirely legal. They also forgot to mention that no charges were laid. Another favourite is ‘weapons found’; in one instance a golf club was listed as a weapon because it was not in a set of clubs, so therefore must be a weapon. Again no charges were laid.

Now this is not a nut-bag conspiracy theory being pedalled by the media. There is sound reasoning behind all this.

The politicians need votes, and law and order issues bring those votes. The police always need more funding and politicians give them that funding. The media needs political support and police access, and so the police give the media ‘exclusive access’ to some of the juiciest stories.

It’s all ‘You scratch my back’ stuff.

Politicians are well aware the average punter never looks any further in to an article than what he initially reads, so the need for any sort of real truth is no concern.

A case in point, yesterday in Brisbane, police were trumpeting the success of raids in a suburb, saying quantities of drugs, cash and weapons were found. The media immediately stating police were ‘looking into’ a link with ‘OMCGs’. The first report claimed the alleged offenders were ‘associates’ of a particular club. Within an hour this was changed to ‘patched members’ of a different club. And then a couple of hours later it was claimed there was just a ‘connection’ to a club.

All of this is clearly a desperate attempt to link a club, any club, to an alleged crime.

Which report is true? Are any of them true?  The media are bound by a Code of Ethics and the first line reads ‘Report and Interpret honestly, striving for accuracy, fairness and disclosure of all essential facts. Do your best to give a fair right for reply’.

So far, in this propaganda war, the media have failed to comply with their own Code of Ethics entirely.

And yet we are the ones accused of dishonesty.