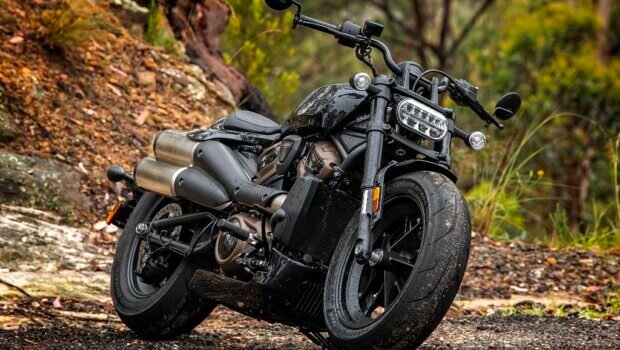 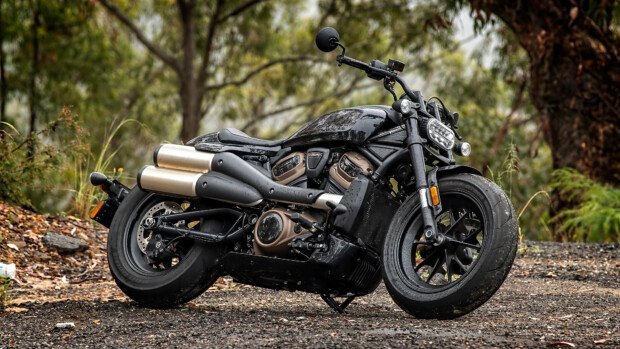 But while the Sportster S had more or less the same engine as the Pan America, it was a very different bike – a bike I needed more time on. All the Press Launch did was allow me a taste. I wanted to eat the whole damn meal – because I’m a cussed swine with more than an abiding interest in Harleys. 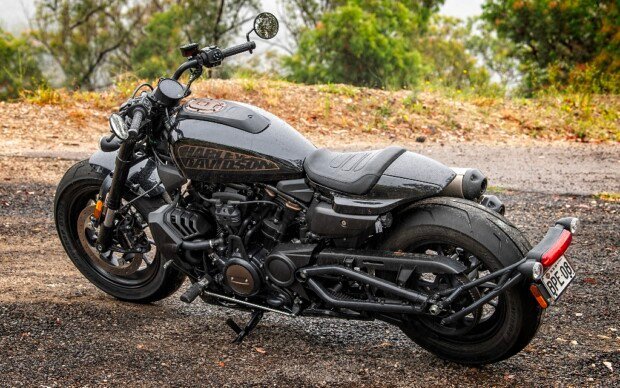 I’m thinking I’d work out a way of moving that tailight and numberplate to a neater place.

Like most Press Launches, it was a strictly supervised affair, with two distinct purposes. The first was to fete the press and hope some of the muppets didn’t belt the new Sportster into the harbour; and secondly, shoot lots of nice pictures which the press would then use on its various platforms when it write its “reviews”.

A chance to actually give the Sportster S a bit of a non-Christian hammering, and spend some quality time on it, was something that had to happen later – and off-piste, as they say on the snowfields. 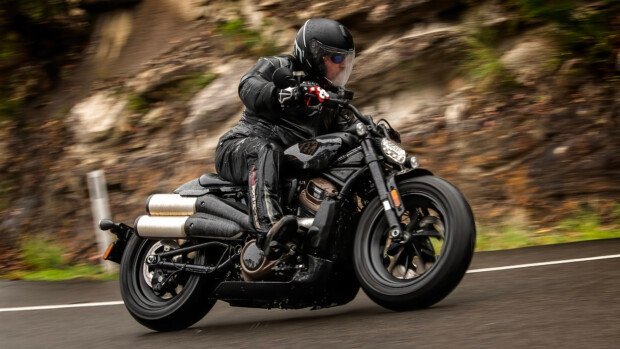 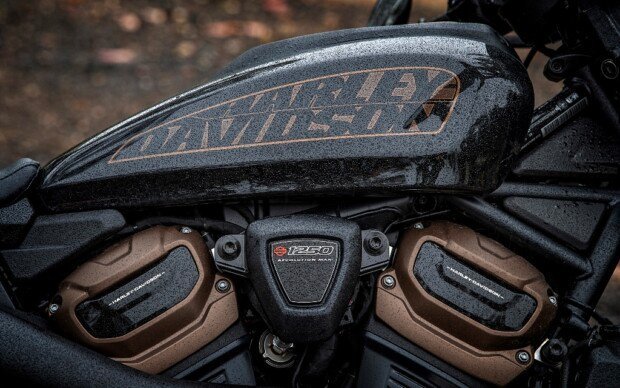 I get that market. Hell, I was that market – and still kinda am. That being the case, The Sportster S deserved a review that actually involved some good miles on some great (and not-so-great) roads, and unsupervised by the very caring Harley staff. You can’t tutt about what you don’t see, right?

I think Harley gets me in that regard. I’m not like the rest of the press corps – which is essentially split into two distinct groups when it comes to Harley-Davidson. And I need to tell you this so you have the correct context if you find yourself reading their reviews. 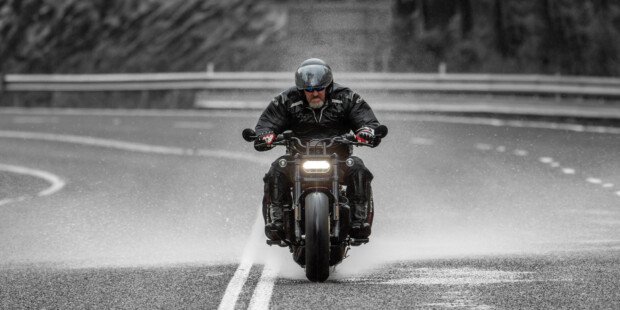 So first you have the Harley boys. Their magazines and platforms are essentially dedicated to the marque, rely on the marque for advertising dollars, and will review every bike by regurgitating the press blurb, and end on a wholesome and positive note. The reviewers pretty much only ride Harleys, and can therefore only compare the Harley they’re riding with the Harley they rode before.

Then you have the non-Harley press. It doesn’t like Harleys, or cruisers of any type (but especially Harleys), never has, and has long ago made up its mind about the marque. Most of these champions can fry the back tyres on a sportsbike and boast wondrous lap-times around a track, but they never have and never will “get” Harleys. 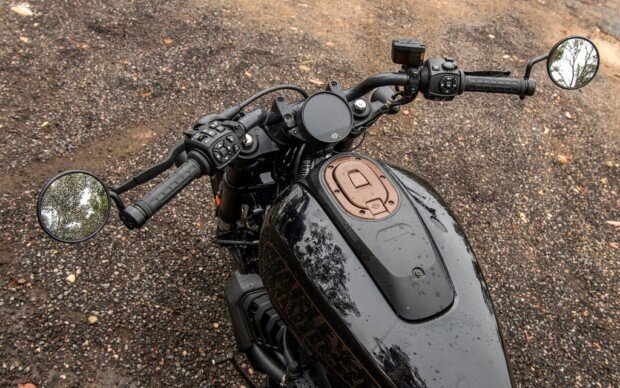 I am neither of these things. I have spent more time on Harleys than nearly all the Harley press, and I have certainly ridden my share of high-end sportsbikes, though probably not with as much verve as some profess to do.

And I get Harleys on a level the others don’t. You spend a decade riding with an outlaw club and you get all there is to get about Harleys…erm, and all sorts of other stuff, too. 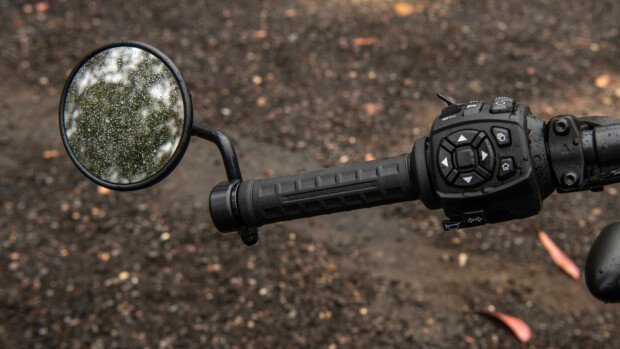 This is Command Central. Leave it Sport Mode. Jesus hates a pussy.

I know what Harleys are, and I know what they are not. So when I tell you the Sportster S is the best “traditional” Harley the factory has built in decades, that’s what I genuinely think it is.

And when I tell you that the Sportster S is not only the best Harley on the market, but can now also match it with other modern cruisers, and in some areas surpass them, then that too is a genuinely held opinion.

How do I know this? Well, I rode several shades of spankery out of it. And understand, I am exactly the correct type of feral rat-bastard who made the riding of Harleys such a desirable thing for…um, less outlaw-type folks. 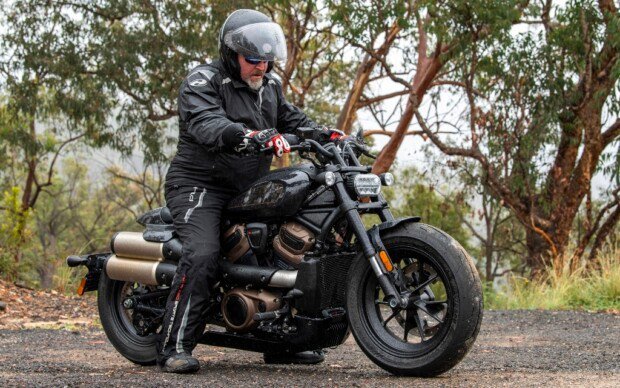 Let’s face it. A Harley must now and always reflect the fact that you party with strippers and fight with bouncers. Even if you don’t, the bike must make it seem to onlookers as if you do. It’s an integral part of the marque’s appeal.

The Sportster S nails that hard. It looks the business. It has to. Milwaukee knew that. And it delivered. Fat front tyre, low-slung and aggressive silhouette, high level of finish, and a veritable treasure trove of possibilities if you want to jazz her up some. And you do. And you must. It’s in the rules.

But the Sportster S also had to pack a punch, and it does – in relative terms. The Harley mags will tell you all sorts of nonsense about its performance – but if you’re a long-time Harley rider you’ll be correct in assuming it goes harder and revs faster than all that has come before. If you’re new to Harleys, you will be surprised, and I encourage you to ride a Big Twin back-to-back with the Revolution Max-engined Sportster S and be amazed. This is a dead-set, modern, engine-maps-and-all paradigm.

Put simply, it honks like no other Harley. The power comes in low in the rev-range and whirrs its way effortlessly into that place where you’ll stand in front of a magistrate and look at the floor a lot. 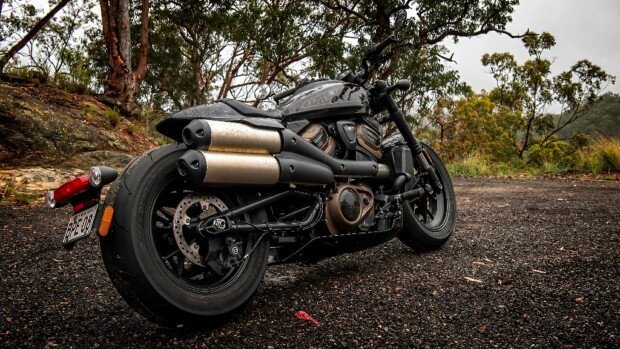 This is where the heat comes from. They’re well-insulated, but they are where they are, and that’s where your thighs are.

Where did it let me down? Well, it didn’t all that much. I reckon the brakes were more than adequate for its level of performance. But I was wishing, and probably always will wish, for better suspension. It’s fine around town and for short hops, but you’re gonna feel it on a long day’s ride. Especially with the ergos being what they are. Once again, perfect for dropping panties as you make your way between table-dancing bars smelling of sin, but long trips will need to be broken up with frequent stop-and-walk-around-some halts.

I found it handled far better than I imagined it would. Not a bad engineering effort to get that fat-girl front tyre to turn the way it does. And this, friends and relatives, was the most sure-footed wet-road Harley I have yet ridden. Usually, they’re diabolical in the wet. Not this one. Maybe it’s the tyres. Maybe it’s the steering geometry. Maybe it’s a combo of them all, but I did the Putty Road several times – mostly when it was raining, and it did nothing evil.

I did not like the side-stand. I will not ever like the side-stand. It’s just too short. And, as I said in my Press Launch piece which you can read HERE, it hosed water at my back because building a hot-looking back-end does not always work when the heavens open. And it gave off a bit of heat in traffic. I stayed out of traffic. It’s not that big of a deal. 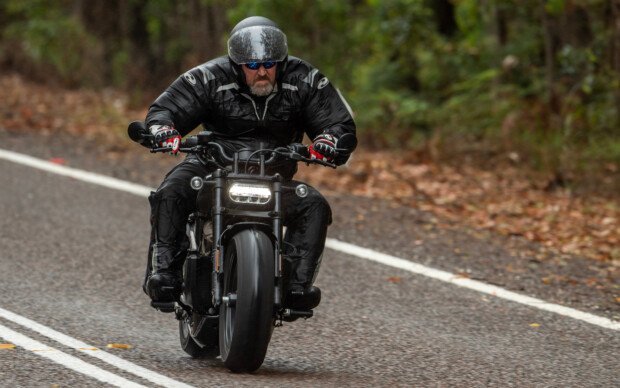 What time does the nudie-bar open?

I could certainly live with it after I’d modified a few things. Wanna see my wish-list? I’d put pipes on it. I’d have to. There’s no point to Harleys unless they sound like worlds colliding. I have no idea what this new engine will sound like with pipes, but I would love to find out. And I’d do the suspension up front and rear.

I’d also lift the handlebars up a touch, but keep them straight, drag-bar style. Some risers might do the trick there. And I’d put a pillion pad and pegs on, just in case a stripper ever needed to be taken to a party. I would, very seriously, look into sticking a narrow 21-inch wheel on the front, but would settle for a 19-incher. For no other reason that it would look sensational and maybe turn a little quicker…

Shit…see what I’m doing? I’m making customising plans. I’m seeing things in my mind that I would like to make real on the Sportster S. That alone tells me Harleys has succeeded beyond its wildest expectations – and certainly mine. 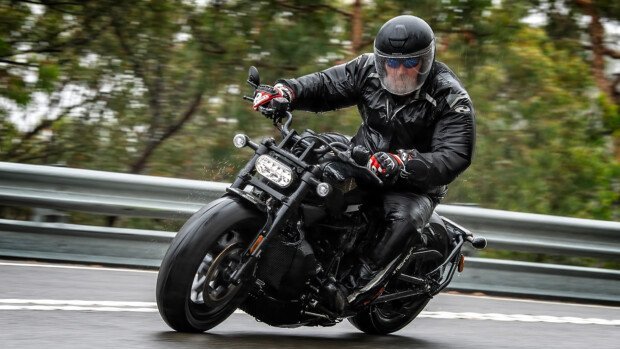 I heavy-breathe when I’m trying not to crash. Sorry.

I also note it’s just released a smaller-capacity version of the Sportster S called the Nightster. I have not ridden it, and make no comment, other than it looks pretty damn fine as well.

But I’m a sizeist. I’ll take the 1250 version every time. I’d hate to have a stripper turn her pierced nose up at me when size mattered. And it always matters. Especially late at night when the neons light up the streets, and everyone’s up for a good time, because the good-manners morning is so far away.

I would suggest you try a Sportster S. And see how many of your good manners you don’t quite need anymore. 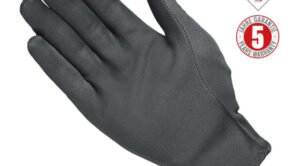 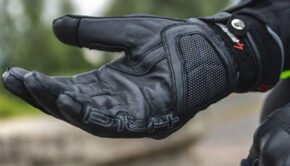