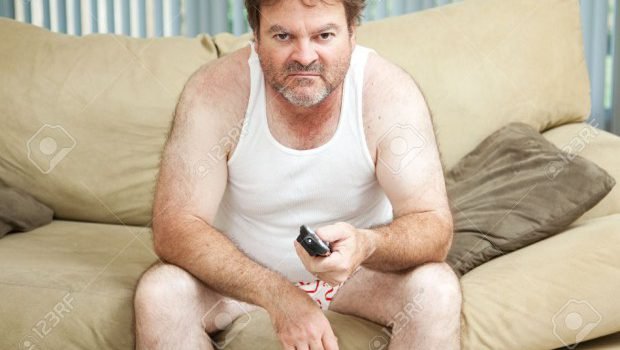 2017 MOTOGP PREVIEW – ON YOUR MARKS, BITCHES

“They sicken of the calm who know the storm.”

The Bedouins have corralled the camels. The Qatari slaves who sweep the track have been freshly lashed. And the team managers have all been injected with fermented German chemicals to assist them in dealing calmly with their moody, gimlet-eyed charges.

Except if it rains in the bastard desert, in which case there will be a meeting where all the riders will have to agree to race or there will not be one.

So Lorenzo will be, very briefly, important again.

But that aside, who can actually predict what will happen this year?

No-one. It’s that kinda crazy. And because it’s that kind of crazy, it’s going to be all kinds of great.

Each of the riders in every race is always a nanosecond away from seeing out the remainder of his season re-growing important bones and crucial organs.

And like the word “if”, the word “never” should never be used in motorcycle racing.

Nor should the word “penultimate”. Yeah, I’m the guy in the underpants screaming at the TV, “Say it again, motherfucker! Go on! Say that motherfucking word one more motherfucking time!”

Obviously, I am not a pundit.

I am a fan. I am a fan of MotoGP and Valentino Rossi. I also like a few other riders, and don’t like a bunch of others, all for reasons which have no basis in reason, but are entirely informed by “feels”.

And feels, I feel, are important. Especially when you’re watching the greatest and most dangerous sport in the world in your underpants while yelling at the TV.

Feels is all I, or anyone else for that matter, have to go on this season.

So I will share them with you because they are feels.

I feel that Rossi has great chance of winning his tenth title this year.

He’s contracted to Yamaha until the end of 2018 and if he doesn’t win this year, he will certainly have another go next year. And who knows? The mad swine might even sign for another two, or just do wild card appearances from time to time. Ezpeleta will burn every rule book and have sex with parrots if Rossi asks him to.

And then we can all argue some more about who the Greatest Of All Time is.

These tears may well be augmented by Iannone, who has painted himself with sniper targets and is riding a motorcycle that isn’t enthusiastically trying to murder him on every corner. The Maniac won’t know himself. But he’ll know enough to take out his well-used penis and skin it in the sweaty faces of the two young Spaniards every chance he gets.

When it comes down to three cats fighting in a two-cat bag, all Rossi has to do is not crash, and the title will be his.

But what everyone knows is if it rains, George will cry and break things in his trailer. His team boss, Gigi, has his work cut out for him this year. He’s already set to cutting what he hopes are aerodynamic holes in the Ducati’s fairing and installing magic boxes full of spells on the bike. So no-one can say he didn’t try.

The Ducati is quick, but only when Stoner is riding it – and he’s not racing again no matter how many coins you toss into the wishing well.

It’s kind of quick when Dovi is riding it, but that poor bastard is quickly replacing Pedrosa as the world’s ugliest bridesmaid, and will be there to pick up the pieces, or spend many teary hours with Dr Costa in the Clinica Mobile. It’s hard to say. George may well smash him in the face with a wheel if he starts beating him on the Ducati.

Dani, I hear, is reborn this year. Or that’s what his PR team is telling everyone. And Dani is feeling “happier” than he was last year. So I’m thinking him and Dovi will have lots to talk about mid-season as they compare their happy levels.

I’m feeling some things about Jonas Fucking Folger and Zarco the Frog. One is German and one is French. So they’re not going to win anything. They’re both respectably quick and if it gets messy at the front, and it will, there’s a chance one of them will claw his way onto the podium at some stage while picking bits of Factory Yamaha and Factory Honda out of their teeth.

Yak? Well, Yak is the only rider out there whose contract is up at the end of this season. So he’s nothing if not motivated. He’s been given a good engine this year, and we love him and want him to win because he’s Australian, drinks piss out of his boot, and speaks funny to the wog media. It’s all or nothing for Yak in 2017, and if it’s nothing, then look out WSBK.

Who’s left? Well, there’s Cal. Cal showed some flash last year, but…well, Cal. I love the wild-eyed bastard and on the rare occasions he’s won, I’m sure he felt what David felt when he drove that rock through Goliath’s skull and danced on his corpse. But there’s a bunch of Goliath’s out there again this year, and Cal is not getting any younger or faster.

I’m think Bautista and Barbera will be seen from time to time, possibly as they make bow waves of kitty litter and try to avoid crunching into Lowes, who will spend many angry moments digging his bike out of gravel traps all over the world.

Petrucci? He’s still a cop, isn’t he? I reckon he’ll do alright if everyone else is having a bad day, just like cops everywhere.

Brad Smith is really only racing Crutchlow, and since we get the Pommy feed, there will be unseemly levels of excitement from the commentators each time Bradly is devastating the mid-field in his charge to other parts of the middle of the pack.

Karel Abraham is only riding in MotoGP because his daddy owns sex-slaves in the Czech Republic (he owns that too) and the upper echelons of Dorna put on the best parties, and…well, you know how it is. Stay out of everyone’s way, Karel. There’s a good boy.

The Asparagus brothers will fight for sixth or maybe seventh in every race. It’s what they do. It gives Rossi, Marquez and Vinales something to pass if they qualify poorly. They have their mission. They will do it and then they will go and be weird in Ibiza together.

Rins and Redding? Well someone has to come 12th, don’t they? Though I’m feeling that Rins may want to make a name for himself. He’s got some mongrel in him and Redding does have his neck tattooed, so I’m hoping their might be some weighted handbag action in the pits at some stage.

That kind of leaves Tits Rabbit.

Poor bloke will probably start self-harming himself after Race Two. But there are still some bones he hasn’t broken, so he could well spend the season focusing on that.

So that’s what I’m feeling.
Bring it, you glorious bastards. I’m ready.