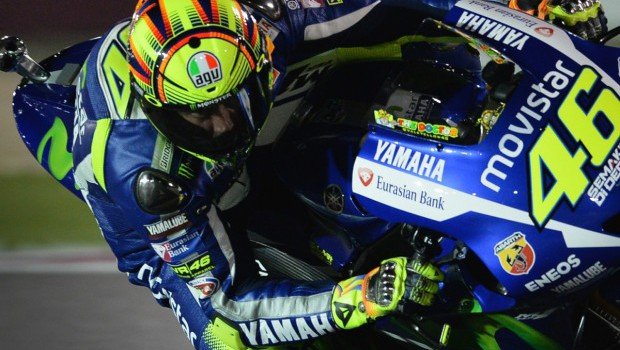 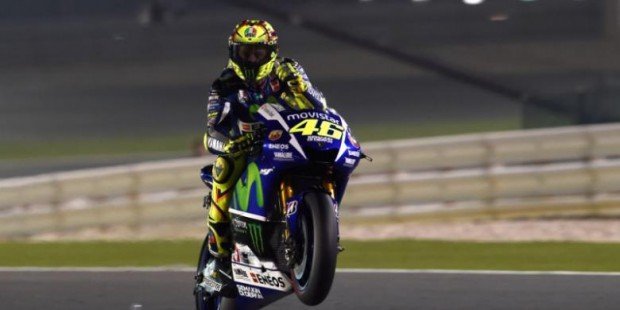 “Napkins on. I have your bag of steaming penis-meat right here, bitches!”

No-one would have predicted that. Except me. I predicted it. Hell, I sacrificed entire Hungarian villages of screaming peasants to make it happen.

It was meant to be a Ducati versus Honda race. Crazy Joe and Dovi had been touching each other like nuns in a monastery over how fast their Ducatis were in practice and qualifying. Dovi even managed a pole position, with Marky Mark and The Bridesmaid foaming at the nethers to shove their Hondas hard into his shit at the first opportunity.

Rossi was languishing in eighth place on the grid. Once again, the grunting hogs and mewling curs had written the Great One off. Once again they had begun to smear themselves with their own sour excrement declaring that it was over for him. He was done. He was too old. Too slow. Not motivated enough.

This was to be a race that Marquez would win, followed by the Ducatis (unless Crazy Joe murdered his team-mate on Turn Three) and maybe George. Or even Yak Miller, who was going to smash the Southern Cross of Aussie Awesomeness across the snouts of the wogs.

Unfortunately, Marky rode off the track in the first corner. Too hot, too soon, too much. He then redeemed himself by riding like a 1000 bastards, tearing the front brake off Bautista’s bike in the process (and yes, there will be howling about that) and into a creditable fifth place.

George got a great start and enjoyed himself for ages, as Dovi and Crazy Joe tore at his back tyre and even passed him down the straight from time to time. Yes, those Ducatis certainly have some oomph – which will be negated by the next race as both the Honda and Yamaha put new transcombobulators into their bikes. Rossi had a shit start, fading into 10th.

But God is God. And as the bloke who thought he was God was smashing his way from dead last, the bloke who really is God went to work.

It was a spectacle for the ages and one of the best MotoGP races in a long time. As George and Dovi fought like rabid dogs, trailed by a clearly terrified Crazy Joe who could be heard screaming: “What the bastard fuck am I even doing here?!” each time he sailed down the straight, God caught them.

Then God passed them, showing that God had made the right tyre choice (hard front) while His team-mate, the Man Who Imagined He Could Be God, faded backwards because he had expended his tyres keeping the now intensely deranged Dovizioso from disappearing.

But even as Rossi took the lead, the doubters commentating (Pom soap-dodgers to a man) stated that Rossi simply did not have the grunt to beat Dovi to the line down the straight.

I trust they are enjoying their bag of steaming cock this morning too.

To his credit, Dovi tried very hard. But God would not be denied.

And so it came to pass.

He was not denied. And those Hungarian villagers did not die in vain.

Yak Miller retired from the race, emotionally shattered after tasting the searing burn of an actually MotoGP race. Which is not like testing or practice at all, huh, Yak?

Maverick scored points, and Asparagus A shoved the new Suzuki into 11th, which was nice.