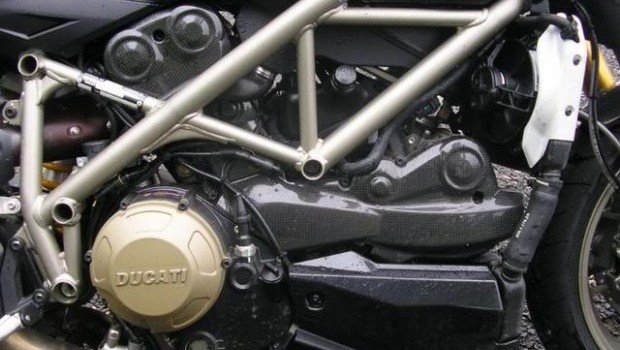 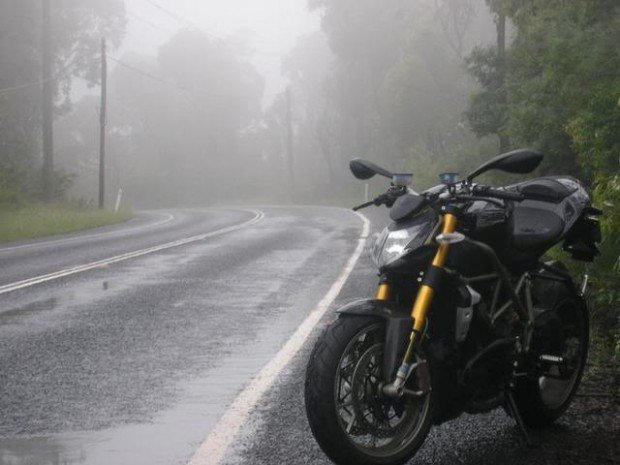 Would it impact on my ability as a rider by screwing with my own innate ability to decide how much throttle is needed in any given situation?

Does it bother me?

Yes, because I ride lots of different bikes. Were the Streetfighter my only ride, then it wouldn’t be that much of an issue. It would make you a faster rider by allowing you to get on the gas earlier and in situations where you may be hesitant. For old dinosaurs like me, it was a leap of faith to try it in the first place – but I did and it works. 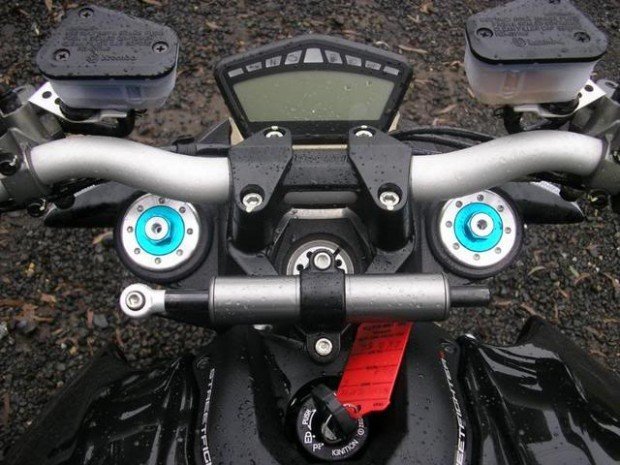 The view from the Captain’s seat

It works for me on a visual level and it certainly works on the road. I have no doubt it would be an absolute blast to punt around a racetrack where you don’t have to keep an eye out for cops and cars. 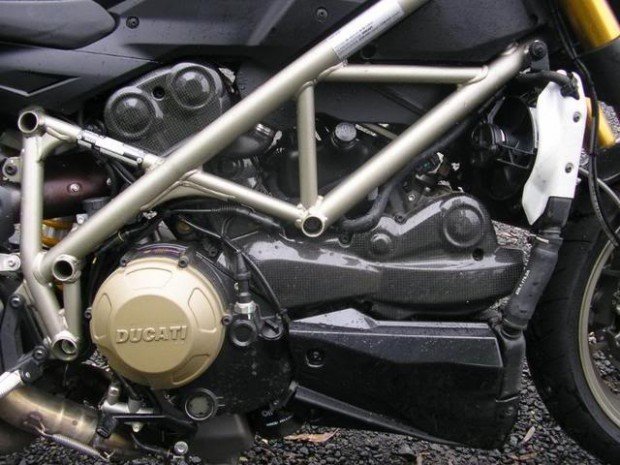 The instruments take a little getting used to. The LCD screen is confusing to read at a glance and you actually have to drop your head, rather than your eyes, to see it.

The right-hand footpeg is another small issue. It’s very hard to get on your toes because the heat guard from the mufflers interferes with your foot position. 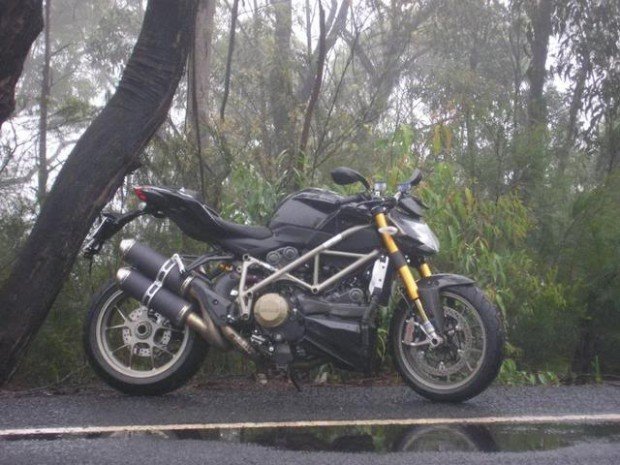 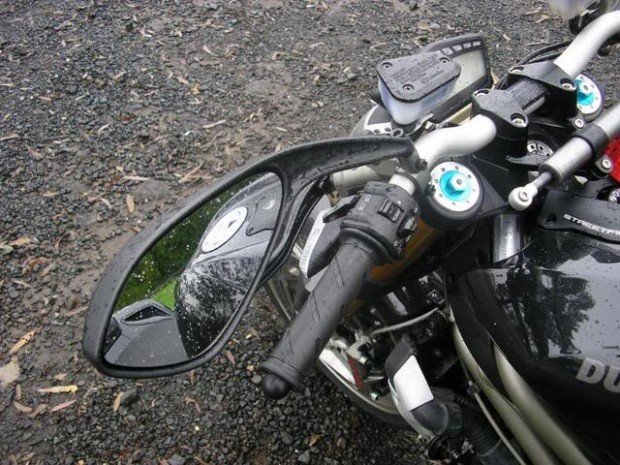 Those two not-insignificant foibles are the only things that really caused me to ask: “Why did you do that?”

The rest of the time I was utterly immersed in the sheer visceral riding whoopee the Streetfighter S serves up in big, smoking, hot, hooligan-inducing lumps of Italian brilliance.

I am besotted. A bit more than I thought I would be. 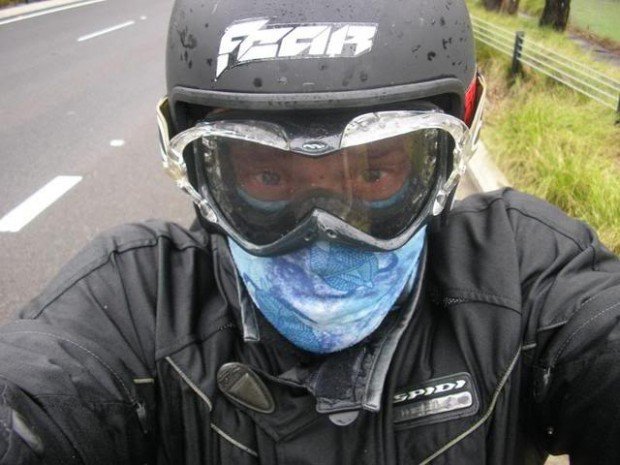 Boris is besotted. And besoaked.