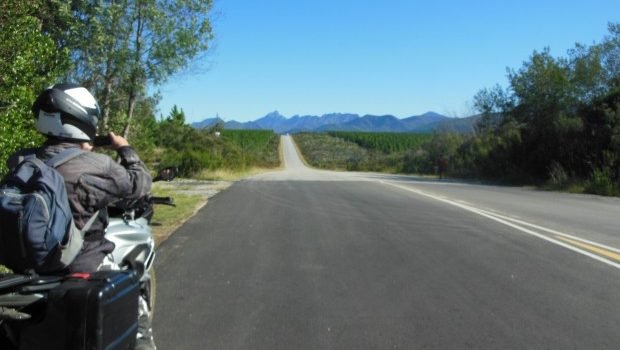 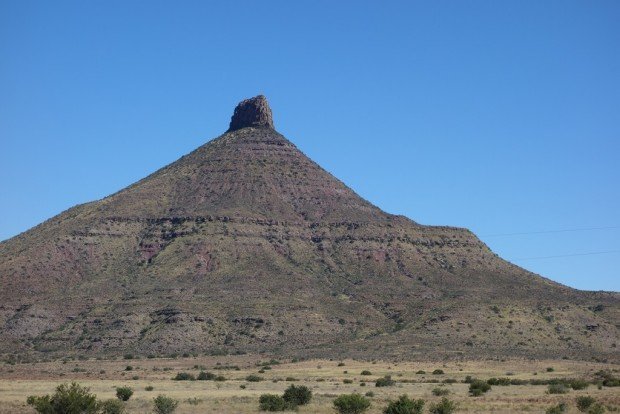 This used to be a castle Tarzan lived in.

I know, I know. It’s a dumb question.

Personally, I have always wanted to ride South Africa. But Mike Ferris, who owns and runs World On Wheels, is smart enough to never take me there. There is more than enough unrest on the Dark Continent without me adding to it all. It would be most unsettling, but inevitable… 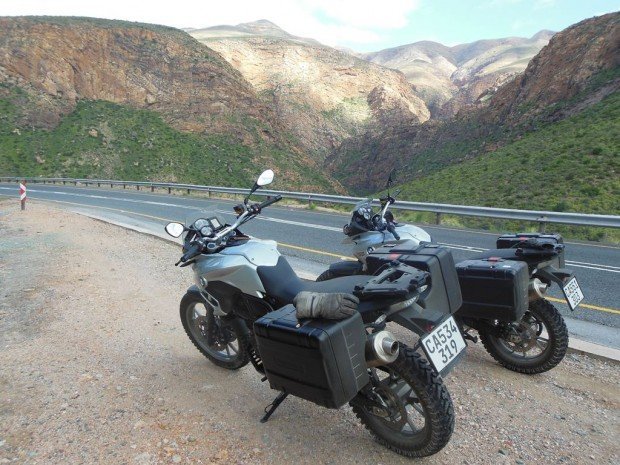 After a bracing motorcycle ride through the uncharted jungles and mountains of South Africa, visiting lost cities and Tarzan, I would retire to my hotel, as you do. Then, crazed by the glory of the ride, the fierceness of the heat, and the beauty of the African night, I would break the shackles of Mike Ferris and go Total Africa. 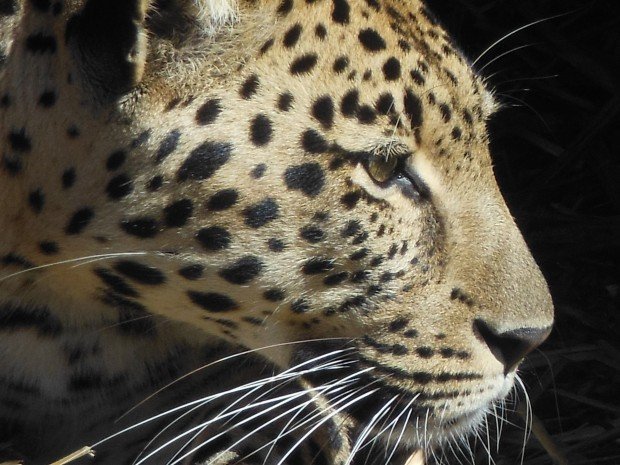 This spotted rattlesnake can be found in the foresty bits.

I would get a spear and seek to join the Zulu nation. I would hunt a lion with the spear and become a man. Or lion-poo. You never know.

I would ride giraffes, dance around a fire with warriors fresh from battle with the English invaders at Isandlwana, and attempt to swing from a vine like my mate, Tarzan. 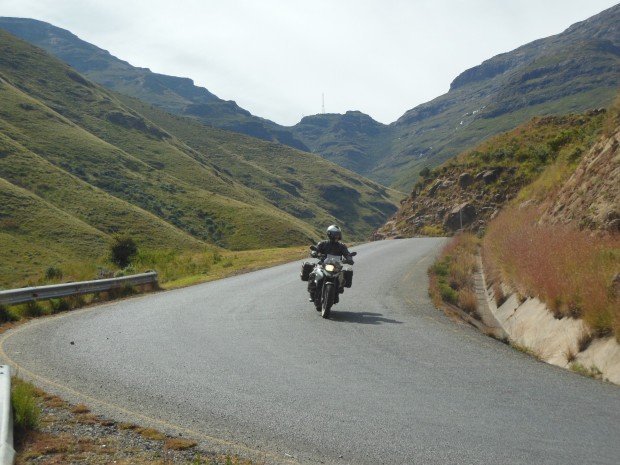 You are allowed to ride in the middle of the road in South Africa.

Mike would not even know this was happening until the South African police brought me back to the hotel in shackles and then extradited me from the country. Mike would have to pay reparations.

So that’s why I am not going.

But you can and you should go. 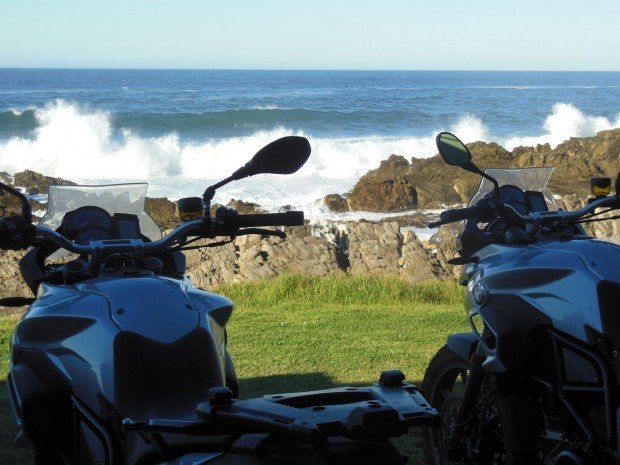 Such a romantic shot. The riders have been eaten by whales, but the bikes are together.

Africa cannot be anything but an amazing place to ride around in.

The tour Mike has planned sounds great.  And he’s planned a few tours all over the world, so he knows he has to feed you proper food, take you down roads you’ll enjoy, and show you things you might not ever see for yourself. This is in stark contrast to going with me. I would lead you into a jungle, where you would crash your bike, then I would be forced to eat you to survive and sell your bones as forbidden ivory to smugglers to get home. So don’t go with me. Mike is your man. 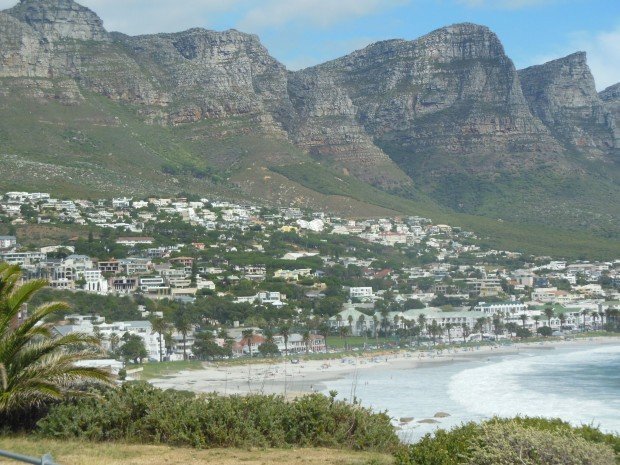 You will join the Zulu warriors to drive the English from this kraal.

Mike’s tour is three weeks long. Which is heaps to see lots of things, and not long enough to get on your tits. If it was four weeks long, you’d be out there with me, wrestling wildebeest. 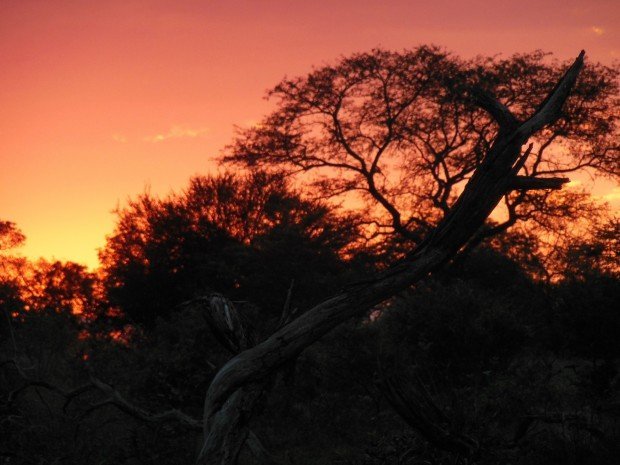 So you kick off in Capetown (that the place with the mad big hill behind it), and go for a tour of Robben Island where Nelson Mandela was locked away for ages. After drinking the fermented blood of zebras (probably), you’ll ride off the next day to Cape of Good Hope – which has seen more than 3000 shipwrecks, so it’s kind of a dumb name. The Cape of the Graveyard of 3000 Ships is heaps better, I reckon. 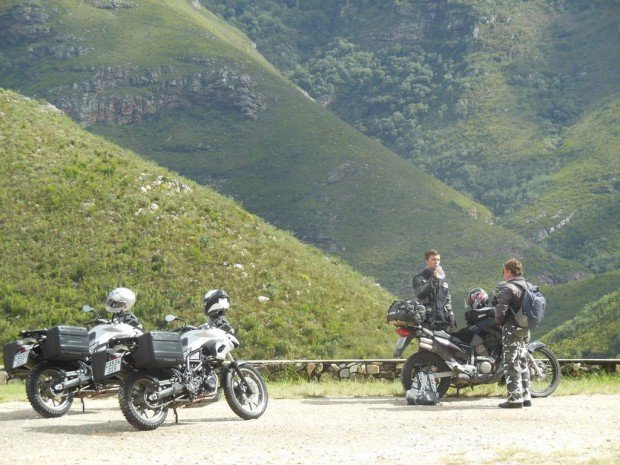 But it doesn’t matter what I reckon. I ain’t going. You are. You then get to ride the famous Garden Route – which I promise you is not going to be through the nicely manicured front gardens of angry Boers. 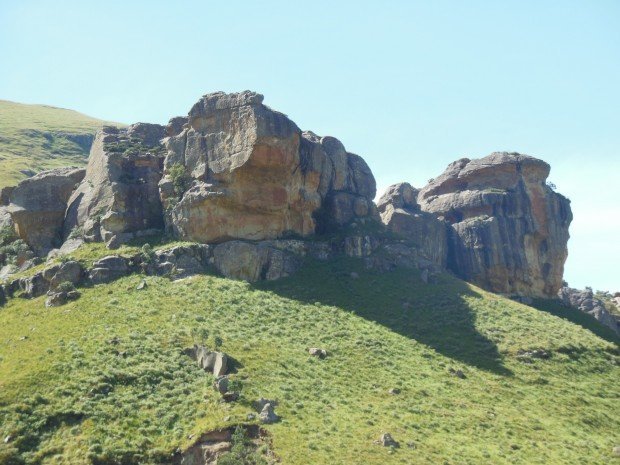 You’ll be able to hold the filthy Redcoats from here for weeks.

You’ll do some mountain passes, and visit Lesotho and Swaziland, and ultimately, you’ll end up at Kruger National Park where you get to hunt elephants with a big gun – and I am clearly kidding about that, so don’t lose your minds, OK? They will not give you rifles to shot the animals you will see. You’re not fat American millionaires.

The tour ends in Johannesburg, where you should have a great final evening recounting your ride to each other and the hotel staff who will smile politely but not really care because they did not go. 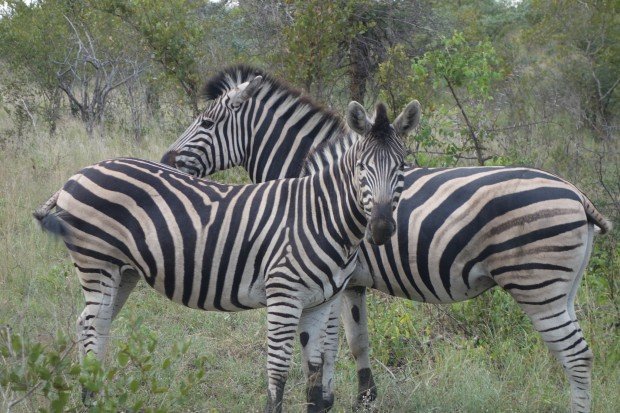 Yeah, like any story about Africa is complete without the spotted horse.

But you did. And you did it on a bike supplied by World On Wheels, which is a BMW. All you gotta do is bring your riding gear, a big hunting knife, a nice jungle hat, a loincloth, and a sense of humour.

Do it. Life’s too short.

PS. Dear ladies, you would bring honour to your kraal if you were to shout hubby this trip. He might bring you back a gazelle.

All the details, costs, and itineraries can be found by clicking HERE. 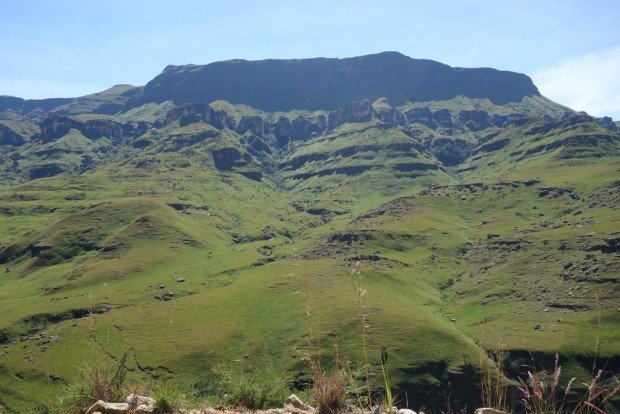 Yep, you can ride your BMW down that hill.