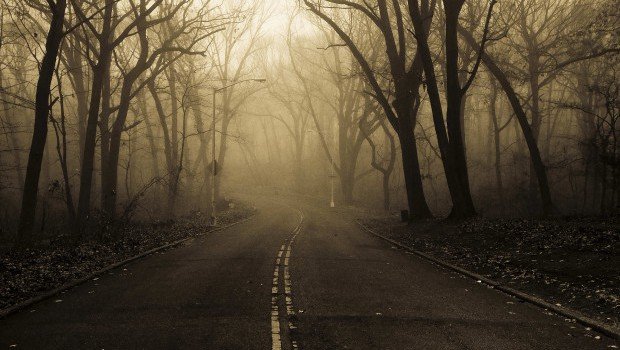 THE MIDDLE OF NOWHERE

“Why have we stopped here?” Brother Silverback eventually asked.

I knew he didn’t really care and was only asking out of politeness, so I responded in kind.

“Because I like stopping in the middle of nowhere and basking in splendid isolation.”

Brother Silverback nodded. He was in total agreement.

And we were in the middle of nowhere, even though it is called the Armidale Road on Google maps. 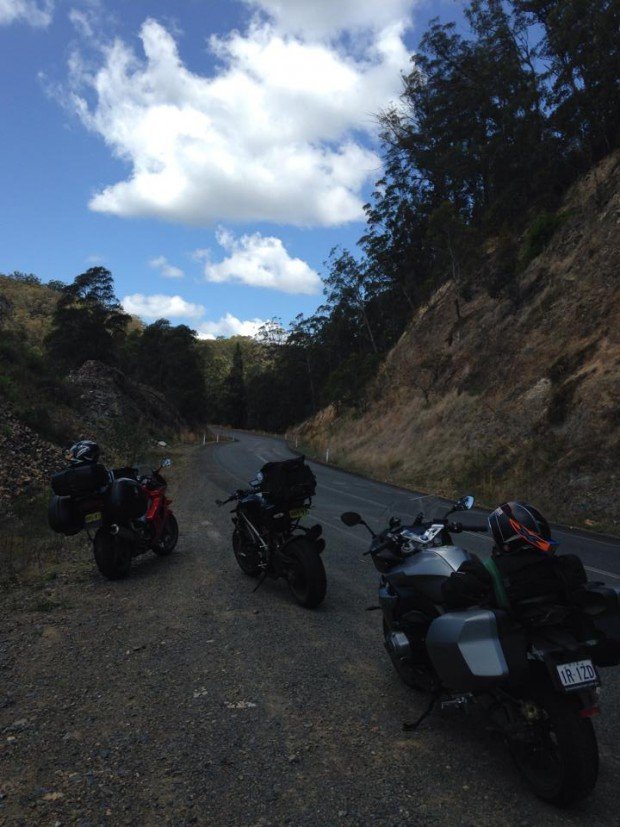 Motorcyclists know it as the Nymboida Road. It splits Cloud Creek State Forest and Chaelundi State Forest. At one end is a bunch of shacks full of banjo music called Dundarrubin, and at the other end is a bunch of cousins who are all married to each other, and then you get to Coutts Crossing and Grafton. It is my preferred way to get to the strippers and whores of the Gold Coast, and I do like to arrive in their midst reeking of fiendishness and high velocity. Which is not something I can soil myself with droning up the major highways and staring at my speedo.

Taking a break from the road in a servo or a coffee shop or a pub is all well and good. Except that it’s shit.

Pulling over in the shade of a tree, turning off the key, stepping off the bike and staring into an ancient forest, a vast brown plain, or a series of distant misty hills, with the only sound being cicadas, birds, wind and the ever-present tick-tack of a cooling motorcycle engine…well, that’s a special kind of special, isn’t it?

Australia is a big country and sparsely populated. You don’t need to go very far to get the experience of being isolated in natural splendour. Usually, two tanks of petrol will do it.

Yeah, I know I can go stand by the side of the Putty Road, the Black Spur, the Adelaide Hills, or the Burragorang race track behind Murwillumbah, and look at views and listen to trees. But they’re just too close to major centres and too busy to offer up what I’m looking for.

Petrol stations are for petrol, coffee shops are for coffee, and pubs are for barmaids. These places exist as a means to an end. You attend them to ‘do’ something.

When I go for long rides I wish to do nothing but ride.

You cannot ‘be’ when you’re being asked “Savings or credit?”

You cannot ‘be’ when you’re choosing between the soy chai frapolatte and the chia juice smoothie.

And I cannot do anything in a pub but drink beer, eat fat steaks and look for a juke box with all of Johnny Cash’s songs on it so I can dance with the barmaid.

Standing on the edge of a road in companionable silence with glorious bastards (or by myself) is the stuff of life.

I may have just danced the dance of my people with my people. That dance that sees you a metre from each others’ back wheels as you dice through corner after corner with immaculate sanity and clarity. A snaking, flesh-metal train of noise, skill, and dry-mouthed concentration. Sure, it’s never gonna be Rossi, Lorenzo, Marquez and Pedrosa aiming for a podium, but it’ll do me and my people.

And if we’ve danced that dance, our eyes are bright. We are smiling. We are shaking our heads. Some of us are lighting post-coital cigarettes. Others might be wishing they smoked because a cigarette seems quite appropriate after such a passionate fandango.

For the first minute or so no-one speaks. There’s just the crunch of gravel underfoot, maybe the sound of a zip or a visor being clipped up. Sometimes a helmet falls off a bike because the rider has been careless placing it on the seat. The sound of it hitting the ground is always funny. So there is laughter.

When the talk comes, and it invariably does, because a bunch of blokes standing silently on the side of the road in the middle of nowhere for 15 minutes is kinda creepy, it’s the talk of glorious bastards.

“How good is that road?” Brother Silverback asked me after an appropriate period of silence.

“Not the place for shit to go wrong,” he grinned back.

“Nothing went wrong,” I sighed. “Everything went right.”

Brother Silverback nodded. “I could have gone faster.”

“I could have passed you like a bitch. I just wanted to be there when you crashed so I could point and laugh,” I lied.

“No phone reception out here.”

“But you do have whiskey?” Brother Silverback asked.

“I always have whiskey,” I replied. “Want some?”

And our isolation got even more splendid.