On 20th January 2016, the Courier Mail reported that it had seen a secret submission to the Taskforce on Organised Crime from the Queensland Police Service (QPS); a submission allegedly fully endorsed by the Police Union. The Taskforce, due to report back on the 31st March 2016, is reviewing the suite of so-called anti-bikie laws enacted by the former Premier Campbell Newman and his Attorney-General, Jarrod Bleijie. As the date for the report looms near, the LNP has embarked on an intense propaganda campaign. It, along with a hysterical media, assert that if the laws are repealed, the Gold Coast will turn into a violent cesspool of criminal activity.

Introduced in November 2013, the laws were slammed by the judiciary and criticised heavily by academics and professionals. They violate almost all of the common law protections set down over centuries to ensure innocent people are not arbitrarily detained and punished by the Government. They have resulted in absurd arrests, including a librarian with no criminal record being charged for having lunch with her boyfriend and a mate. 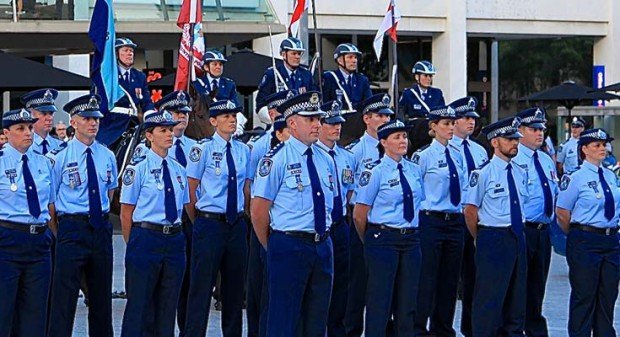 Ready to incentivise the shit out of you.

But back to the QPS submission to the Taskforce.

The QPS and LNP are adamant the laws are keeping Queenslanders safe. Yet despite boasting of thousands of arrests and charges, almost no one has been successfully prosecuted. Lauding success in the absence of convictions seems a little strange. However it all becomes clear when put into the context of the alleged details of the secret submission.

According to the submission, the QPS want the laws to work as ‘incentive penalties’ – that is, provide for extra punishment for those who do not cooperate with the police. In a desperate attempt to reduce the need for actual investigative policing, the QPS want ‘incentive penalties’ enshrined in legislation. The QPS are fighting to have threats, intimidation and dirty tactics approved by the State for common use as a crime fighting measure, instead of seeking out evidence in a fair and honest way.

The QPS has long been a fan of incentive penalties. However the methods used in the past were not officially sanctioned by the Government. An ‘incentive penalty’ based mandatory sentencing regime appears as an attempt to replace the tactics formally embraced by QPS; a threat of jail being supposedly more palatable and clean than a whipping with a telephone cord, or a choke-hold in the cells.

Police Officer: “Why were you and your mates loitering outside that empty house at 5am this morning? Nothing to say? Watch you don’t trip over my … *INCENTIVE PENALTY ALERT*… Whoa! Be careful there. You nearly broke your jaw on that concrete step … What was my question?”

Police Officer: “Are those handcuffs a bit tight for you? No? What about now?” *INCENTIVE PENALTY ALERT*

Police Officer: “I don’t think you’re telling us everything. We’ll just leave you alone for a little while to think …[turns off video recording device and flexes muscles] *INCENTIVE PENALTY ALERT*

Police Officer: “We know you haven’t done anything wrong, but tell us about your mate, Big Joe. No? Well, while you have a little think about it, we’re off to visit your wife and kids.” *INCENTIVE PENALTY ALERT*

Police Officer: “Let’s talk about your friend; the one who works at the chicken shop and drives a very expensive car. But before we do, I want you to have a think about jail. Imagine being inside for 2 years, 5 years, 15? Fifteen years is a long time to watch your back every time you have a shower. A long time to hope you don’t drop the soap … *INCENTIVE PENALTY ALERT* … But anyway, back to your mate with the expensive car. Tell us about him.”

Police Officer: *INCENTIVE PENALTY ALERT* [Shuts door and commences to kick, punch and thrash handcuffed man lying on the floor. Stands back and wipes sweat off face] “No one will believe you didn’t fall …”

Police Office: “We just want the truth; not your version of the truth. The real truth. What do you know about Mary? We don’t want to tell the court you didn’t cooperate.” *INCENTIVE PENALTY ALERT*

‘Incentive penalty’ is nothing more than a fancy term for state-sanctioned threats and intimidation to illicit information.

Putting aside the fact that the QPS, as enforcers of the law, should not concern themselves with matters of sentencing, it has offered up such an abhorrent solution to fighting crime it brings shame to those police officers genuinely trying to protect men, women and children from violent offenders.

Sentencing is not a matter for the police. It is a matter for the judiciary and it must follow the clear principles that a sentence must be no more severe than is necessary and just in all of the circumstances, that the punishment must be proportionate to the gravity of the offending behaviour, and that the sentence is similar to sentences imposed for similar offences committed in similar circumstances.

A sentence may be for punishment, a deterrent, rehabilitation, a denunciation of the offending behaviour, or to protect the community.

A sentence should never be used as a threat to coerce information from a suspect.

Sentences must be at the discretion of a judge.

The personal views of a police officer on the extent of a suspect’s cooperation should be no more than a factor considered by the judge in his or her sole discretion. It must not be the basis or even incidental purpose of a mandatory sentencing regime.

History demonstrates that incentive penalties are terrible at achieving their aim. Studies have shown that suspects will downplay their own involvement in offences, and exaggerate the level of participation of others if it benefits them to do so. Suspects will lie if they feel they have no other choice. But fact and reality has not stopped the Queensland Police Service throwing in a liberal amount of abuse, physical threats and violence to achieve their aims of ‘protecting the community’ in the past.

It is clear that the QPS operates on the basis that people are guilty until they prove their own innocence. Newman and Bleijie ensured the suite of laws operated in that way.

The laws override the very principles that protect innocent Queenslanders. The laws are a gross violation of the rule of law – the basis of Australia’s justice system. The laws allow for arbitrary declaration of criminality by the State, with all the harsh consequences that go with it, for anyone who comes within the deliberately broad scope. Thousands of Queenslanders have the threat of jail hanging over their heads for something as simple as going shopping with their families. Thousands more are unsure if the laws apply to them, by virtue of a vague definition of ‘participant’. The mandatory sentencing provisions found in VLAD, can be applied to every single Queenslander accused of committing a declared offence in a group of three or more.

It is the VLAD laws that the QPS is really fighting to retain, albeit in an adapted form. It wants the state-sanctioned ability to threaten any person it wishes with a harsher sentence for failure to cooperate. It is an abuse of power. It will result in grave miscarriages of justice. The mere contemplation of incentive penalties is simply unacceptable. The concept is abhorrent. There is no place in a democracy for incentive penalties of any sort.