From the 1st of February, Queensland police will be issued liquid-incendiary weapons to help win the WAR ON BIKIES.

Premier Newman announced the new armament funding and weapons program at a recent press-conference where he defended the government’s amendments to traditional legislation and enforcement.

“This new equipment will save lives. I will not ask our police force to do their jobs without the proper equipment.”

“Queensland is overrun with criminal motorcycle gangs, and existing police-issue Glocks have proven an ineffective deterrent in managing these dangerous criminals who account for loads and loads of crimes, regardless of the statistics that many people are claiming prove otherwise.” he said.

Queensland Police are flying an expert in “Thermal Persuasion” from the United States next week, to train the anti-bikie officers in Task-Force Maxima. Police Minister Jack Dempsey commented how fortunate we were to engage the training expert.

“This is a huge win for the Queensland Police Servi… I mean Force, and for the good citizens of Queensland who we haven’t yet associated with any declared gangs. If this bloke hadn’t been stood down with full pay pending an excessive force investigation, we might never have been able to take advantage of this excellent opportunity.” 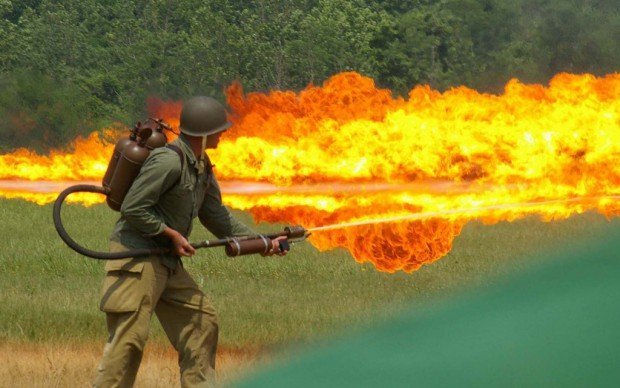 However, some oppose issuing the police with napalm launchers.

Human rights advocate Patrick Starr writes, “The flame-thrower is an indiscriminate killing machine, designed to inflict pain, terror and death. It is unconscionable for the Queensland government to consider them an appropriate tool for law enforcement. I mean, imagine if the Highway Patrol got issued a couple. Good lord!”

Former NSW Director of Public Prosecutions, Nicholas Cowdery, also wrote a superb article (with footnotes) on why the militarization of civil police forces is a danger to public order and democracy, but I have been instructed by my News Corp editor not to publish any of it.

Premier Newman has strongly defended against these opposition claims, saying,

“The Queensland government makes no apology for cracking down on criminal bikie scum who sell drugs to orphan puppies at the RSPCA. Absolutely no apology whatsoever. These flame-throwers are completely justified and necessary for us to get tough, tougher, and tuffiest on crime.”

“The people of Queensland can be assured that I act in their absolute best interests when I agree with whatever Premier Newman said. My many years experience transferring mortgages and deeds mean I am absolutely qualified to concur with the Premier on this matter of criminal law. I am proud that I can give my highest approval to these measures I have been told to support by the Newman government.”

We sought comment from Australian Army officer, Major Stryker Hardy, on the issue of the flamethrowers. 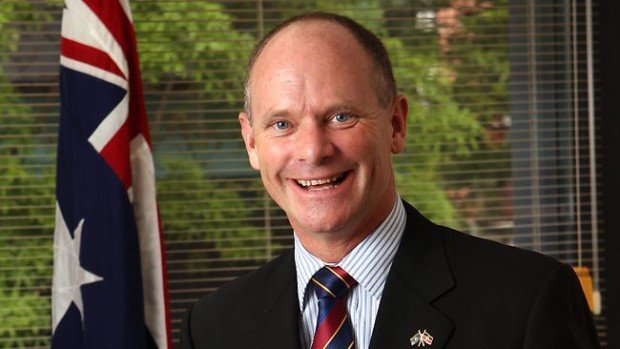 Campbell shows us all his happy flame-throwing face.

“What is your opinion on the effectiveness and accuracy of flamethrowers, Major Hardy? They have been criticized as indiscriminate weapons capable of great collateral damage.”

“They are an elegant weapon, for a more civilized age.”

“So you’re saying they can be used against individuals only?”

“It’s not impossible. I used to bullseye womp rats in my T-16 back home.”

“Are you just quoting a movie, Major?” 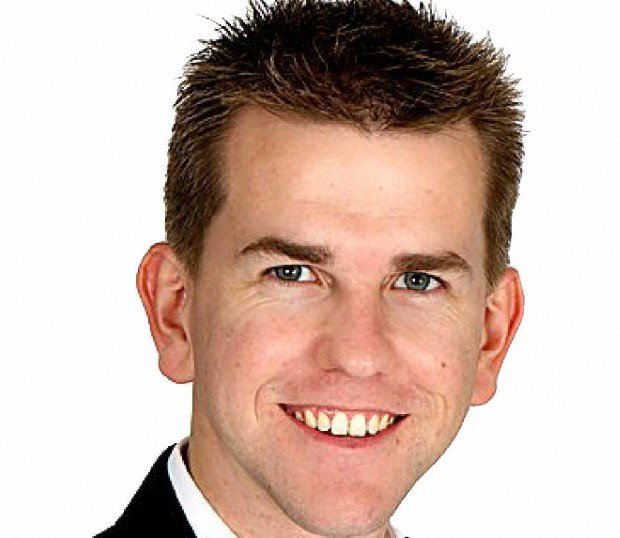 “I’m gonna conveyance the hell out of everything!”

“What effect do you think the new weapons will have on the leaders of outlaw clubs?”

“If they could be turned, they would be powerful allies.”

“Oh of course! If it pushes these nasty characters out of their jobs and our communities, how could I be against it?”

“We need to get tough on crime. These young people with their tattoos and their rock and rollering, and their drugs. It’s got to stop. If the government is doing something about it, then good.”

“So you think the police should have flame-throwers, Earl?”

“I think they should be tough on crims.”

“Maybe they should have tanks, too?”

“Damn right! Like I said, we should be tough on crims!”

“Can you think of anything the police should not have, Earl?”

“Well, should the police have… Anthrax?”

“Is Anthrax tough on crims?”

“It’s tough on everyone.”

“Well, we all have to make sacrifices.”

“Thank you for your time, Earl.”

Of course the Queensland government has not acted without appropriate consultation with police.

“Yes, right. Officer Simms, when do you think we will see results from the new equipment issue?”

“Well, we should see results immediately! No-one will mess with us when we have flamethrowers. Arrests and charges should be a lot easier.”

“What about convictions, though?”

“Convictions. You know, after you charge someone they need to be convicted of something or else it doesn’t mean anything. It was all just a big waste of time. So what about conviction rates?”

“Oh, we don’t talk about those… but they should improve, too. It’ll soon be illegal to wear the same t-shirt as two other people in the same place, so music festivals and charity marathons should be a bloody goldmine. Won’t know what hit ’em. And certainly no-one will argue over illegal t-shirts with a fire-gun in their face.”

Queensland Greens senator Larissa Waters spoke publicly yesterday, over concerns about the cost of fuel, and the environmental impact of smoke from clothing and criminals who flagrantly disobey new laws and dare to say hello to friends and family at the shops.

“There’s no need to worry about any of Larissa Waters’ concerns. The Greens won’t even be a publicly funded party by next election. We’re moving the goal-posts in a more progressive direction. But of course all these measures make me very sad to have to implement, and will certainly be reviewed and discussed at length within three years, or whenever I offer to sell Energex to the Chinese.”