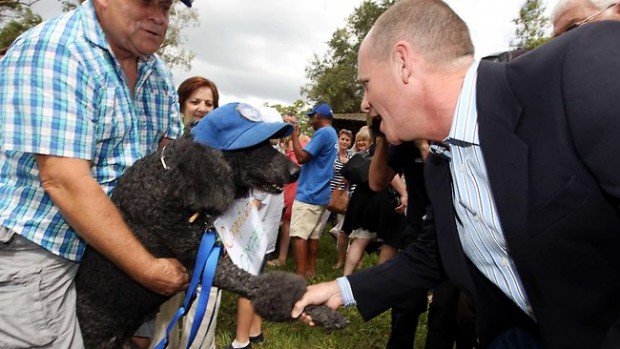 “PLEASE BE MY FRIEND”

It is a well-known human inclination to seek acceptance from one’s peers. And commonality is key when forming friendships. People want to spend time with those who make them feel good. They will often look to these people, known as their “friends” for affirmation and support while making difficult decisions, or attempting to justify contentious actions.

Friends are important – especially when they offer you validation.

Even hardened criminals have friends.

And so, apparently, do our political leaders.

Queensland Premier, Campbell Newman, desperate to counteract his fast-waning popularity, and to escape the scathing criticism of his compatriots, recently headed to New York, to seek solace and comfort in the arms of famed Police Commissioner, Bill Bratton. 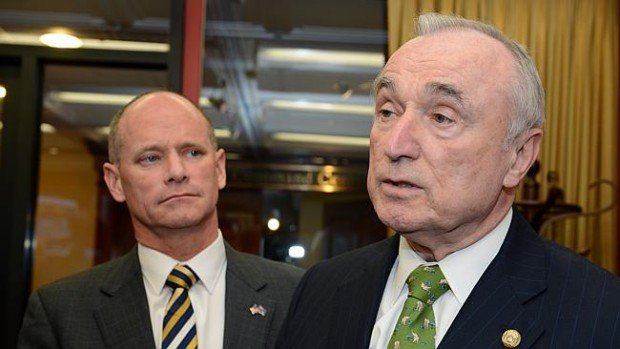 I love Bill so much…

This is hardly surprising given the brutal reaming he has received from every quarter back home in Australia.

And as if this wasn’t enough, on two separate occasions, senior New South Wales police (who one would think would be close allies of Newman’s insane law and order agenda), have publicly refuted the need for the so-called bikie laws introduced in Queensland.

They have repeatedly questioned the rhetoric spewing from the Queensland Government, labelling the reported mass exodus of bikies as “myths”. Bemused New South Wales Deputy Police Commissioner Nick Kaldas was reported as saying, “I really can’t say why politicians say what they do”.

However “evidence” is not something Attorney General Jarrod Bleijie is familiar with, so far refusing to provide anything at all to substantiate his claims that Outlaw Motorcycle Clubs are in fact criminal organisations. 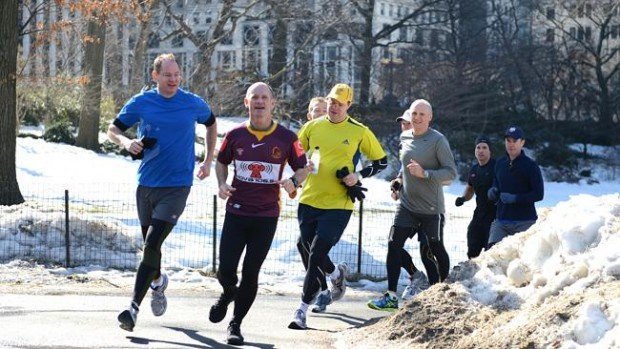 Here is Newman pretending to be a “statesman” out for a jog, complete with entourage. As if anyone in New York would have any idea who or what he is or even bother finding out.

But back to Bill Bratton in New York.

Newman, with only Jarrod Bleijie and his bosom chum, Crime and Misconduct Commission chairman Ken Levy, on side, was no doubt feeling the heat. So he took himself off to the Biga Apple and the opportunity to seek affirmation from New York’s own crime-fighting legend.

If internet sources are to be believed, Bratton is a top cop, not just in rank but also in achievements. He has a zero-tolerance, no-nonsense policy, cracking down on petty crimes and building relationships with the law-abiding public. His approach, it would seem, is non-discriminatory, and he is unafraid to tackle police corruption and reshuffle multiple senior positions to get the best people in for the job. By all accounts, Bratton has had a distinguished career.

It is no wonder Campbell schmoozed him. What better way to attempt to rebuild credibility than seek affirmation from such a highly regarded police chief? Even if no-one north of the Tweed or south of the cape has ever heard of him.

And unsurprisingly, in response to Campbell’s bid for congratulations for his erroneous laws, Bratton said, “Hooray for you” and assured him to “Go for it”.

The context of a law and order campaign is vitally important here. 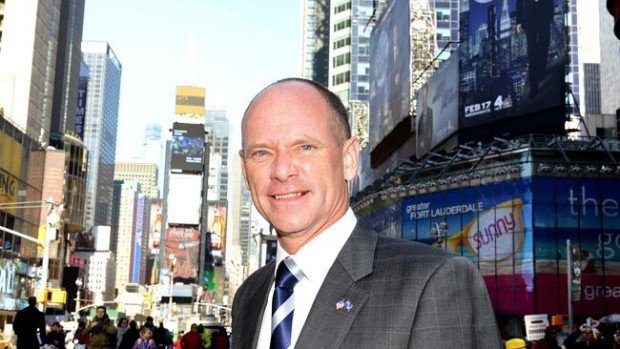 New York had a serious crime problem. Gangs roamed the streets; people were murdered in their thousands. Something clearly had to be done. But Bratton’s no-nonsense, hard-lined approach targeted all criminals, not just those responsible for less than 1% of crime.

Comparing Queensland and Newman’s legislation and approach to New York and what happened there is just farcical.

In his pally chats with Bratton, it is almost certain Newman over-stated the criminal activity attributed to bikies and organised criminals, and communicated the same lies, deceit and misinformation he has been relentlessly spoon-feeding the people of Queensland. This is obvious from the fact Bratton compared Newman’s laws to the United States federal Racketeer Influenced and Corrupt Organizations Act (RICO), aimed at eliminating organised crime, and specifically targeting the Mafia.

Any similarity between the VLAD legislation and the RICO laws, which have had some little success in curbing organised crime, is transient and rather illusory. And the alleged success of RICO does not negate the fact Newman’s laws violate the fundamental principles of Australia’s justice system.

Unlike Newman, who has asserted all along that his VLAD laws (the mandatory sentencing provisions most closely aligned with RICO) will only be used against bikies, RICO is most commonly used against white collar corporate criminals, with even the Catholic Church named as a defendant.

The RICO laws are highly complex and have a number of distinct elements which must be proven for the laws to take effect. The laws require a proven pattern of related criminal activity, which is of sufficient duration, usually over at least several years. While the defendant themselves may not have actually committed a crime, there must be a link between them, the enterprise and the criminal activity (which are clearly organised crime offences) that has taken place. And all of the elements must be proven by the State in a court of law – as it should be.

This is quite unlike the Queensland VLAD laws, where there is an assumption that a group of three or more people who commit a minor offence (and which has no correlation whatsoever to organised crime), is a group which participates in criminal activity. The burden of proof is reversed and the defendant must prove their innocence.

Surprisingly, neither Bratton nor Newman make mention of the anti-association provisions in their media interviews. This may be because anti-association laws have been found to be unconstitutional in the United States in the absence of any imminent and real threat of criminal activity. Of course, the United States also has a Bill of Rights, which affords citizens far more protection from the excesses of the State than Australians have.

No doubt Campbell thought he was onto a public relations win. Lauding the success of Bratton in clearing up New York’s streets nearly two decades ago, he fails to appreciate that Queensland is incomparable.

The actions of the Queensland police are alienating people; the families of those arrested for simply associating with family and friends, law-abiding motorcyclists who have borne the brunt of over-zealous officers deprived of the right to exercise discretion, and many more who actually care about their right to go about their business without arbitrary inference by the State.

Campbell cannot quell the disquiet smouldering within his own Liberal National Party, who are concerned about the serious damage the Queensland Government’s laws are doing to the party brand. As Federal MP, George Christensen stated the laws “fly in the face of conservative and libertarian principles”.

Campbell and Jarrod’s insistence that the laws only apply to bikies is patently and manifestly absurd, particularly given the miniscule percentage of offences attributed to bikies and associates. In fact, in relation to a plea for Queenslanders to “dob in a bikie”, Police Minister Jack Dempsey recently admitted that with over 922 pieces of information received since the introduction of the laws, there had only been 42 arrests, and wait for it, none of those arrested have so far been proven to be bikies.

Of course, if Newman’s new laws are applied equally to all, Queensland really would truly become a fascist state.

Campbell’s New York visit is nothing but a pathetic and desperate attempt to garner public support by leveraging off the success of international policies – policies that were enacted in completely different circumstances and to deal with a real threat of violent crime.

The Queensland laws were introduced on erroneous grounds and it is doubtful they will impact on organised criminals at all. No amount of name-dropping will make them credible.

But at least Campbell feels like he has made a friend.