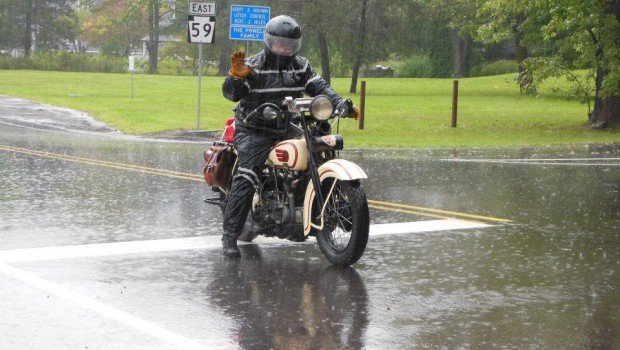 Sometimes, I am required to transport unwieldy items upon a motorcycle, much like a limping Mexican mule might be called upon to haul bags of shucked corn to a distant hacienda.

And so I must eschew the terrifying glories of a sportsbike-commuting and reconcile myself to piloting a more luggage-friendly motorcycle.

Such was the case just the other day, during one of Sydney’s seemingly endless rainy days, when a bag of important stuff had to be taken to my city office.

I swapped the Fireblade for one of them new, fully-loaded Suzuki V-Stroms – a delightful machine, but its delights are not those of the Fireblade – and set forth.

Now I solemnly promise to deal with those respective delights in the forthcoming reviews. But what I wish to tell you about now concerns an ‘Adventurer’ I encountered as I splashed my way to work. 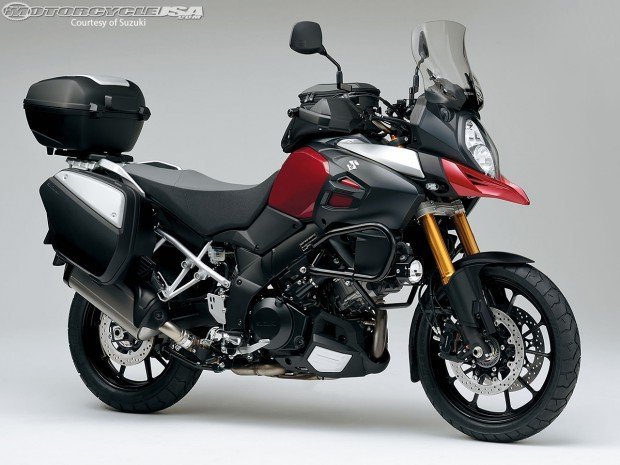 Please bear in mind that the V-Strom I was riding was equipped with Pirelli Scorpion Rally tyres – glorious dirt diggers which are, quite naturally, mildly diabolical on cold bitumen and slightly more diabolical on wet bitumen.

No biggie. I am a man. I have traction control and I’m going to bastard work with my bag of important stuff and I shall not die this day.

But the Adventurer I beheld in front of me as I lane-split down Windsor Road in the pre-dawn murk, I was not so sure about.

I saw his magnificent suit before I saw him.

To my untrained eye, it looked like a Kalahari-Nevada Leppard-Seig Mark VII, and it was all cream-and-grey-and-black-and-red with contrasting piping and accents.

He would have looked stupendous smashing off the top of a 200-metre-high dune 352km due west of Addis Ababa.

And to be honest, he looked pretty damn stupendous wallowing between the cars at about 3.06km/h with his legs dragging along the ground like two splayed crutches. 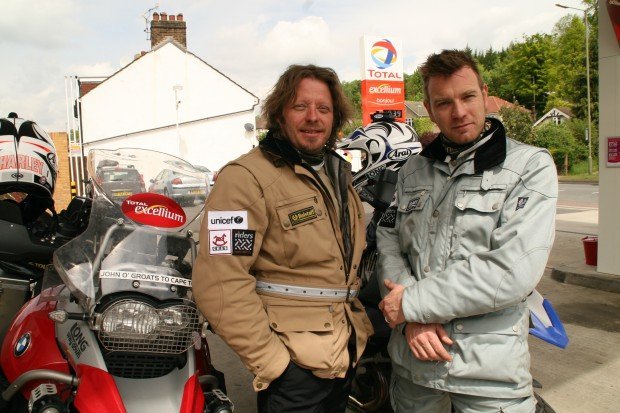 There is so much adventuring awesome in this image.

I actually thought he had stopped and was a trapped between vehicles when I came up on him at more or less the legally-prescribed lane-splitting velocity of 70-or-so km/h.

So I stopped, and prepared to render my brother-of-the-handlebars whatever assistance he might have required. Then I saw that he was actually moving, but not as I understand ‘movement’. I even saw his extended legs brushing the sides of cars and trucks as he slowly wended his way forward.

His steed was, of course, an access-all-areas BMW GS sans panniers, for which I’m sure the car-drivers he was scraping his way past were grateful. Those mighty aluminium cases would certainly have left more of an impression on their duco than his Gore-Tex-skinned outrigger legs did.

I idled along behind him, my legs on the pegs and the V-Strom’s massive PIAA spotties illuminating all before me. They lit up the big Ulysses sticker on the Adventurer’s top box beautifully and I was immediately seized with great concern.

Perhaps the man was ill? Perhaps he was being wracked with a stroke? That had to be it. The Ulysses decal identified him as a rider of great skill and vast experience, so it could only have been health issues that were causing him to ride like a thirsty giraffe at a waterhole.

I immediately placed myself a metre from his rear wheel, which would have enabled me to succour him upon the instant should the stroke he was clearly suffering caused him to keel over, or if one of his legs was caught on a car and he was dragged off to his death. It was a fair bet his mighty adventure pants would not tear easily, so it might be a few kilometres before the car driver noticed what was being towed behind his car.

I did not, as you might think, toot my horn and scream imprecations at the Adventurer. Which is what I normally do when some base-skilled shit-dam clogs up my lane-splitting with his effete motorcycle-trundling. A stern “Getaouttathewayacunt!” might well have been counter-productive at this stage.

So we idled along.

Him dragging his feet. Me not dragging mine. And then we got to the next set of lights.

To my intense chagrin, he did not move in front of the cars like a considerate brother-of-the-handlebars would have done. Instead he left me trapped between them and behind him.

Clearly, some instruction was needed at this stage. Perhaps the stroke had rendered his senses and his ability use mirrors inoperative. I was banking on the hope that if he was indeed blind, perhaps he was not yet deaf.

I saw that he inclined his head towards one of his excellent BMW mirrors.

His head moved back to where it was. He remained stoically immobile. I remained trapped.

It was obvious the stroke had damaged him more than I’d first thought. 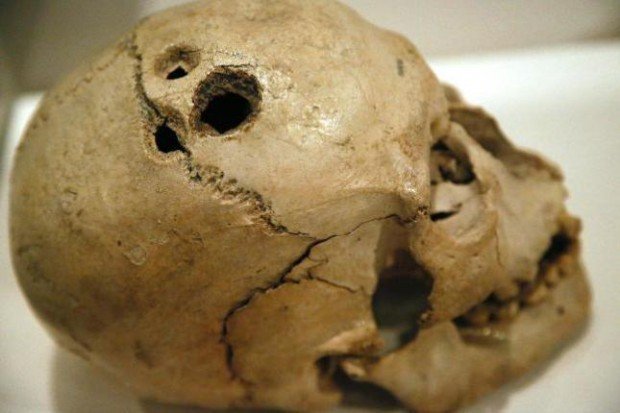 Trepanning – good for what ails you.

An uncharitable part of me was thinking that I would certainly be able to relieve the bleeding that was occurring on his brain by trepanning him with my mailed fist just a little way up the road (provided, of course, that I was not killed when the traffic moved off) and thus make things better for both of us.

The lights changed and he idled off, feet dragging on the ground again, until he reached a velocity of maybe 50km/h, whereupon his feet made their way back to his pegs.

He’s cured! I cheered inwardly. Whatever dire affliction had befallen him and which had caused him to ride in a manner both unsafe and indecorous, had now relented. Obviously, some traces remained, for the Adventurer did not go faster than 60km/h and was shortly to be once again imperilled for we were in an 80-zone, and the traffic was hard upon us.

To my eternal shame, I felt that this was not my circus any longer, and he was certainly not one of my monkeys.

If the man was indeed ill, then I lacked the requisite skills to assist him. Certainly, opening up his skull to relieve the bleeding on his brain was doable, but passing motorists could well misconstrue what was happening.

No. It was best that I go upon my way, in dignity and with manifest élan. That way, if he was to fold himself under the wheels of a bus in the very near future, I would not see it. And if I do not see it, then it did not happen.

He was, as we all are, in the hands of the Road Gods.

I changed into second and rode to work like a water-shedding, puddle-gouging, traction-control-loving Boss.